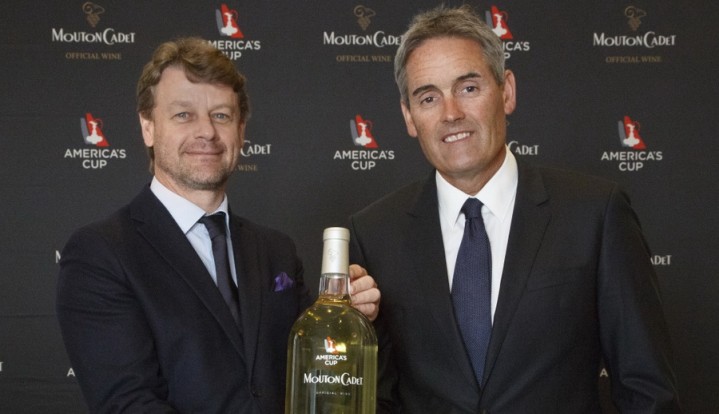 The limited edition red, white and rosé wines have been produced to celebrate the new relations between the leading Bordeaux brand and the 35th America’s Cup as Official Wine. Bespoke packaging for the trio has been designed in collaboration with Sir Russell Coutts whose signature appears on every bottle alongside a glass-etched design depicting the forces of nature on land and at sea.

Speaking of these relations between the world’s leading Bordeaux brand and the world’s most famous yacht race, Hugues Lechanoine commented: “Mouton Cadet and the America’s Cup share a common vision. The winemaker in charge of a vineyard and the people in charge of the competition for the oldest trophy in international sport both require a deep understanding of and respect for Nature, and a dedicated team working with them to achieve their goals.”

Hugues Lechanoine went on to explain that Mouton Cadet’s talented winemakers work with more than 400 exclusive grape growers on Bordeaux terroir, using sustainable practices to grow healthy vines and together produce top quality grapes for the wines. This has much in common, he said, with the America’s Cup teams who also “work with Nature, interpret the conditions, plan their course and strive as a team to be the best.”

During the unveiling of the wines, Sir Russell Coutts stated “Mouton Cadet is the ideal Official Wine for the 35th America’s Cup and we are excited to have them on board. Teamwork is of paramount importance to Mouton Cadet and also to the America’s Cup as the teams work with their crews to skilfully and rapidly navigate across the race course to reach the finishing line. Both Mouton Cadet and the America’s Cup are world-leading brands which have been built over many years through the dedication of committed teams who pull together to achieve and sustain the number one position.”

Trinity House in London was chosen as the ideal location to mark the occasion as it is home to the UK’s official charity dedicated to safeguarding shipping and seafarers, and it was in the UK that the first America’s Cup was contested in 1851. At that time the trophy was awarded by The Royal Yacht Squadron Isle of Wight to the schooner “America”, thus becoming the America’s Cup. In recognition of the origins of the competition, the first delivery of Mouton Cadet 35th America’s Cup Special Cuvée wines will be to the members of The Royal Yacht Squadron in Cowes Isle of Wight.

Due for retail release at the end of May, the Mouton Cadet 35th America’s Cup Special Cuvée wines will be sold in selected stores around the world promoting the America’s Cup, including Harrods, and at www.waddesdonwine.co.uk . The RRP in the UK is £19. The wines will also be served in all official hospitality throughout the 35th America’s Cup which takes place in Bermuda in May and June 2017. 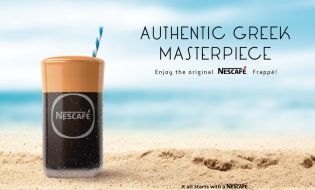 [Promo] What is that makes Nescafé Frappé so different?

What is that makes Nescafé Frappé so different? Why is it considered to be Greek?...