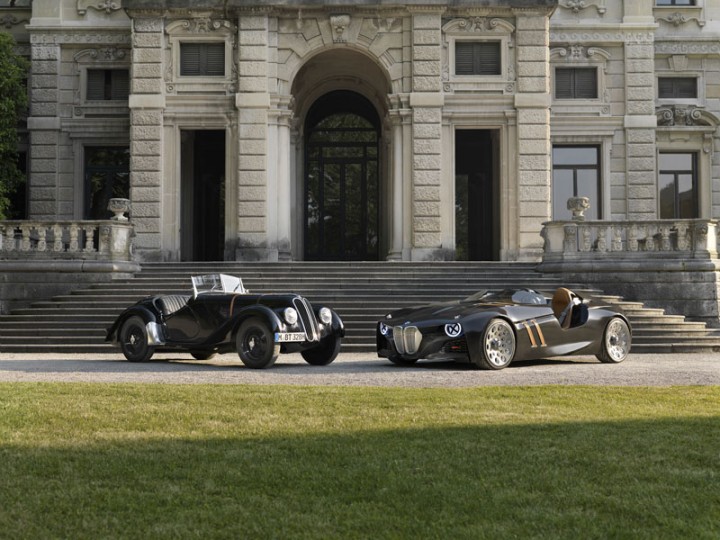 BMW Group Classic and the Grand Hotel Villa d’Este present a journey through time on the shores of Lake Como from 20th to 22nd May 2016, covering different eras of mobility

The motto “Back to the Future – the Journey continues” creates the arc between the initial years of the event to the present day +++ 52 rare automobiles and 30 historic motorcycles will line up at the start +++ Special exhibitions: “Hommage Vehicles” to celebrate the landmark centenary of BMW and “80 Years ago – BMW R 5 – the new Sporting Image”.

Munich/Milan. The Concorso d’Eleganza Villa d’Este is the world’s most exclusive heritage event for historic automobiles and motorcycles. The event has a long tradition extending back to the year 1929, when the first exhibition entitled “Coppa d’Oro Villa d’Este” was held in Cernobbio, Northern Italy, as a showcase for new launches in the automobile sector. This was followed by decades of changing fortunes. In 1999, the BMW Group became the patron, and since 2005, BMW Group Classic has joined forces with the Grand Hotel Villa d’Este as the organiser of this pageant of rare beauties, which several thousand enthusiasts and participants come to see from all over the world each year. 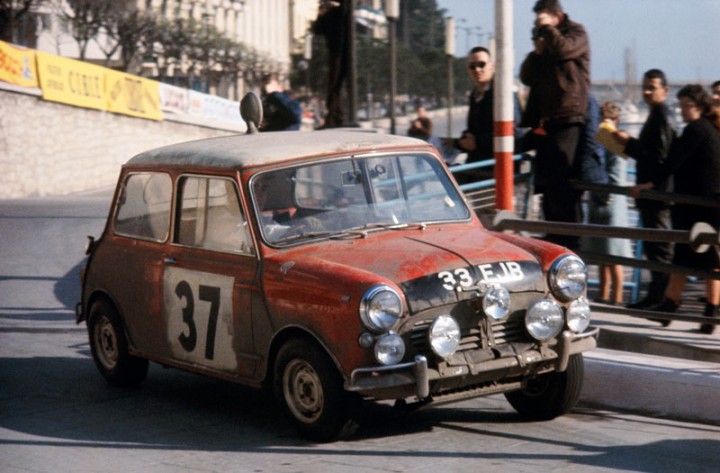 The motto of this year’s classic weekend is “Back to the Future – the Journey continues” and it reflects BMW’s centenary motto “The Next 100 Years”. The world’s most successful premium automobile manufacturer is this slogan using for its activities in this anniversary year. The concept of the event and the exhibited vehicles encompass an impressive combination of tradition and vision. This aura is augmented by the award class Concept Cars & Prototypes, which is unique and not replicated in any of the world’s other classic events. The vehicles presented express the creative passion of leading designers in our time, along with their perspective on the future. The focus is on the current visions for automobile design in tomorrow’s world, as a counterpoint for the retrospective show of important historic vehicles. The decision on allocation of the Concorso d’Eleganza Design Awards is taken by a public referendum.

BMW Group Classic is presenting the special exhibition “Hommage and Concept Vehicles” in the Padiglione Centrale at Villa Erba. The show demonstrates how closely history and the present day are intertwined. The Hommage and Concept Vehicles of the brands BMW, MINI and BMW Motorrad are presented side by side with their historic counterparts, a juxtaposition which highlights the importance of traditional values for the development of pioneering design. The spotlight continually reflects the company’s 100 years of history and falls on vehicles which have exerted a significant impact on individual mobility in their time. The BMW Hommage Vehicles embody the motto of this year’s Concorso d’Eleganza Villa d’Este in a very special way. As in previous years, the BMW Group will once again surprise visitors in 2016 with new concept vehicles that have never been presented before.

Some of the pairings in detail:

The very special attraction of the Concorso d’Eleganza Villa d’Este is provided by the unusual combination of selected historic vehicles on two and four vehicles together with the presentation of the latest concept cars and prototypes. The beauty contests are the centre of attention in the stylish environment of Villa d’Este and Villa Erba. These pageants set the stage for the display of rare and unusual vehicles from different eras. The automobile contest sees 52 vehicles of outstanding class and with fascinating histories competing in nine categories for the favours of the Jury and the public audience. 30 motorcycles in five categories provide a blue-riband field of competitors. The different award classes define thematic focuses for reviewing the history of vehicle construction. 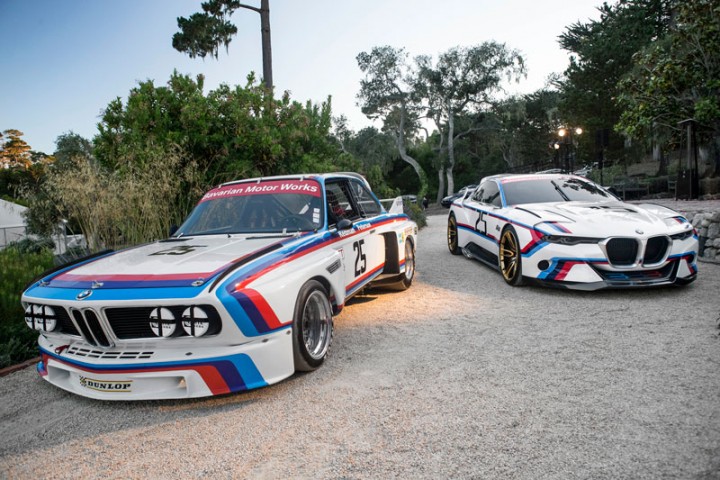 Unforgettable rarities from the pre-war era are presented in two classes. The category
“Pre-war decadence – Flights of automotive fantasy” highlights vehicles which reflect the decadent luxury of the 1920s and 1930s.
“Pre-war supercars – The Fast and the Flamboyant” represent the ambition to achieve peak performance and the exhilaration of speed, which were equally typical of this era.

Unique specials that were primarily produced in the period from the 1920s to the 1950s by renowned manufacturers or coachbuilders for particularly sophisticated customers are waiting to be discovered under the title “Sur mesure et haute couture – One-offs for the connoisseur”.

The class “Petite Performance – Pretty Pocket Rockets” reflects the enthusiasm for sporting characteristics and dynamic bodywork contours. The demand for compact two-door cars with open or closed bodies was particularly high during the 1950s and the 1960s.
The headline “Daring to be different – Design that pushed the envelope” encapsulates the bold statement made by vehicles that are often the subject of significant controversy while representing ground-breaking innovations from the areas of design and technology.

The class “Cars of the stars – From the silver screen to the studio lot” presents vehicles with a history closely linked with movie history. Automobiles are shown which once either played a leading role in famous films or were owned by heroes of the silver screen like Steve McQueen or Marcello Mastroianni.

The category “GT Man is back – The golden era of sports car design, 1950 – 1975” exhibits exclusive representatives of the Gran Turismo family of vehicles, which were popular especially in Europe.
The class “Driven by excess – from Glam Rock to New Wave” showcases the automobiles from the disco era defined by extravagant technology and design.
The category “Rally cars – Heroes of the special stage, 1955 – 1985” includes spectacular rally vehicles from campaigns in three decades of rally racing.

The Selecting Committee has once again expanded the range of vehicles presented at the Concorso d’Eleganza Villa d’Este with the award classes reserved for comparatively young entrants. The aim is for these vehicles to attract and enthuse new target groups among the participants and visitors.

For the sixth time, the Concorso d’Eleganza Villa d’Este held on the shores of Lake Como in Northern Italy will also rank among the world’s most exclusive highlights of the year for owners of historic motorcycles. The heritage beauty contest for classic vehicles from different eras provides the backdrop for grand performances on both event days for the rare gems on two wheels. On the Saturday, the motorcycles will line up in a parade for the Concorso di Motociclette. They will go on a street run along the roads of Como and Cernobbio before finishing with a ride through the grounds of the park at Villa Erba and arriving in front of Villa d’Este. On the Sunday, the two-wheelers will be arrayed there for appraisal by the expert international Jury. 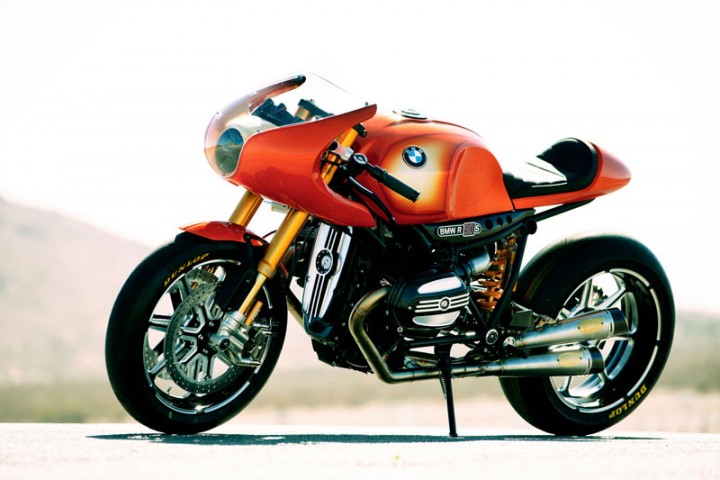 The award classes defined for the beauty competition enable visitors to experience the important staging posts in the development of the motorcycle and its most important representatives. The following classes have been defined to focus the attention of the public audience on particularly fascinating types of vehicle and historical phases.

The categories of “Daring to be different” and “Pre-war Decadence” were selected on the basis of two award classes in the automobile competition with the same designations. The two-wheeler exhibits are therefore also presented as protagonists of bold and often pioneering innovation in vehicle design, and provide a two-wheeled dimension for the celebration of extravagant and sophisticated engineering from the 1920s and 1930s.

The key concept of “Off-road” will recall the early stages of the trend towards motorcycles with off-road capability for the biker community on the west coast of the USA. The category of “Private Racer” represents particularly impressive specials on two wheels.

The class “Temporada Romagnola” is reminiscent of the atmosphere at road races for motorcycles held in different Italian cities during the springtime season between 1945 and 1971.

Alongside the five award classes, there is also the special class “80 Years ago – BMW R 5 – the new Sporting Image”. This class is dedicated to the BMW R 5 presented 80 years ago. The model was powered by a flat-twin Boxer engine with a completely new design generating 24 hp. This was based on a machine that had already campaigned successfully on race tracks during the previous year. The BMW R 5 featured an innovative arc-welded tubular frame with twin down tubes, and the gearbox was controlled by a foot lever for the first time. Another innovation enabled the rear brake to be operated with the top of the rider’s foot to yield a particularly sporty riding experience.

The most important programme items of the Concorso d’Eleganza Villa d’Este 2016 are concentrated on the two weekend days. The various special exhibitions like “Hommage and Concept Cars” and “80 Years ago – BMW R 5 – the new Sporting Image” are open to the public throughout. Visitors on the Public Days can follow the start of the Motorcycle Street Run from 14.00 on the Saturday and see the 30 competing motorcycles in five classes. In the afternoon, the “Coppa d’Oro Villa d’Este” public prize will be the first important award to be presented. On the Sunday, the 52 competing automobiles will be presented, and the presentations for the winners of the individual award classes start in the Sunday afternoon. These include the public prizes “Concorso d’Eleganza Design Award” and “BMW Young People’s Award”. On Sunday evening, the international Jury of experts will confer the title “Best of Show” as the high point for the automobiles. 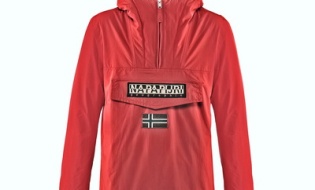 The evolution of the Rainforest Jacket

The Rainforest anorak is one of Napapijri’s most recognisable styles, initially developed following the success...