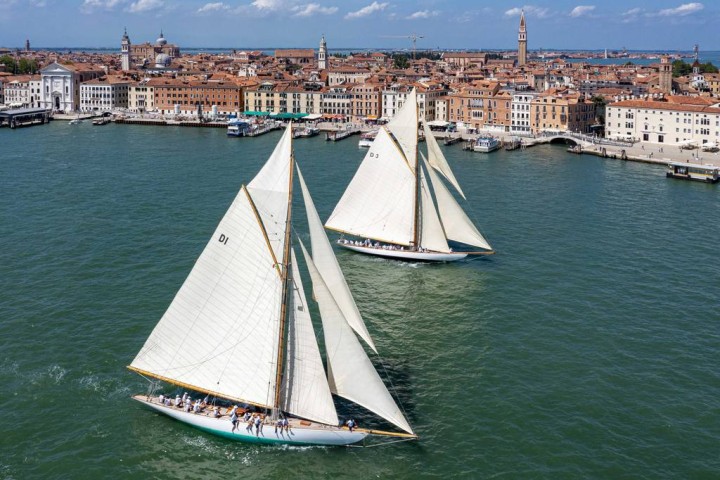 Yacht Club de Monaco’s flagship Tuiga (1909) has just finished her Adriatic campaign of three match race meetings against Mariska, another 15M IR out of the four in the world still sailing.

The crew of YCM members, all passionate about sailing and classic yachts, certainly made their mark on this regatta circuit.

A first to get the ball rolling

The gaff cutter’s summer agenda started in Venice at the IXe Trofeo Principato di Monaco (24-26 June), an historic event as Tuiga had never dropped anchor in Venetian waters before. “Elegant yet competitive, Tuiga embodies all the values we hold dear and to see her sailing in Venice is exceptional,” said Yacht Club de Monaco General Secretary Bernard d’Alessandri. This classic yacht meeting is down to Anna Licia Balzan, Monaco’s Honorary Consul in Venice, the Monegasque Tourism and Convention Authority in Italy, and the Venice Yacht Club and its president Mirko Sguario. The sight of the Sovereign yacht in La Serenissima will remain engraved in everyone’s memories.

With her trip to the gates of San Marco Square, the longest in the Mediterranean for this gaff cutter, another chapter has been written in the 113-year history of Tuiga. It was after two days of racing, from which Tuiga emerged the overall winner, that a match race event took place against Mariska. Between these two beautiful classic yachts, designed by Scottish naval architect William Fife III, the friendly duel unfolded in the Bacino di San Marco, with the vast Venetian Arsenal providing a stunning backdrop worthy of its protagonists. 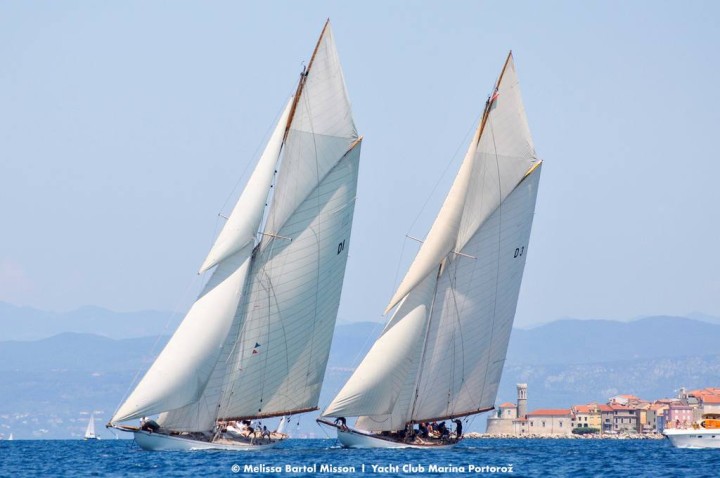 Tuiga and Mariska for their second match race in Portorož, Slovenia

A few days later, Tuiga set sail for Slovenia’s Portorož bay (1-3 July), a journey that took just under seven hours. After a first day training, Tuiga and Mariska had to wait patiently for several hours until the weather improved and the two gaff cutters could line up on the start of an inshore course.

The Monaco-flagged yacht demonstrated with aplomb the crew’s expertise during numerous starting procedures, knowing just how to keep their position and retain the advantage till the starting gun fired. Faster downwind with the spinnaker, Mariska eventually won this contest with a professional crew experienced in high-level regattas.

It was in Trieste, Italy, (9-10 July) that the Adriatic tour ended for the two 15M IRs, with a dozen sailors from the Yacht Club Adriaco on board to lend a hand to the Monegasques on this occasion. Two races were launched in 6-12 knots on a flat sea, with the Monegasque gaff cutter in control of her opponent to the first windward mark, before crossing the finish line first to claim victory. It was all change for the second race which was finally won by Mariska.

With all things being equal between the two yachts, they will need to get together soon for a decider. Meanwhile, Tuiga is back out at sea on the way to her home port and Yacht Club de Monaco via Brindisi and Palermo.