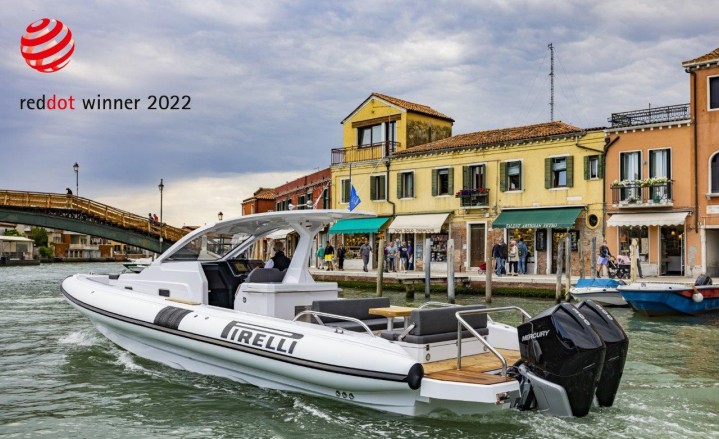 The walkaround designed by Mannerfelt Design Team won in the "Design Product" category thanks to its refined and sporty lines that reflect the brand's soul, a symbol of power and style.

One year after its launch, the PIRELLI 35 has won one of the most significant design awards in the world: the international jury of the Red Dot Award, composed of famous architects and designers who have selected the most innovative and interesting projects since 1955, have chosen TecnoRib's Walkaround line in the "Product Design" category. 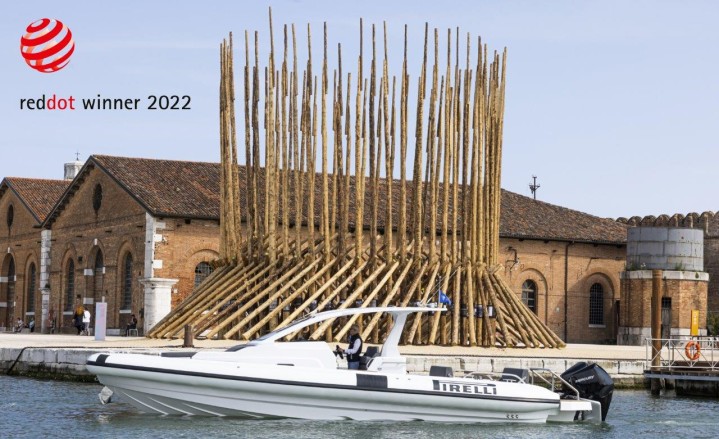 TecnoRib's Walkaround line, produced and distributed under license as part of the PIRELLI DESIGN project, now features three models and continues to garner acclaim worldwide with its aerodynamic look and unparalleled, contemporary style, which pairs the highest levels of power and class. The rugged model is the result of the historic collaboration between the shipyard and the Mannerfelt Design Team, which stemmed from the desire to increase the level of elegance in this product range. This came to fruition with an instantly recognisable design and extreme attention to detail that has made these refined, high-performance models famous throughout the world, from Europe to Australia. 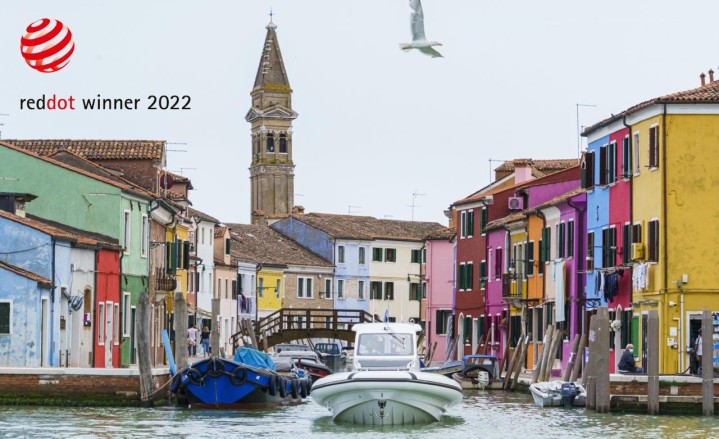 Ted Mannerfelt, son of the founder of the Swedish firm Ocke, which has made world championship-winning hulls since the 1980s, has worked to create a model "that looks fast even when stationary", staying true to one of the main tenets of the range that is revolutionising boat design. At 11.2 metres long and 3.80 wide, the PIRELLI 35 is the smallest of TecnoRib's Walkarounds line, and the second model in a chronological sense: it was conceived on the coattails of the PIRELLI 42 to offer the same strong points, but in smaller spaces.
The refined and cosy exterior offers maximum comfort, while the interior features a large convertible dinette and a separate bathroom (on request). The Seadek with which the deck is clad gives an immediate sense of comfort, while traditional teak can also be used on request. Many options are available to choose from as regards the interior layout, to create a model that corresponds as closely as possible to the client's wishes. The racing-derived two-step planing hull reflects the sporty, high-performance DNA of Pirelli, and combines stability, safety and high performance with a top speed of over 50 knots. 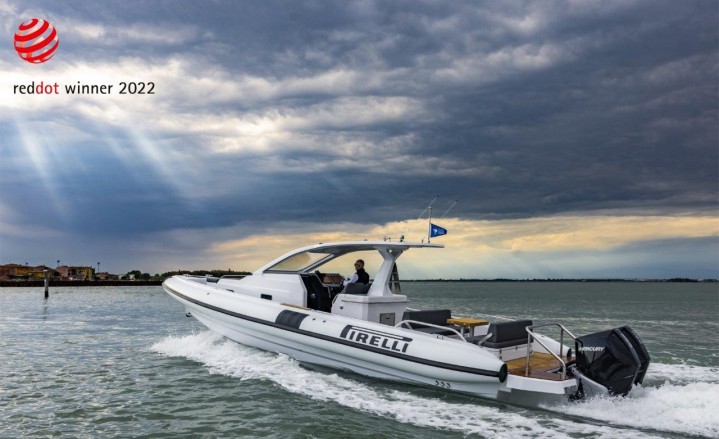 The awards ceremony will take place in Essen, Germany, on 20 June 2022. "This award is yet another confirmation of the international success of the steps of renewal and expansion of our production, in which we strongly believe; it starts with design, but also involves performance and technology. This is the second time that the jury of the Red Dot Award has chosen one of our models from a group of other very competitive and innovative projects in diverse fields," said Gianni De Bonis, CEO of Sacs Tecnorib. The winner of the award in 2009 was the PIRELLI Pzero 1400, the 14-metre that astonished and won the hearts of many owners for the originality of its design and the quality of its finishes.