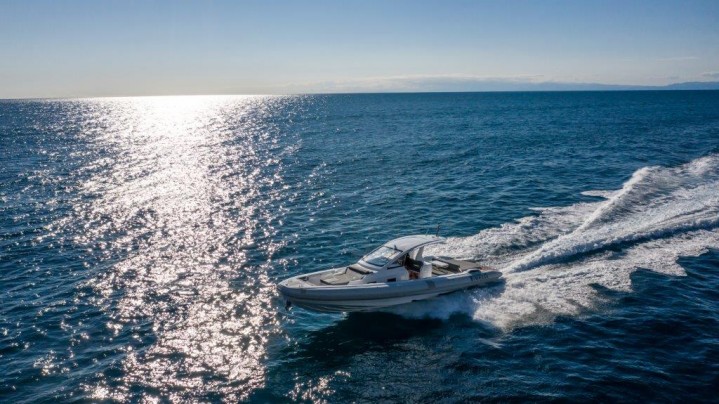 Designed by TecnoRib in collaboration with the Swedish studio Mannerfelt Design Team, the versatile PIRELLI 42 is a walkaround with an aggressive look with refined details, which can be used as a shadow boat or day cruiser.

It features open spaces, from the spacious living area to the seating area on the bow, and offers a wide range of engines. 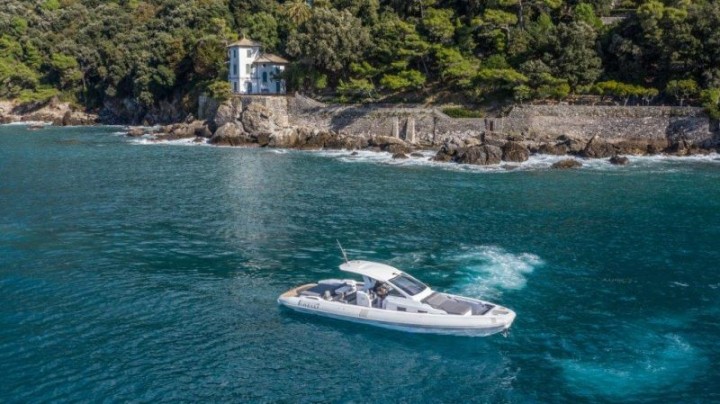 The first example of a new range of Speedboats, PIRELLI 42 is a walkaround that combines personality and character. It was designed by TecnoRib, the official licensee of PIRELLI brand inflatable boats, in collaboration with the Swedish studio Mannerfelt Design Team, which is internationally renowned for the creation of famous racing boats. This model, 13.1 metres long by 4.1 metres wide, represents a step forward in the creative process started with the PIRELLI 1400, and interprets the evolution of the style and philosophy of maxi ribs the Milan-based ship maker. 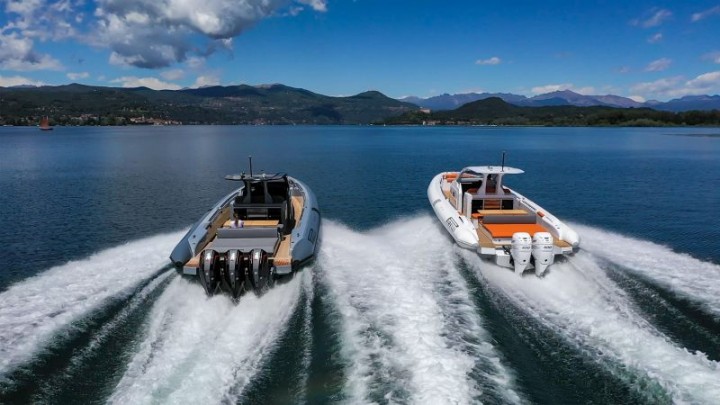 PIRELLI 42 was designed and built with the intention of guaranteeing relax and comfort on board, and allows maximum freedom of movement. A single central block incorporates the forward sundeck (which has a pantograph back rest), leaving a free passage in the bow, in communication with the bow thruster, which hides the anchor winch, completed by a sofa facing the stern. The large spaces at the bow and stern, which offer a solarium and living area with a dining table and sofa, as well the cosy lower deck with convertible dinette and bathroom ensure a high level of comfort. The tall and voluminous double cabin also enjoys plenty of light thanks to its side portholes. 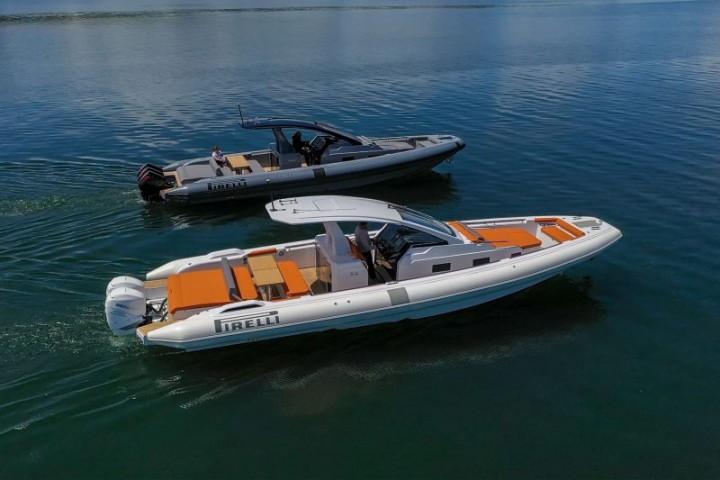 Equipped with a two-person seat, ergonomic and sheltered, the helm station has fully digital instrumentation. 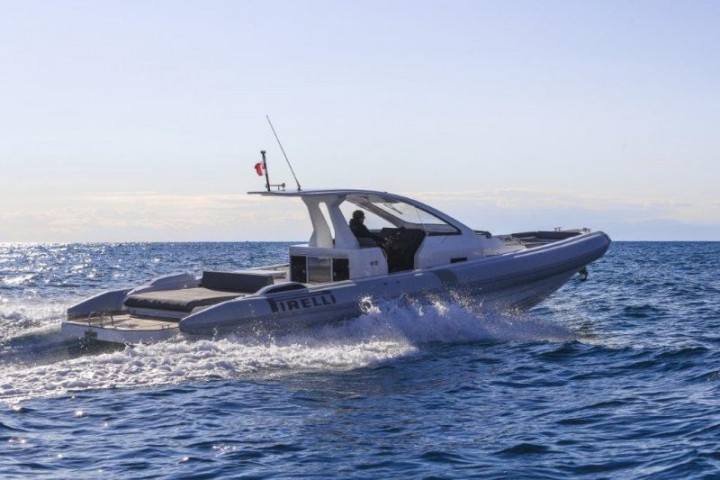 Presented in world premiere at boot Düsseldorf 2020, this model enjoyed such great success that 90% of its 2020 production had already been booked before the German Show; in the following year, it continued to conquer owners worldwide. 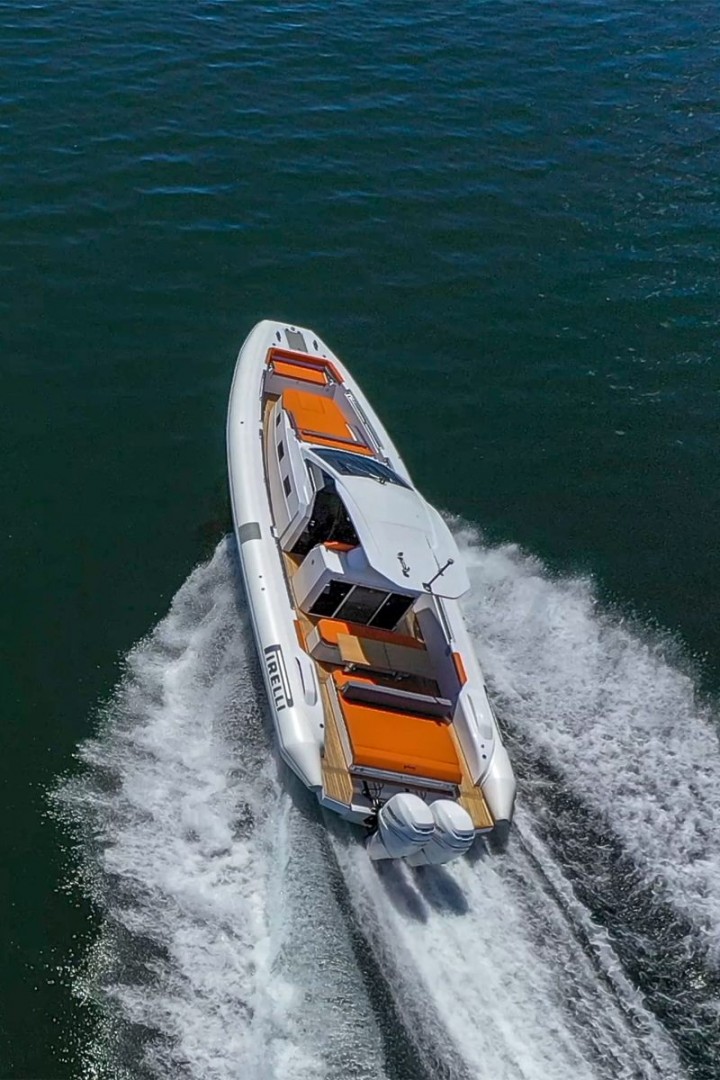 Designed for daily use, mid-range cruises or as a shadow boat, the PIRELLI 42 can be equipped according to the owner's needs in terms of materials, colours and layout.

Ted Mannerfelt, CEO and Design Director of his namesake studio, commented on his contribution, “My team and I worked to respect PIRELLI's design to keep it recognisable, enhancing the sporty soul of this vessel with its clean and elegant lines. We paid a lot of attention to areas used for relaxation.” 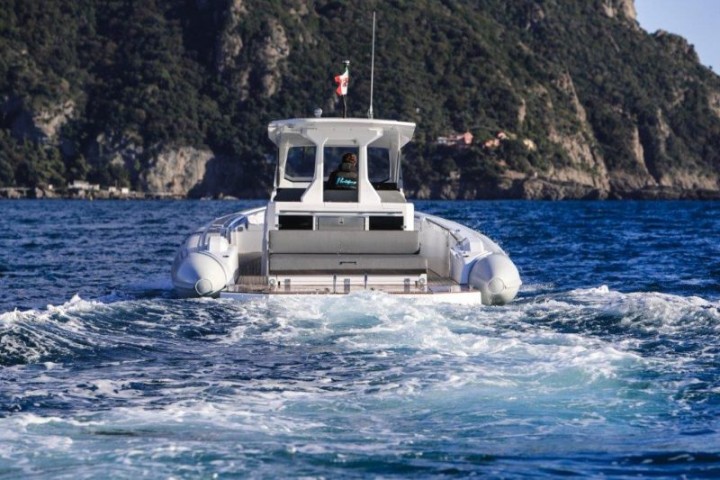 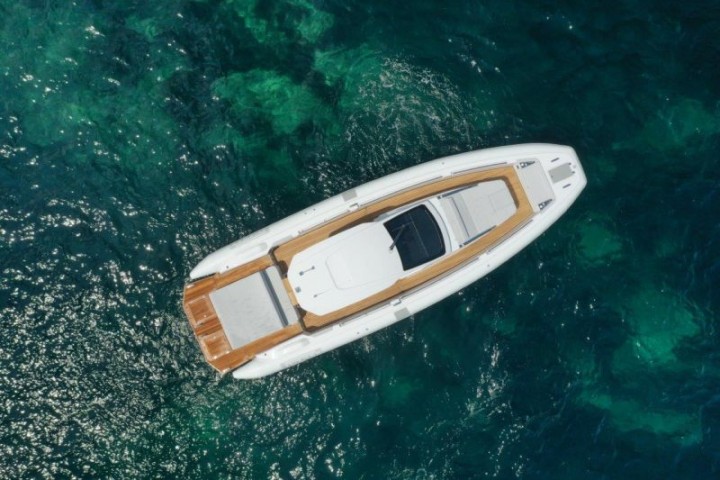 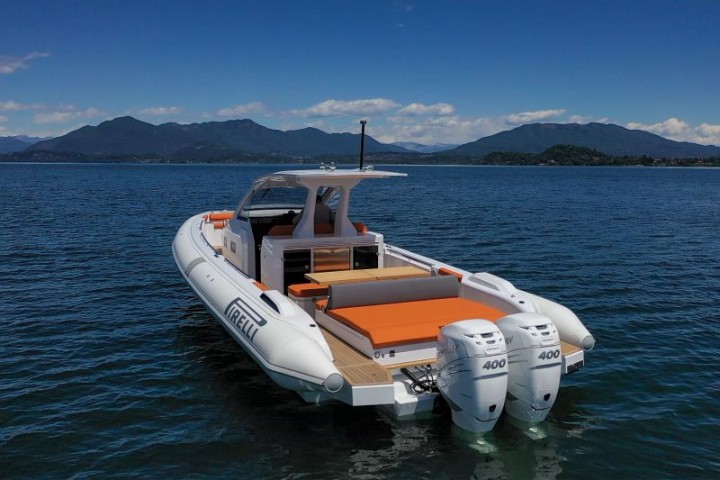