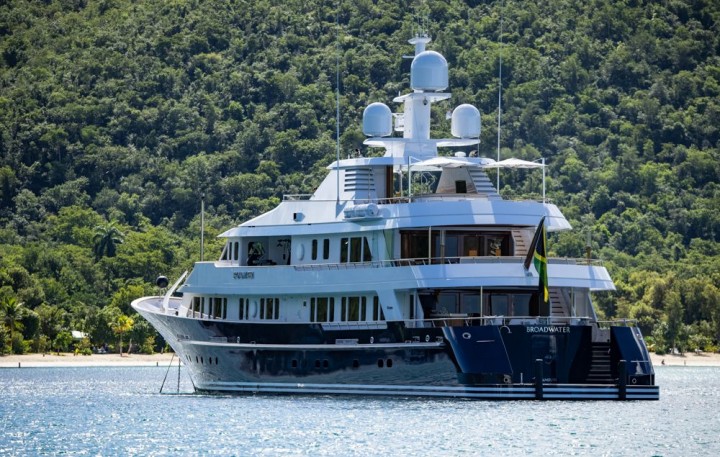 As owner’s representative on the recent refit of the classic Feadship Broadwater (ex-Rasselas) at Royal Huisman Amsterdam, Peter Wilson of MCM reflects on the challenges and lessons learnt.

What was the owner’s mission when he decided to refit the former 52-metre Rasselas?
The owner is a passionate devotee of classic Feadship design and felt Rasselas was one of the most beautiful yachts the shipyard had built. He wanted to give the yacht a new lease of life and bring her up to modern standards, though wanted it done in a way that very carefully retained the original design DNA.
The 4-metre stern extension, for example, was added to provide a beach club and swim platform that everyone expects on a superyacht today, but was not really considered in 1994. The new hardtop was built in carbon/grp composites to avoid adding too much weight up top and to avoid the need for supporting pillars that would have changed her profile and functionality.
Together with the new Flag Blue hull colour, when you look at the yacht now her pedigree is still very clear: you know immediately she’s a beautiful Feadship and this is evident in the ‘before’ and ‘after’ photographs. I should add that this is largely thanks to the very talented designer, Adam Vorhees, responsible for both the exterior and interior redesign. 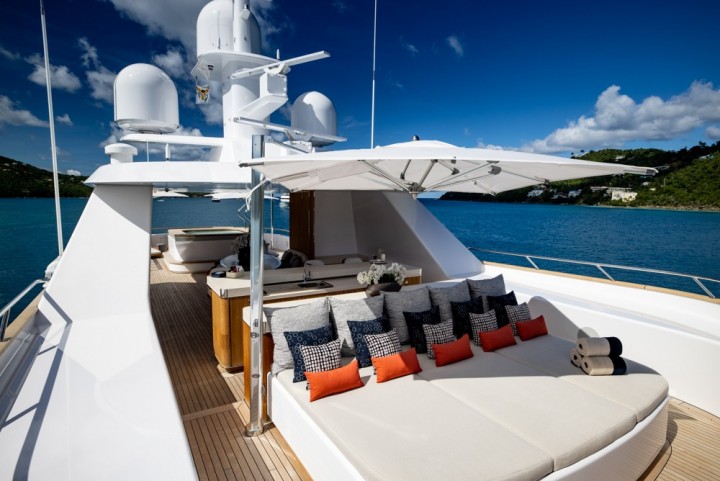 Was any of the original interior retained?
Let’s say that no area was left untouched and even the sauna, which was on the main deck adjacent to the owner’s suite, has been converted into an A/V rack room.
The master stateroom was completely gutted and is entirely new, but in other areas the raised panelling and joinery have been retained and painted to give the interior a much more contemporary feel than the original elegant but rather dark mahogany Englishman’s club look. The new design is airy and refined and draws on brushed European oak, black walnut and fumed Eucalyptus, along with bronzed details and tactile leather, cashmere, silk and wool textiles. The crew quarters were also revamped to bring them up to modern standards.
The transformation is truly amazing and almost Scandinavian in feel. If I were to plonk you in the main salon and ask you what yacht you were on, you would be hard-pressed to think of Rasselas! 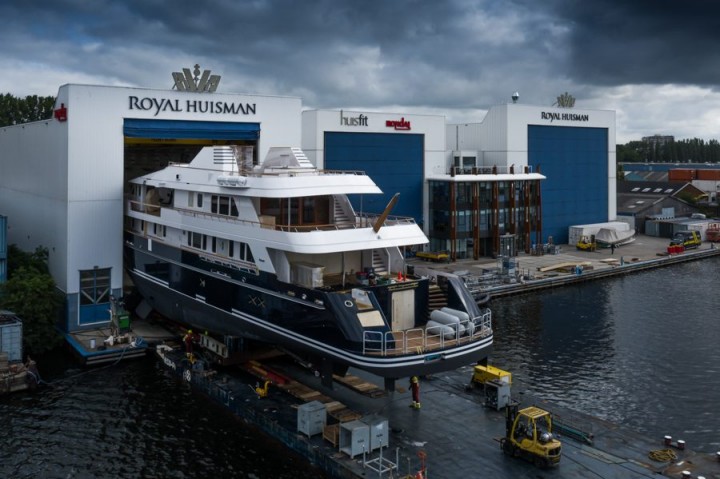 What was the most complex part of the refit for you as the owner’s representative?

The main challenges were equally divided between the interior renovation and, because the owner fully intends chartering the yacht, bringing her up to Lloyds Commercial Class. The latter required an enormous amount of work because we had to install a Hi-Fog system throughout the vessel, new A0 and A60 fireproof bulkheads and boundaries around the machinery spaces and galley, a new smoke detection system and install an emergency generator (didn’t have one before), to name just a few of the upgrades required.

Broadwater was certainly MCM’s biggest refit project and it quickly became all-consuming – each morning, greeted with an overflowing inbox with decisions waiting to be made. I knew from the start it was going to be challenging to get it done in the original timeframe, but delays due to the Covid crisis meant we had to push back the original schedule.
In terms of lessons I took away, the project reconfirmed for me that planning upfront is always beneficial. It’s well known in the refit business that the more time you have to prepare, the better you can define the costs and timing. We learnt a lot about the viability of turning a yacht from private to commercial: you can read the rule books as much as you want, but until you start discussions with the surveyors and get to grips with a real task and its nuances, it’s all so much theory.

We were fortunate to be working for an experienced owner. He had already refitted various yachts, including his previous Feadship, also called Broadwater, and understood the process. When I sometimes had to call him with less than stellar news, he would take it in stride and I think it’s fair to say he’s overjoyed with the end result. He spent Thanksgiving on board in the US Virgin Island and was brimming with enthusiasm – so I would say his mission has been accomplished.