Baltic 142 Canova swept the board at the World Superyacht Awards 2020 on Friday 13 November when she not only won her category, but was also judged Sailing Yacht of the Year.

This outstanding achievement is testament to a ground-breaking, owner-driven design and build project resulting in the most advanced, high performance global cruising yacht ever launched by Baltic Yachts.

The WSA award statement said: “Canova boasts ground-breaking innovation with her Dynamic Stability Systems foil, whose proven ability to reduce heel, increase speed and improve ride comfort might just persuade more owners to build large sailing boats. This, the judges considered, is a vessel that should influence the future of sailing superyachts.” The award was made at the Boat International WSA ceremony, a virtual event hosted by TV celebrity Natasha Kaplinsky. With 57 yachts vying for awards in 13 categories Canova prevailed against the finest superyachts in the world. 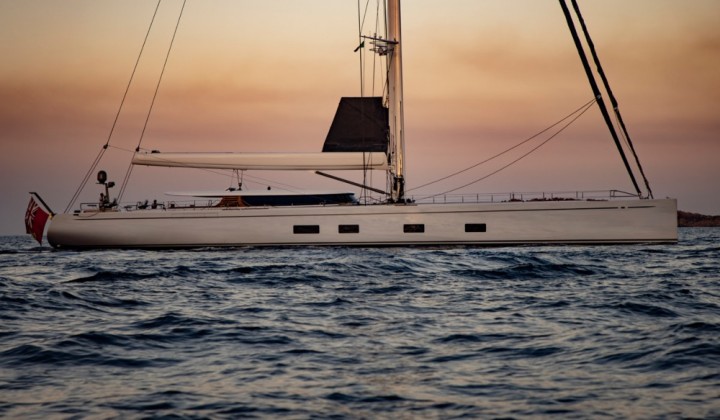 Henry Hawkins, Baltic Yachts Executive Vice President, said: “I am delighted that Canova and the highly skilled teams behind her planning, design and build have been recognised with this richly-deserved award. Canova is an exciting and genuine development in sailing and points the way to a more environmentally friendly future.”

Canova’s delighted owner commented: “Receiving the Sailing Yacht of the Year award is a great honour and much appreciated recognition of the years of relentless work and energy invested in this project. “It has been a pleasure dedicating this amount of time to Canova and I would like to thank my team for translating my dream into reality, for Mattia Belleri’s technical expertise and the Micheletti Studio’s aesthetic input.” 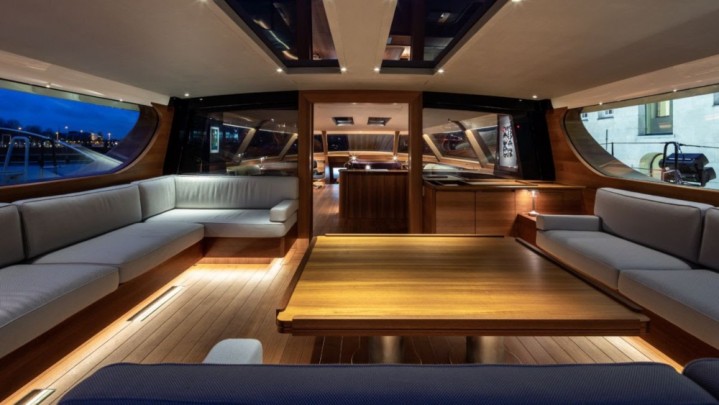 The yacht’s electric propulsion and hydrogeneration capability, which dramatically reduce her dependence on fossil fuels, and her revolutionary Dynamic Stability System sliding hydrofoil, which enhances performance and comfort, epitomise the innovation and world class build quality for which Baltic Yachts is renowned. Canova is built in advanced carbon composites involving complex engineering to accommodate the DSS foil running in an athwartships cassette built into the hull just below the waterline. Naval architecture is by Farr Yacht Design, structural engineering by Gurit and Lucio Micheletti designed the elegant exterior and stunning accommodation, featuring an amidships owner’s suite, a 40ft/12.1m long, same level cockpit and deck saloon and luxury guest cabins. It is the first time a DSS foil has been used in a yacht of this size and during Canova’s first year of sailing the reduction in heel angle, pitching motion and consequent improvement in onboard comfort have been clear to see, not to mention the potential for enhanced boat speed. The DSS foil concept was developed by Hugh Welbourn and Gordon Kay of Infiniti Yachts and built by French company Isotop.

The WSA winner’s statement said: “This yacht is a design leader. They (the judges) admired her high-quality build, attractive lines and excellent general arrangement plan, and were blown away by the yacht’s concept and systems, including the innovative technology requested by her owner. A secret ballot confirmed her as the winner by a huge margin.”

The judges considered Canova to be particularly notable for her genuine diesel electric propulsion system and the way in which her free-wheeling propeller can charge her lithium-ion battery banks while the yacht is under sail. The performance of the charging system has exceeded expectations enabling Canova to cross an ocean with all systems available without recourse to an internal combustion engine.

Commissioned by an experienced yachtsman, Canova’s powerful sailplan features a square top main and an unusual, but versatile twin-clewed quadrilateral headsail. Her carbon Rondal spar is equipped with twin running backstays and two sets of deflectors or checkstays providing her crew with infinite trimming opportunities to maintain peak performance. With her eco-friendly propulsion system, luxurious accommodation for the owner, guests and up to nine crew, plus her highly efficient rig, Canova represents the ultimate solution for fast, super-comfortable bluewater cruising. The owner’s intention is to be able to maintain independent cruising for long periods with ease of maintenance a key theme running through Canova’s systems. 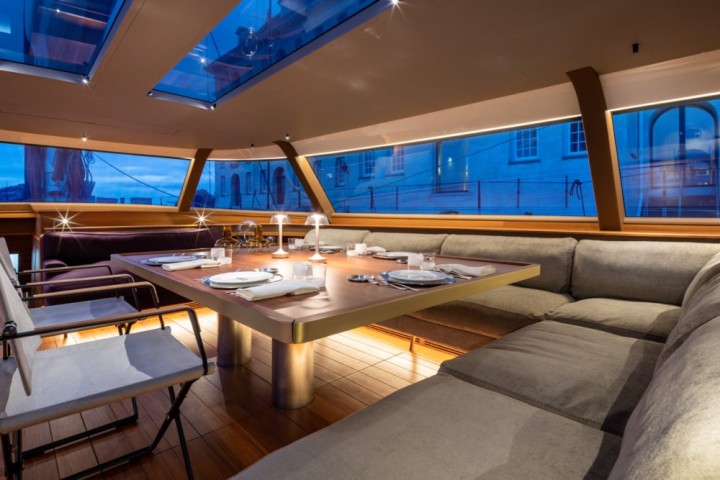 Canova was up against Baltic 112 Liara in the Best Sailing Yacht category and while Liara missed out this time, she has already been recognised for her interior and exterior design excellence by winning both categories in the Boat International Design and Innovation Awards held earlier this year. These achievements add to a plethora of award-winning performances by other Baltic Yachts builds including Pink Gin, My Song, Nikata, WinWin, Inukshuk and Hetairos, who have amassed more than 20 awards in the last 10 years.
On behalf of the entire Baltic Family we congratulate the owner and the teams behind the planning, design, engineering and build who have worked together to help achieve Canova’s outstanding success.

About Canova’s Propulsion System
Canova’s 420kW electric propulsion motor is a relatively small unit compared to the size of an equivalent diesel engine, with no emissions, minimal vibration and vastly reduced noise levels. These attributes have enabled the owner’s extensive accommodation suite to be located amidships where motion is at its least and the yacht’s maximum beam can be utilised to the full. The electric motor drives the yacht via a forward-facing pull propeller set on a leg which rotates through 340° negating the need for a stern thruster. When the propeller is free-wheeling it can produce up to 35kW to charge a lithium battery bank which can provide long periods of silent running. 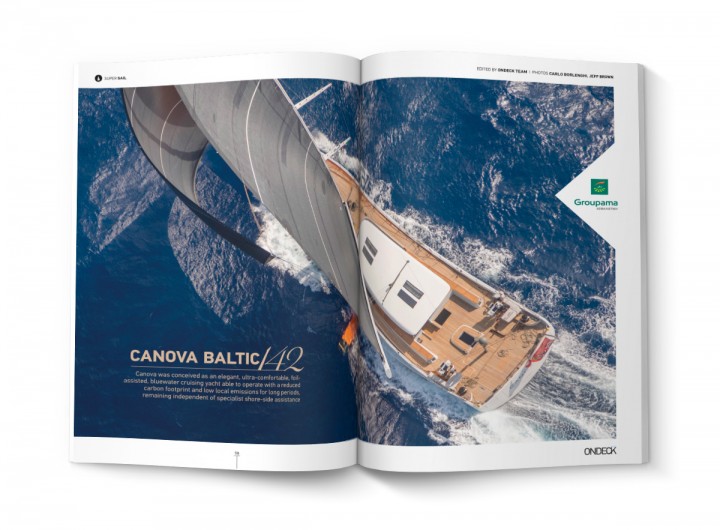