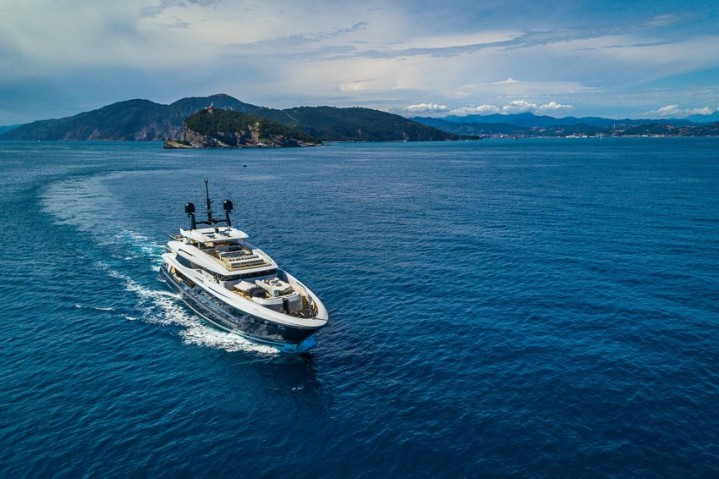 Videoworks has designed the systems aboard the 55-metre Baglietto M/Y Severin*s, confirming its ability to innovate and adding another project to the over 700 it has developed over 20 years of activity.

The unusual layout of this superyacht includes six cabins, which also makes it suitable for charter services. This was among the reasons that pushed Videoworks to concentrate on AV, IT and CCTV systems: the use of audio/video systems aboard is now one of the main requests by Owner and guests.

Must-haves of system integration now include being able to look at a soccer match on a large screen with very high resolution, to listen to music with loudspeakers that faithfully reproduce pure sounds, to have a party on board, to manage lights, blinds, multi-media contents and air conditioning easily and to browse the internet in a secure and reliable manner. 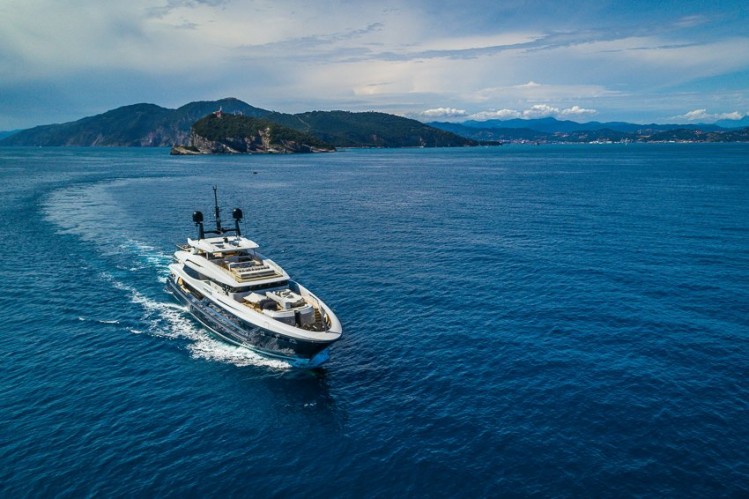 THE INTEGRATED SYSTEMS OF THE 55M M/Y SEVERIN*S
As previously mentioned, Videoworks designed the AV, IT and CCTV systems for this 55-m superyacht using high-quality solutions with advanced technology. The main electronics are installed in three cabinets with 42 rack units each (approximately 2 metres in height). The IT infrastructure (cabled and WI-FI) is made entirely with hardware by CISCO, a world leader in terms of reliability and performance.

The AV integrated system is managed through a Crestron CPU. The Videoworks interface for iPad allows an easy control of the Audio and Video systems. 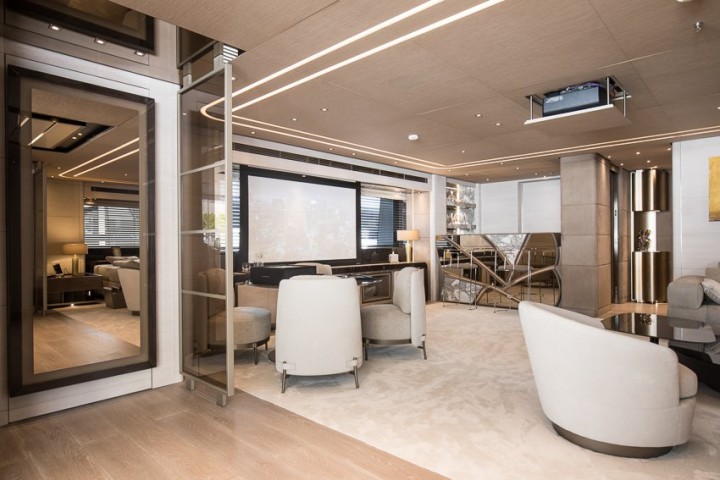 The Cinema Hall on the upper deck has a 90’’ screen and a Sony 4K projector. Both of these items are controlled on the iPad and fold perfectly back into the ceiling cover. The beach area has an LED wall approximately 6 square metres in size, made of LG display screens with 4K resolution. It can be used to view video and scene contents as well as films and television shows. On the Sundeck, Videoworks has installed a 55’’ 4K Outdoor television with 180° rotation. It is therefore possible to watch the TV from the Lounge area or from the swimming pool in the bow. When not in use, the television can be folded back into the furniture using the iPad.

Lastly, the CCTV system is made up entirely of Panasonic professional products. It includes eight high-resolution IP cameras, two control stations with ASM200 Panasonic software and a network recorder for recording video flows and archiving them in encrypted form.