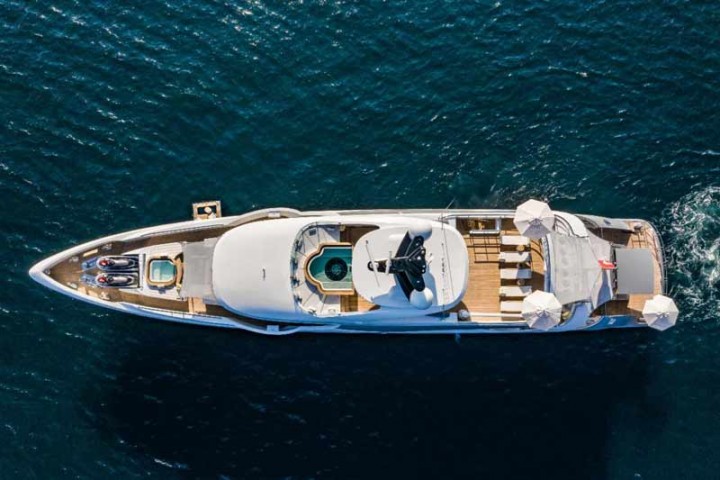 Bilgin Yacht is proud to announce the sale of its latest launched Bilgin 156 II- M/Y Lilium was sold through the collaboration with IYC Luxury Yacht Sales & Charter during the 2019 MYS.

After closing on the 20th Nov. she got named Snow 5! The megayacht had a preview during 2019 Cannes Yachting Show and later on in 2019 Monaco Yacht Show in cooperation with IYC Luxury Yacht Sales & Charter as per contract. The sale of the yacht was made during MYS 2019. Lilium was previously named after the beautiful white flower as its interior has light 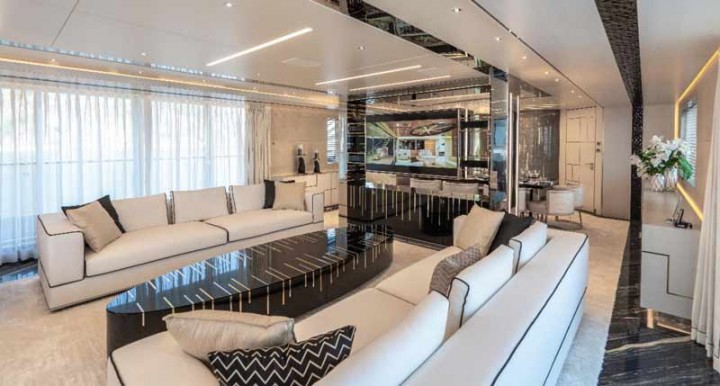 colors that highlight the modern lines of the yacht. The owner of the yacht now calls her Snow which totally suits the philosophy of the megayacht. Besides having bright colors in the living areas, Snow 5's main difference from her sistership Nerissa is certainly her galley. There is a pantry located between the galley and the living room. The galley's one of the significant feature is its island. 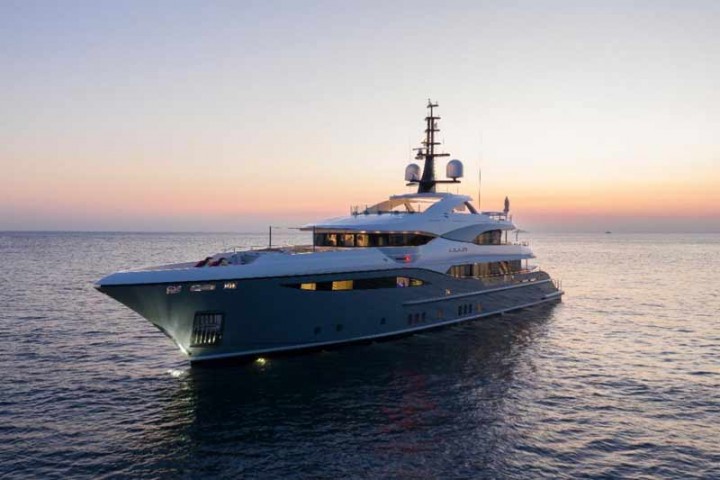 The color palette mostly includes white and golden touches. Brass helps to create the warm atmosphere as a material. The lighting also enhances the relaxing atmosphere in the interior. The staircase reflects the daylight from the above Jacuzzi, while the specially designed lights are the result of the inspiration from nature. One owner's cabin as well as four guest cabins has special design features such as the headboards and lighting, while the marble in the bathroom of each cabin breaks the monochromatism and adds luxury feeling to the area. The yacht owner increases the area for storage in the main cabin while extra beds are added for the children in the guest cabins. Another main change on the yacht is the increased area of beach club in the place of the tender garage. 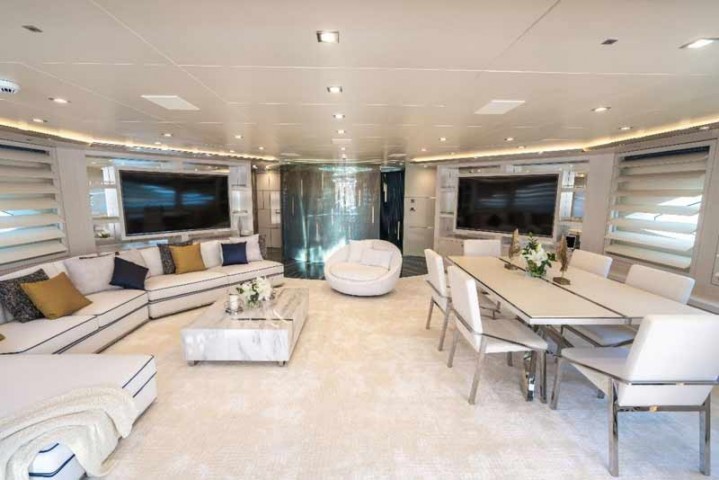 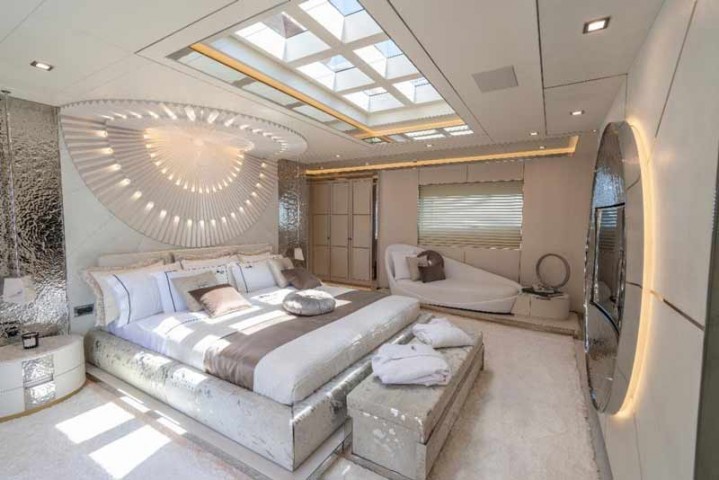