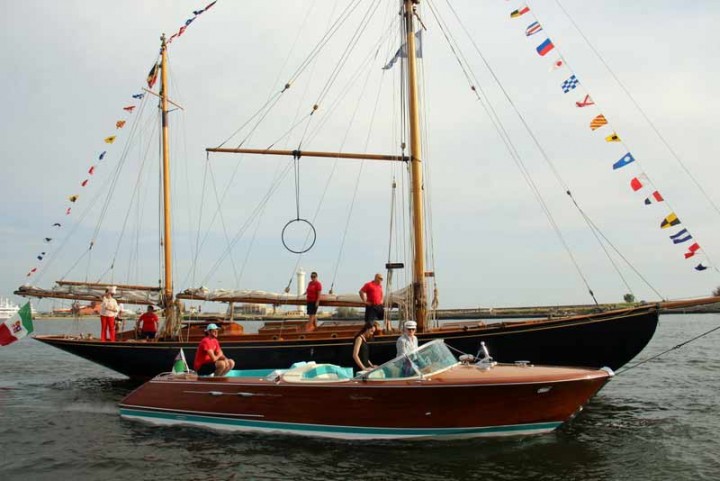 105 years have passed since the construction and launch of Tirrenia II by the H.R. Stevens Yard in Southampton.

This splendid sailing yacht is built entirely of teak and was designed by Frederick Shepherd, the British yacht designer who passed away in 1969 at the age of 100, with more than 80 designs, primarily cruising yachts, to his name. The celebration for the return of Tirrenia II, one of the Mediterranean’s most beautiful and well known yachts, will be held at 5:30pm, on Saturday June 8th 2019, at the Del Carlo yard at the Darsena Italia in Viareggio. Patron of the ceremony will be Beatrice Venezi, the internationally acclaimed orchestra conductor from Lucca. Following the launch, the restaurant Principino will host the invitation-only evening gala, where the owners and crews of several of the historic wooden Riva powerboats, members of the Riva Historical Society, will be present to greet the return to the sea of Tirrenia II. With an overall length of 18.54 meters (20 meters if we include the bowsprit), Tirrenia II has what is known as a gaff ketch rig, where the four-sided sails are spread using two masts, the main and the mizzen, for a total of 180 square meters of sail area. 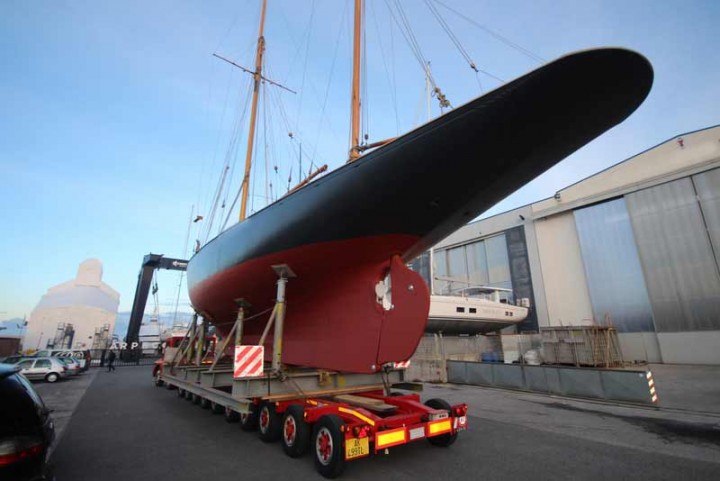 FROM NORTHERN EUROPE TO THE CARIBBEAN

Like many vintage yachts still sailing, Tirrenia II has had many adventures over the course of her long life, but none of them has kept her from sailing and she has survived unaltered and quite original. In the past she has had other names: launched in 1914 as Sapho II, later Dodoni, in 1924 she was bought by Guido Fiorentino, president of the Naples branch of the Royal Yacht Club Italiano. He renamed her Tirrenia II and created a trophy in her name. The “Tirrenia Cup” was awarded annually until 1939 to the yacht that completed the longest cruise in the Mediterranean. During the 1970’s, Tirrenia II was owned by a retired Royal Navy officer and during the 1980’s by Peter Jesperson. The Norwegian professional skipper taught the art of sailing to his crew, covering more than 20,000 miles in northern Europe, across the Atlantic Ocean, to the Caribbean and Venezuela. 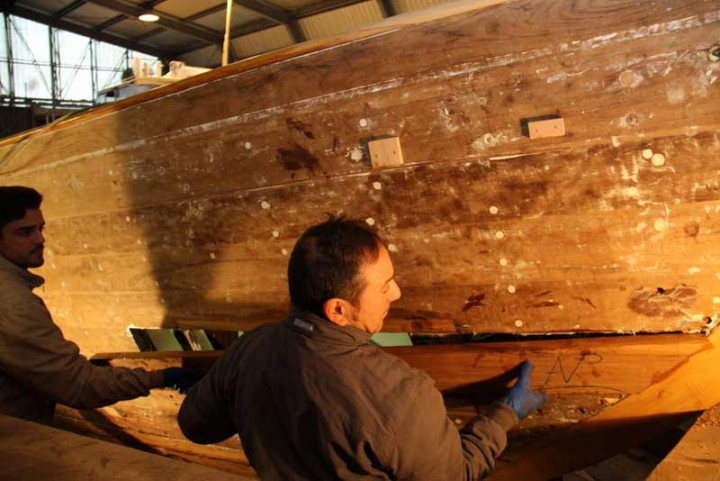 In 1991/92 Gianni Loffredo, ex-president of the AIVE (Associazione Italiana Vele d’Epoca) and Tirrenia II’s new owner, shipped her from the Caribbean to the Med by cargo ship. Once unloaded in Livorno she was taken by truck to Trieste. Here a thorough restoration began at the Pitacco, Luxich and Ferlunga yard under the expert guidance of Carlo Sciarrelli. The famous yacht designer had always considered Tirrenia II “a yacht with a soul”. Work began with the removal of the hull’s copper sheathing that had protected her teak planking so well over the years, a completely new deck, and concluded with the removal of her Bermuda rig and the restoration of her original ketch rig. Tirrenia II’s wonderful briar root interiors were in excellent condition and are still original. 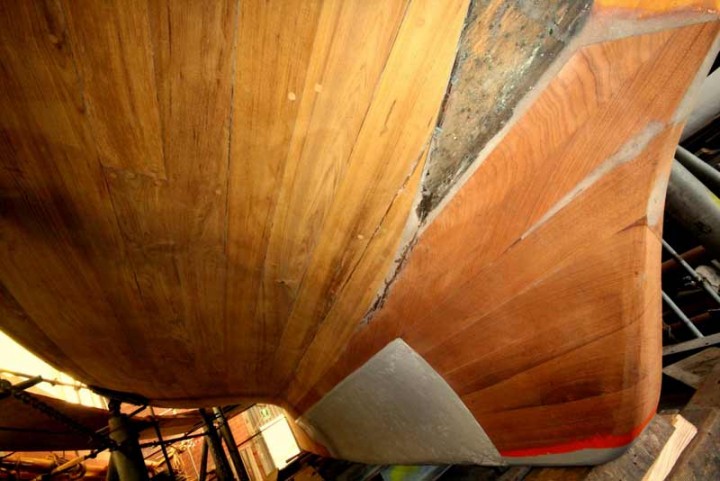 After her refit in Trieste, completed with her launch on July 4th, 1992, Tirrenia II cruised the Mediterranean and assiduously participated in classic yacht events until 2009. Then she was kept at the Del Carlo yard in Viareggio until 2016 when new owners from northern Italy bought Tirrenia II and began her refit, assuring her seaworthyness in the coming years. The restoration was primarily concerned with the hull and her onboard systems and was coordinated by Enrico “Chicco” Zaccagni. Tirrenia II’s rig and sails were renewed by Lucia Pozzo, an expert sailor and skipper of Tirrenia II during the early 1990’s. 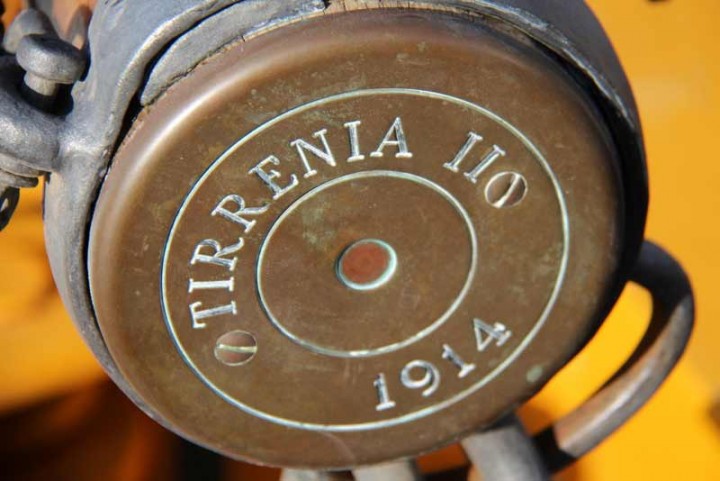