New Technologies of the shipping field were discussed on on the 14th of November at the RINA Hellenic Committee.

RINA hosted several leaders within the Greek shipping community who also had the opportunity to experience a live demonstration of the RINA Cube Fleet Operation Center.

The Committee Chairman George Youroukos, Owner of Technomar Shipping Inc., in his opening speech highlighted some of RINA’s significant achievements in 2018, such as a further increase of classed fleet to almost 44 million Gross Tons and highlighted the quality of services provided, which is necessary to offer a competitive advantage to its client. Mr. Youroukos announced that his company has decided to install RINA’s performance management system “Optimum”, which is part of the RINACube Fleet Operation Center, to their fleet starting with two vessels.

Ugo Salerno, Chairman & CEO of RINA, in his opening presentation referred to the transformation of the energy landscape and the future prospects that are expected to be based more on hybrid resources. Mr. Salerno pointed out that the next big power play will be on hydrogen and that the technology of fuel cells is rapidly progressing therefore applications on ships are also to be seen soon. 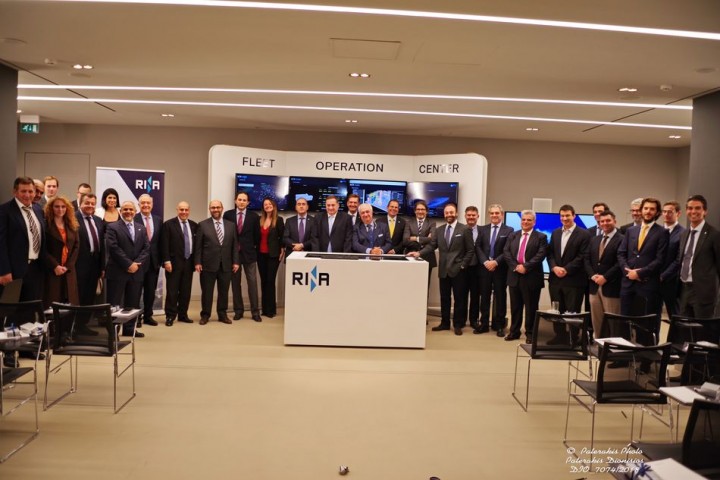 Fortunato Sulfaro, CEO of RINA Services, updated the Members on the latest developments of RINA Marine providing information on the fleet profile and the expansion of network. Mr. Sulfaro referred to some of RINA’s significant projects, like the Carnival XL LNG fuelled cruise ships currently under construction at Meyer Werft Shipyards or the hybrid RoRo Cargo ships to be built for Grimaldi at Jinlin in China.

Spyros Zolotas, Director Marine, Greece and Black Sea, thanked the members for their continuous support and presented details on the Greek owned fleet classed by RINA that is today about 10 million in Gross Tonnage. Further services related to MRV, IMO DCS and Ship Recycling certification have been delivered during 2018 to a significant number of vessels managed by important Greek shipping companies.

Barbara Poli, Chief Digital Officer of RINA, gave an overview on the Digital Strategy of the Company and spoke about today’s most valuable resource in the world that is no longer oil but data. Mrs Poli presented an interesting survey on the impact that the digital transformation on Greek Shipping companies and the position that they are expected to have in the transport chain in the next 5 to 10 years.

Alessandro Pescetto, Head of RINA Marine Innovation Sector, gave the chance to Committee members to see a live demonstration of the friendly use and capabilities of RINACube Fleet Operation Center with a special focus on the RINA Optimum energy performance system.

The discussions continued until late in a friendly mood over dinner with live music.