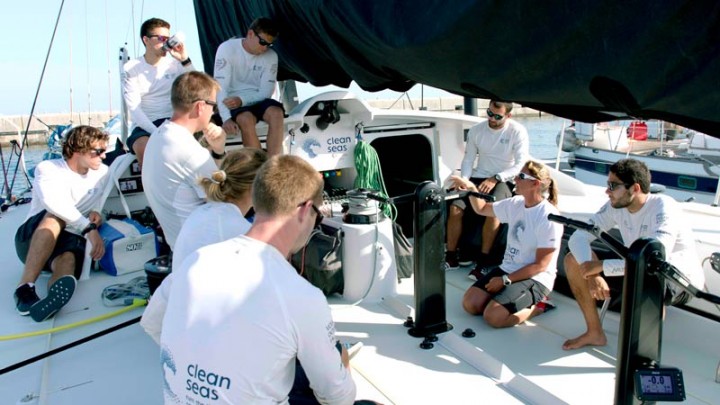 Skipper Dee Caffari talks about her love of life on the water in the latest episode of Volvo Penta’s online film series, Boating Dreams.

Dee Caffari, skipper of Turn the Tide on Plastic during the Volvo Ocean Race 2017-18. As the head of a team that is circumnavigating the globe in the Volvo Ocean Race 2017-2018, Dee Caffari knows that skippering a yacht in all weather for more than eight months is a big challenge. But it’s a challenge that she and her crew are looking forward to meeting. “Mother nature lets you know she’s in charge and you’re trying to harness the power of the wind and the waves to make it all come together and work for you,” she says.

“And when it comes together it feels amazing. You grow stronger from every challenge you face and it’s about learning from your mistakes and experiences and growing stronger from them and moving forwards.” Dee, a former teacher, was inspired by the memory of her father to take up professional sailing after he encouraged her to live her dream. She is the only woman to have sailed solo and non-stop around the world in both directions.

This year marks her debut as a skipper in the Volvo Ocean Race. Her multi-national, mixed male-female team is highlighting the issue of sustainability in marine ecosystems by raising awareness of the United Nations Environment’s Clean Seas campaign; the team’s vessel is named Turn the Tide on Plastic. It is estimated that 8 million tons of plastic makes its way into the oceans each year, and it takes about 450 years for a plastic bottle to break down.

“My dream for the future, beyond the Volvo Ocean Race, I think is to be remembered for making a difference, providing opportunities for others, and maybe inspiring others to push their boundaries and encourage them to follow their dreams,” says Caffari. 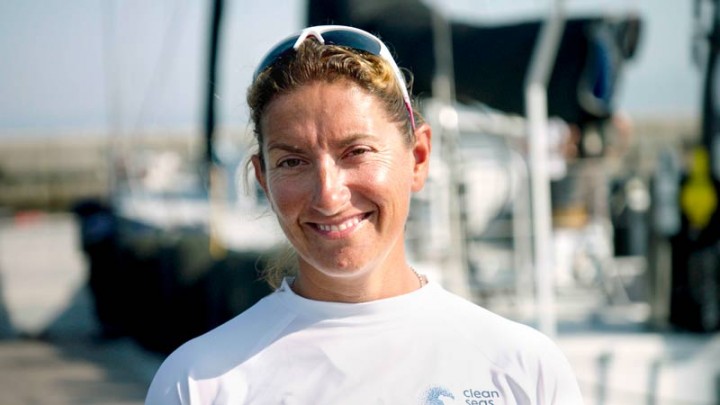 Each of the seven teams in the 2017-2018 round-the-world race is racing in a Volvo Ocean 65 sailing boat. As an official supplier to the race, Volvo Penta has equipped each boat with its D2-75 engine with Saildrive. The company is also providing hands-on engine maintenance and support, and additional power during the race stopovers.

“These boats are harnessing the power of nature, but to keep all the systems running you need power, you need energy. You need the reliability in the harshest of conditions and the Volvo Penta engine is key to that. That indestructible machine will keep going no matter what.”

During the actual race, the gearboxes are sealed, but the engine is used to power the boats’ total demand for electricity for computers, navigation equipment, lights and communication units onboard. Additionally, the engine onboard provides power to the batteries to run the water maker, which converts salt water into drinking water.

“The reason that we can take everybody with us on our race around the world is because we can communicate with them and it all takes energy that we need to produce. That is key to keep everything alive and running so people can come on this journey with us.”

Volvo Penta’s new online film series, ‘Boating Dreams’, features people from around the world sharing their aspirations and stories of enjoying life on the water.

To follow the Boating Dreams series, go to http://www.volvopenta.com/boatingdreams