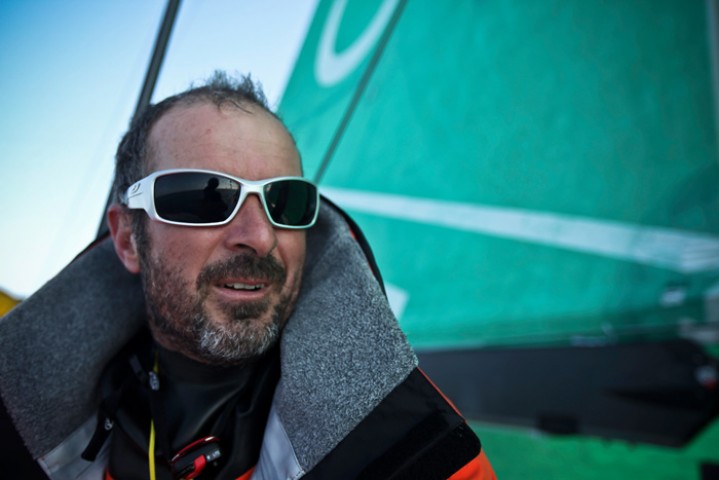 The Volvo Ocean Race launches a new young sailor award in a major sailing competition in the Gulf. It's aimed at attracting a fresh generation of offshore sailors, following champions like Damien Foxall.

The Volvo Ocean Race has launched a new award for young sailors in a major competition in the Gulf, aimed at attracting a fresh generation of sailors into offshore sailing to follow champions like Damien Foxall (pictured).

The Race has introduced the Volvo Ocean Race Rookie Award for the two best under-30 sailors competing in the EFG Sailing Arabia – The Tour (SATT), which was concluded over the weekend.

The event, contested over a 760-nautical mile (nm) course in the Gulf of Arabia, was first held in 2011 by Oman Sail. Since then, many top-level competitors in the event have been drawn from the ranks of past and present Volvo Ocean Race sailors, including the 2015 winners, Damian Foxall (IRL) and Sidney Gavignet (FRA).

It was the second year running Gavignet's crew won.

The first victors of the Volvo Ocean Race Rookie Award were Team Renaissance Omani sailor, Ali Al Balushi, and the British sailor from the University of Plymouth team, Richard Mason.

Their prize is a trip to Newport, Rhode Island, to see the Volvo Ocean Race fleet after it completes the sixth leg of the current 12th edition from Itajaí, Brazil.

A panel of judges comprising George Catsiapis, CEO EFG Private Bank, Knut Frostad CEO, Volvo Ocean Race, and Gilles Chiorri, EFG SATT Race Director, picked out Al Balushi and Mason as the winners after they were nominated by their skippers in the EFG Sailing Arabia – The Tour (SATT).

“We are thrilled that SATT has attracted recognition from the Volvo Ocean Race as being a valuable feeder race for young offshore sailors and we look forward to working closely together to promote the sport of sailing among young local and regional audiences,” said David Graham, CEO of organisers, Oman Sail.

Frostad added: “We are delighted to launch this award since the Volvo Ocean Race works hard to promote the development of young offshore sailors and also fully supports the initiatives and programmes that are being launched by emerging nations in the sport of sailing.”

Overall winners of the SATT were EFG Bank, Monaco, led by Gavignet, who has competed in four Volvo Ocean Races.

A course change, from east to west, resulted in 14 days of testing upwind racing on the six-leg course from Oman to Bahrain.