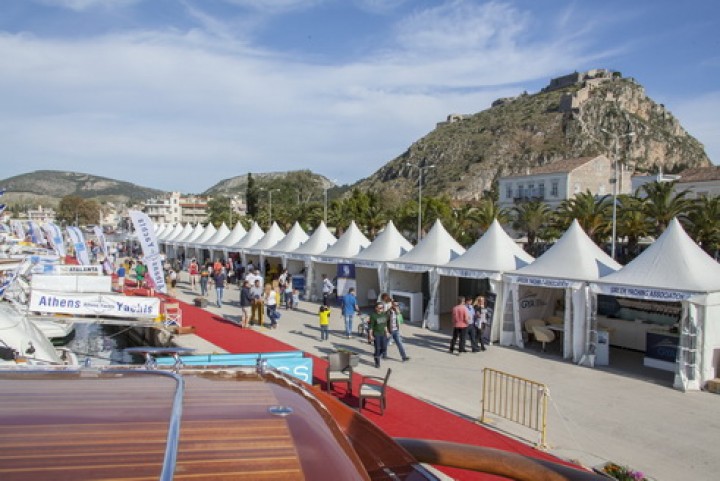 The Greek Yachting Association organized the 2nd MediterraneanYacht Show from May 2 through to May 6 in Nafplion. The Mediterranean Yacht Show is now considered to be an established event on the yachting calendar and is recognized internationally as a leading charter yacht show for crewed yachts.

The success of the 2nd Mediterranean Yacht Show 2015 exceeded the expectations of the organizers. During the event, Nafplion became the center of yachting internationally. There was an increase in the number of attending yachts as well as an overall improvement in their quality.
Present were:
67 crewed luxury yachts
242 yacht brokers from the following countries: Antigua. British Virgin Islands, Croatia, Cyprus, France, Germany, Gibraltar, Greece, Italy, Israel, Turkey, Monaco, Poland, Russia, Switzerland, United Kingdom, and the United States of America
17 stands featuring yachting services and supplies 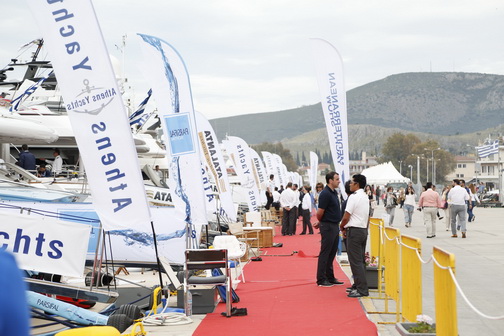 The Yacht Show opened on Saturday May 2 in the presence of the Deputy Minister of Tourism Mrs. Elena Kountoura, the Governor of the Peloponnese Region Mr. Petros Tatoulis, the Mayor of Nafplion Mr. Dimitris Kostouros, the Argolis Harbor Master Mr. Spyros Marinos and was attended by a large number of professionals active in the yachting industry.

Following the opening ceremony, a reception in honor of all participants took place in the medieval fortress of Palamidi which overlooks the harbor of Nafplion.

Once again, one of the highlights of the show was the chefs’ competition. The chefs of attending yachts were asked to express their culinary talents and creativity in order to impress the judges. This year’s theme was the creation of a dish based on a traditional island recipe.

A series of events such as cocktail receptions, wine tasting and thematic parties took place on individual yachts every evening. 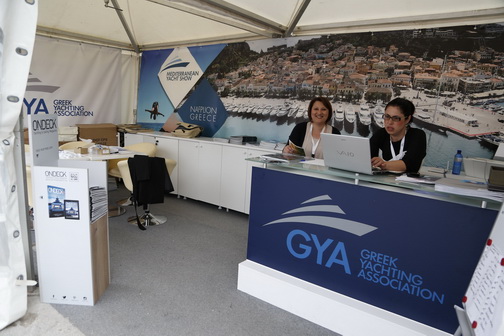 The Yacht Show closed with a farewell party on Tuesday May 5 during which the president of GYA Mr. Michael Skoulikidis announced the decision of the GYA Board of Directors and of the Municipality of Nafplion to hold the 3rd Mediterranean Yacht Show in the same location, at the beginning of May 2016. (exact dates will be disclosed soon)

The organization of the2nd Mediterranean Yacht Show was a joint effort by GYA, the municipality of Nafplion and the Peloponnese region and was conducted under the aegis of the Ministry of Economy, Infrastructure, Shipping & Tourism. 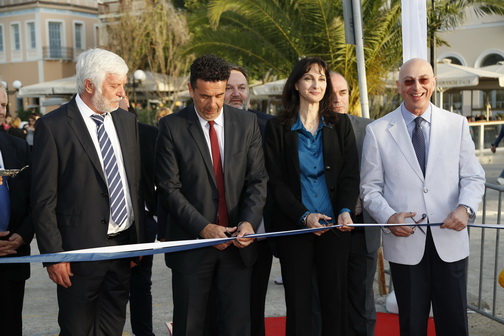 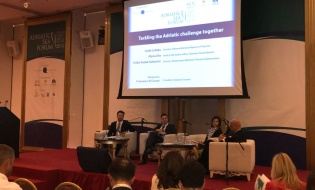