The Marina Dorica Association and the Offshore Racing Congress (ORC) are pleased to announce that the 2013 ORCi World Championship will be held at Marina Dorica in Ancona, Italy over 21-29 June 2013. This annual event is the sole Offshore World Championship sanctioned by the International Sailing Federation (ISAF), and the four organizing clubs - SEF Stamura, Ancona Yacht Club, Lega Navale Italiana di Ancona, and Assonautica Ancona - are affiliates of the Italian Sailing Federation (FIV).

The 2013 ORCi Worlds will benefit from the support of the municipality of Ancona and the regional authorities of Marche who granted their support for the initiative. Sailing is an old tradition of this area and the event will represent a special opportunity to internationally promote Marche and its natural and architectural beauties. 2013 is also an important year for Ancona, as the city will be celebrating its 2400th anniversary of its founding, so there will be many celebrations and events on the calendar to attract the interest of visitors to the area. 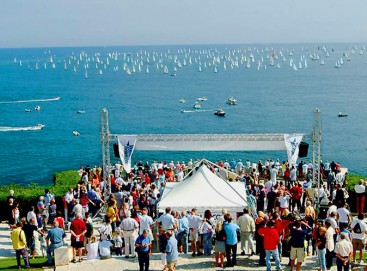 Able to offer over 150 berths for visiting participants and a wide variety of services, the Marina Dorica is the premier tourist harbor of the Italian Adriatic coast. The facility provides 2.5-5 metre depth for around 1500 full-service berths, 1300 parking spaces, Travelift and crane services, a fuel station, refit and repair shipyards, 5 ship chandlers, 2 sailmakers, a bank, and 24-hour security. Apart from these services, the harbor also offers such amenities as numerous retail shops, a travel agency, a brokerage and charter agency, 3 restaurants and 1 pizzeria, a bar, wine bar and discotheque.

Since organizers expect a strong turnout to meet or exceed the 119 entries from 15 countries that raced in the ORCi Worlds last year in Cres, there are plans for a clever arrangement to help visiting sailors and their families with their housing needs during the event. A 'championship village' is being planned in the adjacent commercial harbor, where a small cruise ship with 600 beds will be available to accommodate participants, and regular shuttle service will be offered between the two locations.

Complementing these onshore facilities, the sailing conditions in Ancona are superb for late June along the beautiful Riviera del Conero. Weather statistics indicate sunny conditions predominate, where calm days are no more than 3 days/month in summer, and daily N-NE seabreezes are typically 10-15 knots, perfect for close, competitive sailing. Sea currents are also negligible in the area, so this should allow race managers the opportunity to complete their intended program. Onshore spectators can even watch the race action from high atop the Passetto viewpoint in Ancona.

"We're very pleased that Ancona and Marina Dorica will organize the World Championship in 2013," said Bruno Finzi, Chairman of ORC. "The involvement of this Organizing Committee gives us confidence in a successful championship with a great number of entries and a high quality of international competitors."

In fact, some of these competitors will have an opportunity to test the waters of the Riviera del Conero during the 13th edition of the Regata del Conero in September, a one-day race that attracts 200 entries from throughout the Adriatic region and which is organized by the clubs of the Marina Dorica Association.