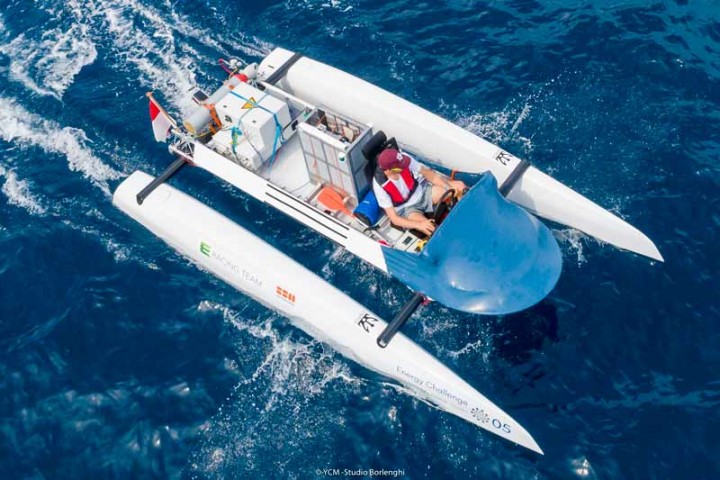 The curtain came down on the Monaco Solar & Energy Boat Challenge Saturday 6th July with a prize-giving ceremony rewarding both the competition winners on the water and Tech Talk presentations.

It is clear the event was the perfect opportunity to highlight and put into practice solutions for sustainable yachting, the result of years of Research & Development. Organised in partnership with the International Powerboating Federation (UIM) and Prince Albert II of Monaco Foundation, the 6th edition of a competition that is unique in the world and which attracted 34 teams (14 nationalities) offers a glimpse of the future in which everyone are winners: researchers, academics, engineering students, and professionals working in the yachting and energy sectors. All are committed to developing and testing credible alternatives to fossil fuels to shape the future of propulsion for the boats of tomorrow. 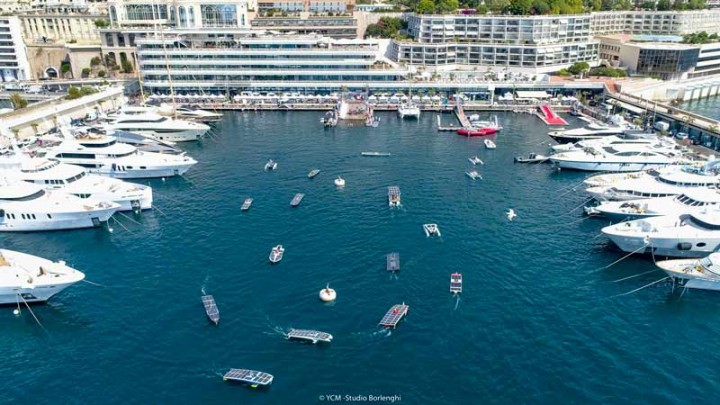 An incubator that puts the spotlight on developments taking place, the Monaco Solar & Energy Boat Challenge 2019 is very much in line with the vision of Yacht Club de Monaco President HSH Prince Albert II, who came to meet exhibitors and encourage contestants: “Training and educating our young people, their development, creativity, awareness and involvement are the guarantors of a better future (...). Let us give them a chance, give them all the tools they need to succeed and above all put our trust in them.”

Prototypes put to the test
Be it in the Solar, Offshore or Energy classes, competition in the race events was intense. In the solar group that has been here since the start and was best represented with 19 entrants, the Dutch continue to sweep the board with victories for New Nexus (Open Class) and Sunflare (A Class). Note that for the first time since this event was launched in 2014, the solar fleet managed a three-hour non-stop race covering nearly 20 nautical miles (nm) on the sea, evidence of how progress continues to be made with this technology.

In the Offshore Class, the battle for top spots was between students in the TU Delft Solar Boat Team and yachting professionals in the Vita Yachts team. The Scots won the 16nm endurance race, while tomorrow’s engineers from the Netherlands clinched victory in the 32nm Long Race with a focus on maintaining their machine’s range and not speed. 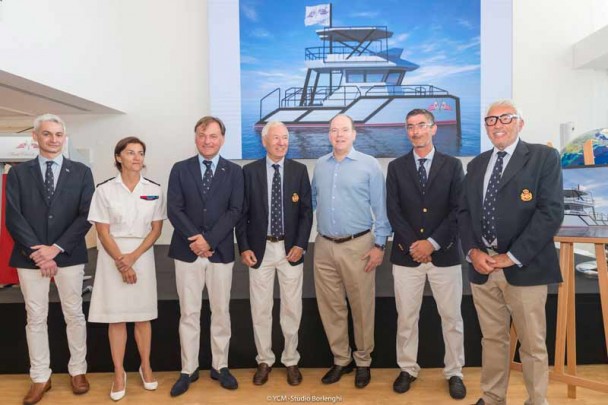 Launched only last year, the Energy Class proved very popular with seven entrants responding to a challenge to design the most powerful and durable propulsion system for a standard catamaran hull supplied by the YCM. Victory went to the French Wave ESTACA Team, who dominated all the contests – endurance race, slalom and match race.

A meeting at the service of innovation
With over 400 competitors, exhibitors and speakers, and an estimated thousand visitors over the four days, the event demonstrated the importance of sharing expertise and lessons learned, a brainstorming of ideas which is at the heart of any successful innovation. As YCM General Secretary Bernard d’Alessandri explains: “The Monaco Solar & Energy Boat Challenge is contributing to the thinking on yachting’s future. Through this event and as part of the project to make Monaco a yachting capital, the Principality is providing a crossroads for experiments of the industry, engineers, boatyards, students and owners in their bid to meet the energy and environmental challenges facing the nautical sector.”

And with concrete results – for while hydrogen appears set to become an effective alternative of choice, solar energy has a role to play, while hybrid solutions are also proving their worth as evidenced by SBM Offshore, whose largest location is in Monaco employing around 900 people. Supported by the whole company, their thermo-electric project using hydrogen as the energy source was one of the novelties of this edition and has a promising future: heat generated by the fuel cell is deployed in an optimal way to supply the battery that is approaching a record 60% efficiency. The prototype was awarded the Credit Suisse Innovation Prize.

With a dozen teams already signed up in the Energy category for 2020, including one from the Visun Royal Yacht Club in China, no doubt their prototype will face tougher competition.

Promises of employment
Organisers were also delighted by the yachting industry’s involvement, such as that of German boatyard Nobiskrug participating for the first time. The company has already promised to return next year and was able to meet potential employees. It was the same for Torqeedo, which supplied a fleet of electric tenders for the event, and Energy Observer who identified profiles of engineers. In total, around 20 young people may have found employment through this event, another concrete result, this time for the ‘Job Dating’ initiative launched this year by the Yacht Club de Monaco and which will continue all year round. 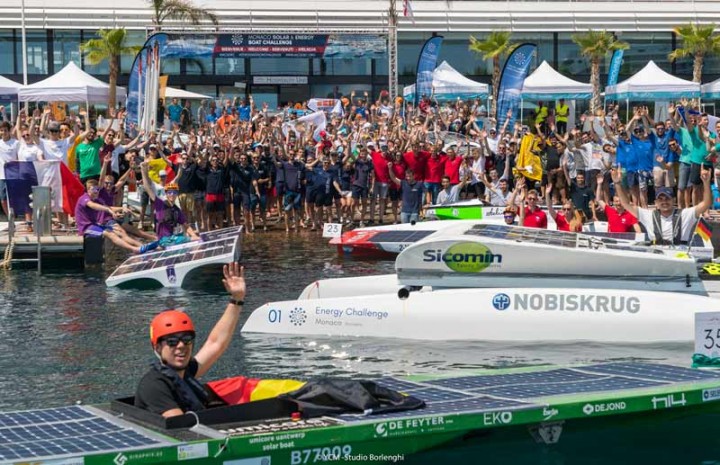 Progress shared
A key objective of the Challenge with the end-of-day Tech Talks is to give teams an opportunity to present their project, to outline their approach including problems encountered and how they overcame them. It is a real source of inspiration where everyone can benefit from each other’s experience on Open Source and continue to improve their prototype. Maybe one day they will be here as an exhibitor, like the start-up FinX with its electric biomimetic membrane, based on the way fish use their fins to swim, and designed to replace boat propellers.

At the same time, among talks given at the conferences, the one by Professor Paolo Schinto from the Politecnico di Milano university made a mark, as his team is working on the reuse and recycling of Lithium-Ion batteries. According to the Professor, within just over five years improvements in the cost of production and battery life combined will make electric vehicles more economical than traditional fossil fuel - whether the energy converted into electricity is reusable or not. An analysis that will certainly have pleased Toyota which had supplied its hydrogen Mira cars.

Yacht Club de Monaco leads the way
Faced with these environmental challenges, the Yacht Club de Monaco took advantage of the event to announce launch of its future Zero Emission Committee Boat for regattas and events organised all year round by the Club. A 100% eco-friendly catamaran has been designed by naval architect Espen Oeino, with the engineering aspects by Dario Calzavara (Terra Modena) who contributed to the design of the Lanéva prototype at this competition. As it will be so quiet and with no carbon emissions, it has been designed with a second task in mind: whale watching off the Principality.

When words combine with actions, the future can indeed be written today. 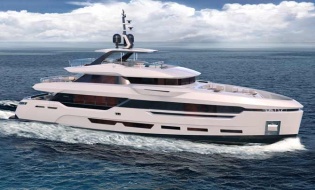 After the launch of MY VANADIS last week, CCN shipyard based in Carrara, Italy and... 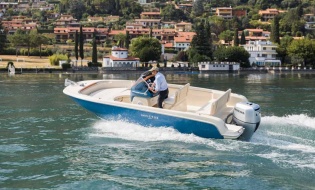 Invictus Yacht continues their success story in many different markets. One of the primary models proposed...