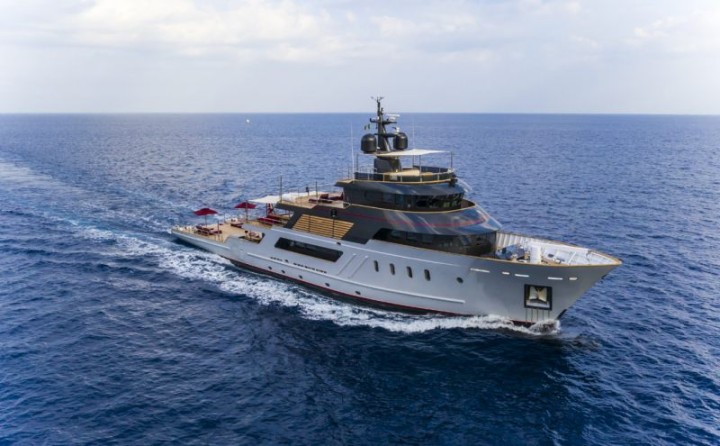 Owner Pier Luigi Loro Piana is a highly experienced sailor, but the Masquenada motor yacht refit project was based around his changing priorities.

He still enjoys competitive sailing, but when he started planning a round-the-world trip it quickly became clear that an explorer yacht would offer much more onboard comfort during long-range cruises.

“I decided to go for a big, beautiful motor yacht of around 50-60 metres in length, capable of accommodating around 10-12 guests for exploring the world in safety and comfort,” says Pier Luigi Loro Piana. “The size of the yacht was critical: any bigger and I wouldn’t be able to access the small, secluded bays I was used to visiting with my sailing yachts.” 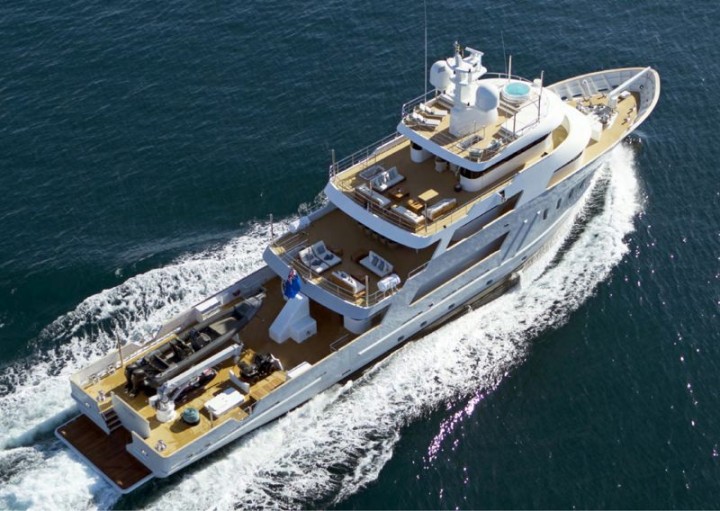 TOP-TO-BOTTOM REFIT
Building new was seriously considered at the beginning and together with Mario Pedol they come up with a new build 58 meter motor yacht concept.
“But any new build, sail or power” says Mr. Loro Piana  “would have taken at least three years and after one year from the loss of my beloved My Song I started thinking I didn’t want to wait that long”, so the hunt began for a suitable candidate for refitting. 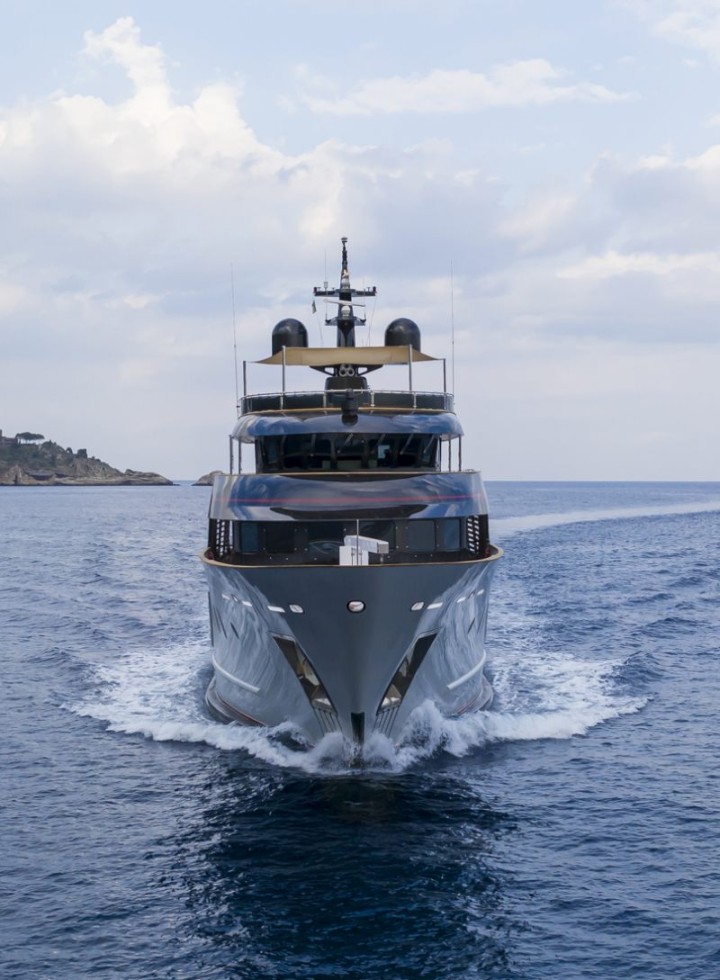 “I recalled a vessel called Aspire [originally Etra] I had visited a few years before that I thought could fill the bill,” says Mario Pedol, co-founder of Nauta Design, who has known the owner for over 40 years. “Solidly built with ocean-going range, her almost 600GT volume and 51-metre length suited the owner’s plans to tour the world with his family. With Nauta acting as the buyer’s broker, a deal was struck and Aspire arrived in Italy in September 2020. Time was short and we wanted to get works off the ground so we chose Lusben, Azimut-Benetti’s refit branch, for this top-to-bottom refit that required redesigning the vessel both inside and out.” 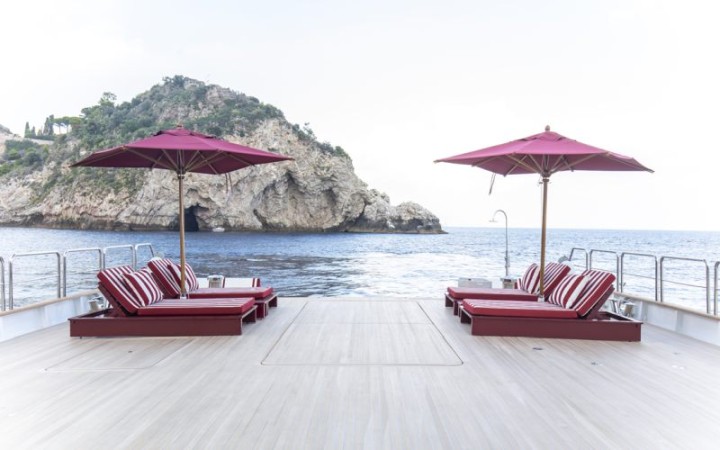 The most obvious intervention requested by the owner is the complete redesign of the main deck aft. The stern had already been extended during a previous refit, but he wanted an open-air beach club with easy access to both the water and to the main salon that was also able to house an array of tenders and toys. 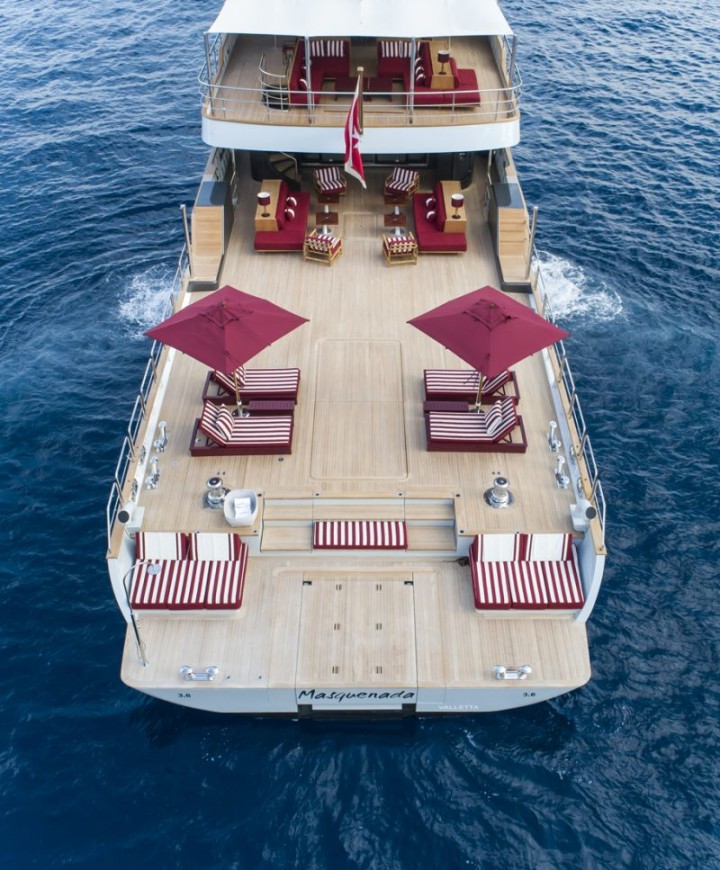 To this end, the aft bulwarks were cut away to provide a flush deck with unimpeded views suitable for heli operations and the transom was transformed into a true pieds dans l’eau swim platform. A major modification was removing the old deck crane and replacing it with a custom-built, 7.5-tonne capacity crane that folds away out of sight into a dedicated compartment below deck.

With space for two or more tenders, including an amphibious Iguana, when the tenders and toys are in the water the flush aft deck provides an enormous lounging or party space. The boarding ladders on both sides are height-adjustable depending on whether a tender or the Maxi Dolphin-Nauta chase boat is docked alongside. 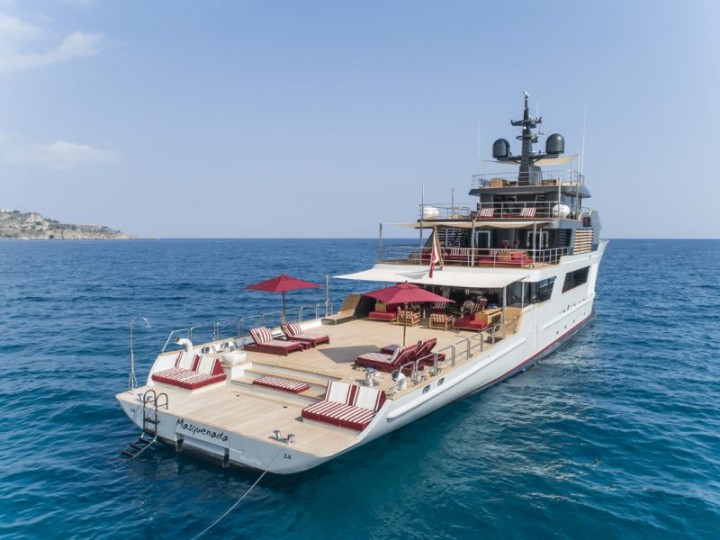 “The crane hangar required cutting off the stern section and adding a completely new aft block,” says Pedol. “Naval architect Francesco Rogantin was engaged to reconfigure the underwater lines and we like to think the new transom looks more like a sailing yacht than a motoryacht. The main salon was transformed with the installation of a 2-metre wide door to enhance the connection with the open aft deck. The starboard access to the engine room is also new, as are the ventilation trunks  with integrated chaise lounge.”

Both the upper and the bridge decks were already large and very liveable, but the aft overhangs of the upper and bridge decks were extended by 1.5 metres to create a more graceful profile and more shade underneath. On the bridge deck there is now room for gym equipment and two sailing dinghies that can be stowed away in a covered bay that doubles as a sunbed. The upper deck aft is set up for al fresco dining and lounging, while the top deck serves as an observation platform with a fitted BBQ-galley.

The original twin Caterpillar 3508 engines (total 2,100 hp) were thoroughly serviced and a new exhaust system fitted. With new propellers and the reconfigured hull lines aft, the yacht actually gained an extra 1.5 knots of top speed. Noise attenuation was a priority for the owner, so the brand new three Kohler generators are housed in sound-proof boxes and mounted on vibration dampers with structural reinforcements to avoid noise transmission through the hull.

The sophisticated interior design by Misa Poggi is based on contrasting dark and light wood joinery combined with saddle-stitched leather and brushed bronze accents. The overall ambience is warmly refined but casually welcoming with parchment, bamboo and woven finishes adding an exotic touch. 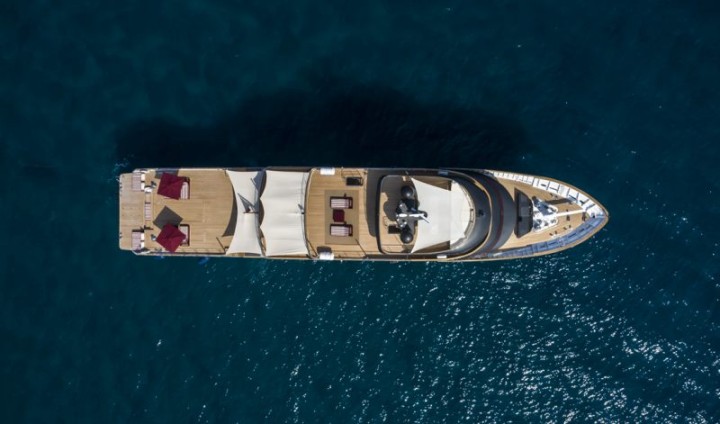 Guest accommodation comprises two suites on the main deck, three on lower deck and a master stateroom on the upper deck forward for a total of 12 guests including the owner. The bulwarks flanking the owner’s lounge were cut down to provide better sea views and the voids fitted with electrically-controlled louvres for extra shade or privacy when moored in the marina. 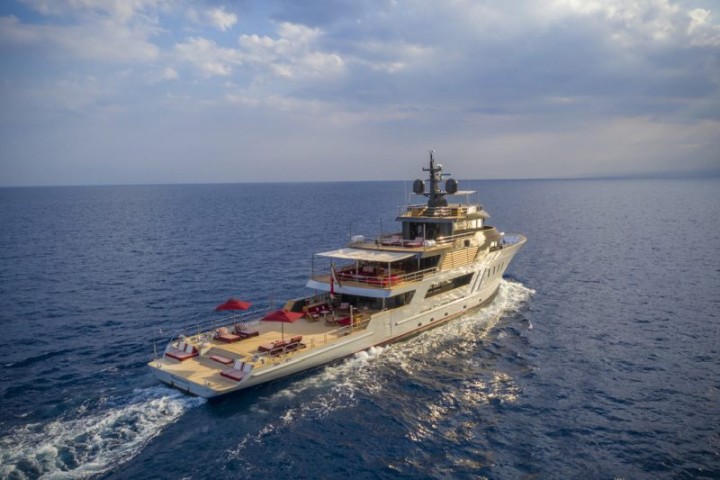 Masquenda was relaunched in June 2021 sporting a new light and dark grey livery just over 8 months after arriving at the Lusben facility in Livorno. She spent her first summer cruising the Mediterranean andhas now departed for the Caribbean at the start of a three-year voyage that will take her around the world. 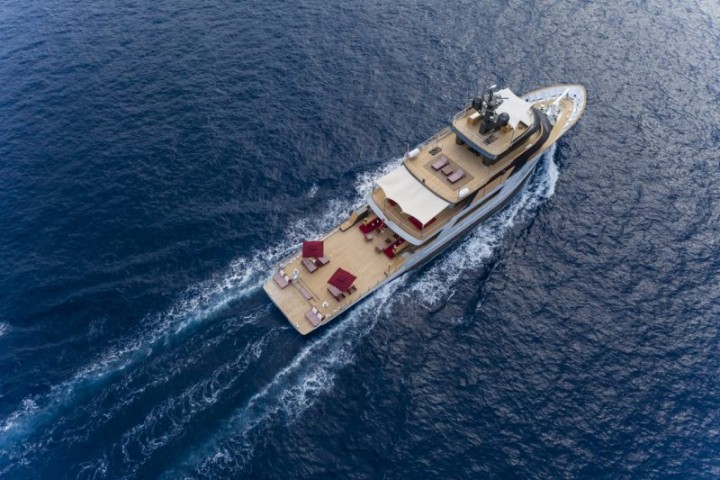 “Masquenda is a very versatile yacht and I am definitely very happy with the final outcome,” says Pier Luigi Loro Piana. “All the design team worked very well – Nauta, Misa and Rogantin – and my life on board with my family and friends last summer was just what I had envisaged when we started out on this adventure!” 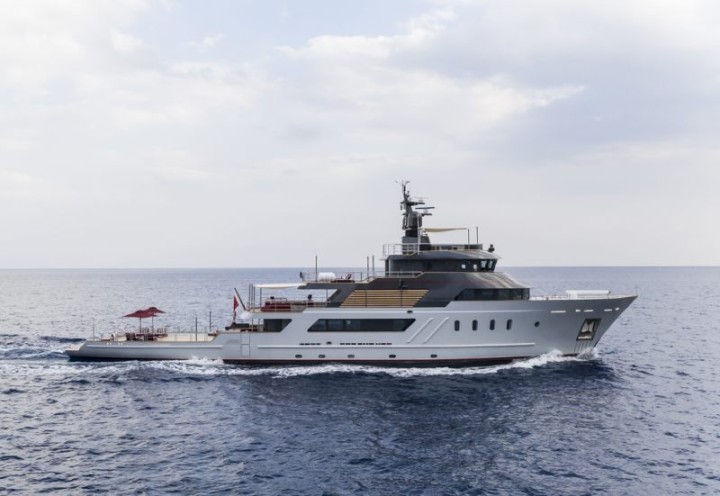 Tankoa announces the sale of the first T55 Sportiva…

The Genoa-based boutique shipyard is proud to announce the signing of a contract for the... 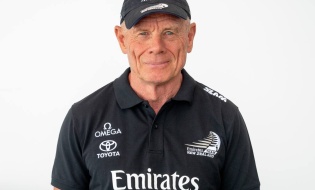