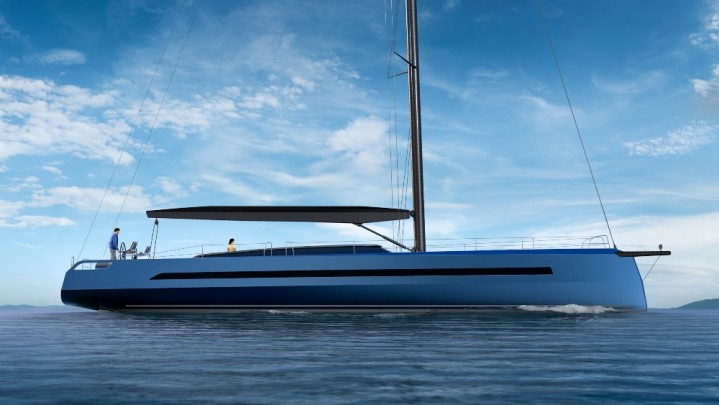 Alva Yachts, the German manufacturer of sustainable catamarans, sailing vessels and floating villas, have announced the next model in their lineup: named Ocean Sail 82, it will be a sailing yacht with electric power to support cruising and onboard systems.

The key to the system will be the battery pack, which takes energy from an onboard generator and solar panels. The generator itself can be replaced, as the shipyard suggests, by an even greener hydrogen tank with fuel cells. Designed by Henndesign studio in cooperation with Bad Pyrmont and iYacht for the naval architecture, Ocean Sail 82 is an environmentally friendly vessel, but it is also and firstly a sailing yacht: the hull and the rig have been designed taking inspiration by racing yachts. Despite the size and the comfortable interiors, in fact, Ocean Sail 82 will be capable of taking its guests into luxurious regattas. 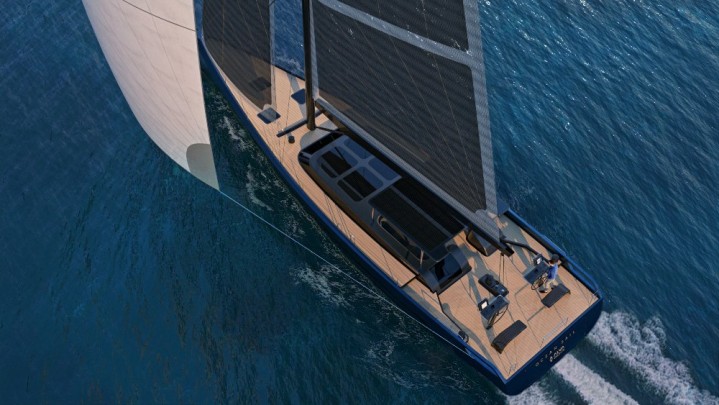 Of course, the core idea of the vessel is to be environmentally friendly. With sails to exploit the wind and solar panels to recharge the battery pack, the range is virtually unlimited, making it possible to sail across the planet and stay off-grid as much as desired.
A higher need of electricity, in case of multiple on-board systems running or motor cruising, can be supplied by recharging the batteries with a generator. The 1000-liter fuel tank and the reduced fuel consumption of the generator mean thousands of miles of navigation without refill.
But the greenest option, already studied by Henndesign, replaces the diesel generator and its tank with a hydrogen fuel cell. Once the gas is stored in a high-pressure tank aboard, it is converted into electricity by the fuel cell, with the only waste in the process being fresh water. In this case, the whole usage of Ocean Sail 82 is totally harmless for the sea and the environment.

A further way of generating power comes from the propeller: whenever the yacht is sailing pushed by the wind, the prop can rotate counter-wise and recharge the batteries, thus storing more energy completely for free.

State-of-the-art design is also found in the construction, which uses vacuum-infused GRP and carbon fiber, with the chance to have carbon fiber mast and boom.

The main layout consists of a large salon with panoramic view onto the ocean and a dining area for ten, a lounge and relaxation area, and a complete galley to aft with 609 l refrigerators and waste compactor for improved autonomy. Night accommodation is granted by four double cabins with private bathroom, with the owner's apartment taking the bow of the lower deck.
A second layout drops the fourth cabin with bunk beds, to replace it with the owner's office.
In both cases, a crew cabin for two features bunk beds and private heads. 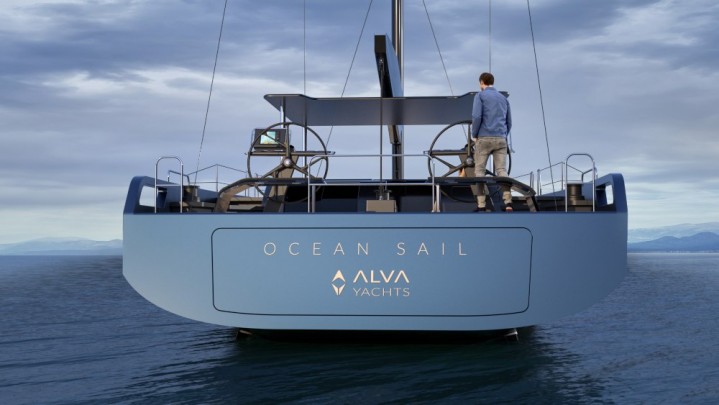 The transom of Ocean Sail 82 sports a hydraulic platform which helps launching and hauling the 3.85-meter tender into the aft garage. In accordance with the whole project, the tender will be powered by an electric outboard or by a jet propulsion with electric motor.

Alva Yachts will offer a delivery experience as an option: the chance to sail from the shipyard to a chosen Mediterranean harbor destination, with two crew from the shipyard itself, and for as long as three weeks.

The whole project of Ocean Sail 82 has been deemed so advanced that in 2019 it has won the A' Design Award in Yacht and Marine Vessels Design. Developed after analyzing thousands of design prizes, and with an ethnographic research and survey of over five-hundred designers and brands, A' Design Award and Competition is considered the World’s largest, most prestigious and influential design accolade, and the highest achievement in design.

About Alva Yachts
Alva Yachts was founded in Germany in early 2020 by Mathias May and Holger Henn. It was built on the former PICA yachts, which launched more than 40 boats. May brings with him many years’ experience in boatbuilding, and is managing director of the new company, based in Bad Pyrmont, Germany. Henn, on the other hand, is a celebrated yacht designer with numerous award-winning designs from 26ft to 82ft under his belt. He has taken on the role of CEO of Alva Yachts. 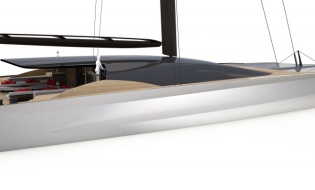 A 35 metre design by BlackCat Superyachts

A 35 metre design, the second in the ground breaking BlackCat range that continues their... 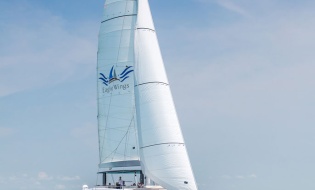