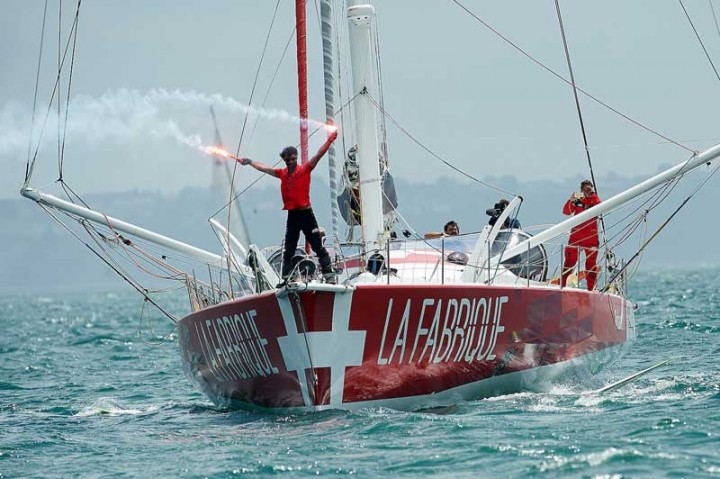 The summer news is rolling in off the presses for the IMOCA skippers, some of whom are preparing to switch to race mode for the Rolex Fastnet Race, which will set sail at the end of next week.

For others, it’s time for their latest-generation IMOCA to leave the yard, as is the case for ARKEA-PAPREC skippered by Sébastien Simon, which was revealed last Thursday, and that of Thomas Ruyant, which arrived in Lorient from the Italian Persico yard on Wednesday, not to mention Charlie Dalin’s new APIVIA set for launch imminently.

Among the British contingent, the assembly of the new Hugo Boss is coming to an end, as shown in a photo teaser posted yesterday by her skipper Alex Thomson.Finally, the time has come for Alan Roura to savour his victorious North Atlantic record attempt, which saw him knock over 12 hours off the previous record held since 2013 by Marc Guillemot aboard Safran. 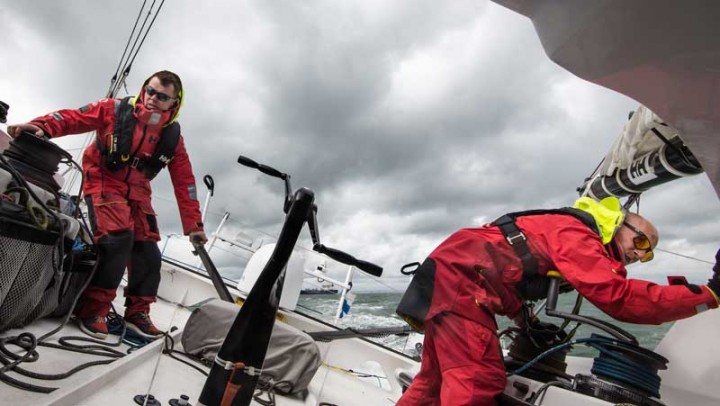 Ari Huusela with the Irish sailor Michael Ferguson for the transatlantic race.

Last Friday, after a sprint of over 7 days, Alan Roura crossed the finish line off Lizard Point (the most southerly tip of Cornwall), to secure the prestigious North Atlantic record in a time of 7 days, 16 hours and 55 minutes, improving on the previous record held since 2013 by Marc Guillemot on Safran by 12 hours and 25 minutes. It proved to be incredibly enjoyable and immensely satisfying for the skipper of La Fabrique, whose boat has just been kitted out with foils. Alan Roura: "I’m very happy to have hunted down this record on an old boat. This transatlantic passage has taught me a great deal… We now have a very honed boat, which is close to being able to battle it out in the big league…".

Following on from Jérémie Beyou’s Charal, ARKEA-PAPREC is the second latest-generation IMOCA to be launched with a view to the IMOCA Globe Series and the Vendée Globe 2020. Following a 7-month assembly in Port-La-Forêt, the red and blue monohull left her shed on Thursday to the great delight of her architect Juan Kouyoumdjian: "She’s a foiler we designed to the new IMOCA rule. The hull we’ve created means the true potential of the foils can be better exploited". 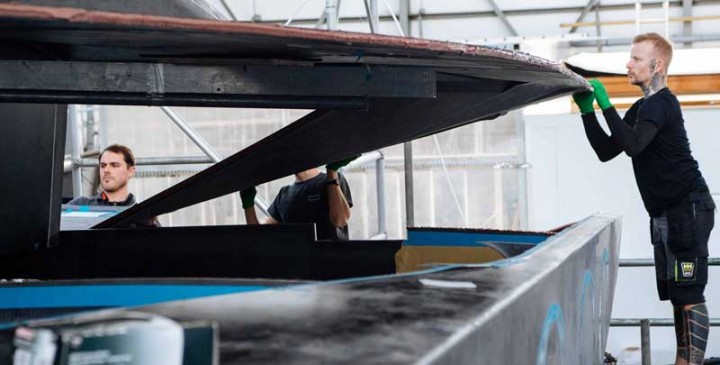 First photo from the cuddy of the new Hugo Boss

As such, the initial sea trials can now begin for Sébastien Simon, who will be participating in the Rolex Fastnet Race with Vincent Riou in less than two weeks’ time: “It was important for me to be one of the first to launch the boat as the race start is imminent,” explains Sébastien. “This is a real confidence boost. The Rolex Fastnet Race will be a great trial run. There will doubtless be a few elements to tweak on the boat but at least this gives us a chance to get out on the water.”

Meantime, on the south coast of England in the Carrington Boats yard, where assembly of the new Hugo Boss is reaching completion in the utmost secrecy, British skipper Alex Thomson yesterday teased us with the first photo from the cuddy of the new boat, in his own unique style... 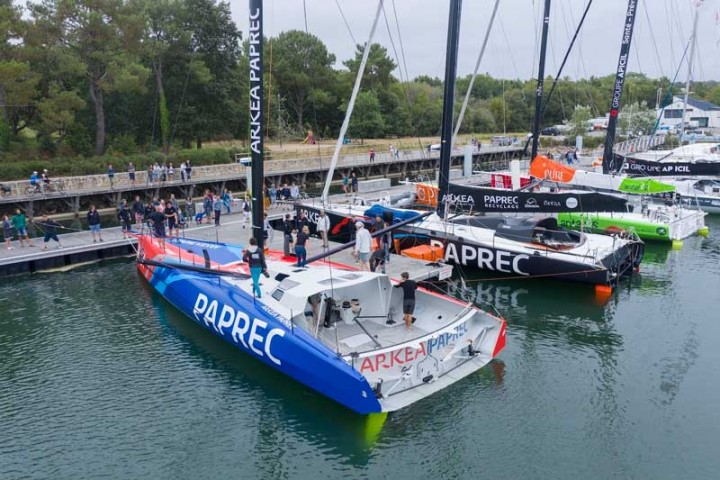 Snippets of News...
The duos are continuing to get in some training for the next Transat Jacques Vabre and Stéphane Le Diraison (Time For Oceans) will apparently be relying on the skills of his boat captain François Guiffant in the Fastnet Race and the Transat Jacques Vabre. "For the past 15 years, François has amassed a vast amount of IMOCA experience preparing the boats for skippers like Jérémie Beyou, Vincent Riou and Jean-Pierre Dick. He’s also done a lot of sailing. His talents as a technician and skipper are a real bonus".

The first Scandinavian skipper signed up in Imoca, Ari Huusela (Finland) will be teaming up with the Irish sailor Michael Ferguson for the transatlantic race aboard Ariel 2, the former Aviva skippered by Dee Caffari.

Delivery: Kojiro Shiraishi’s former monohull Spirit of Yukoh was bought in Japan by Benjamin Dutreux and is set to arrive in Belgium today by cargo ship. She will then set a course for La Mothe Achard in the Vendée region.

Web: Note that the new IMOCA Class website will be online next week, on Tuesday 30 July to be exact. 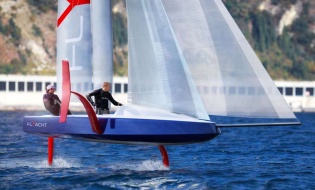 The 2021 edition of the America’s Cup will see the radical AC75 Fly Monohull racing... 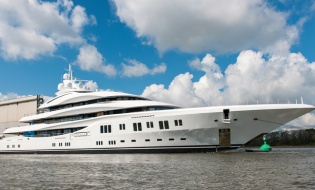 On the 30th April 2015 Lürssen launched project Orchid. She was launched from the floating...