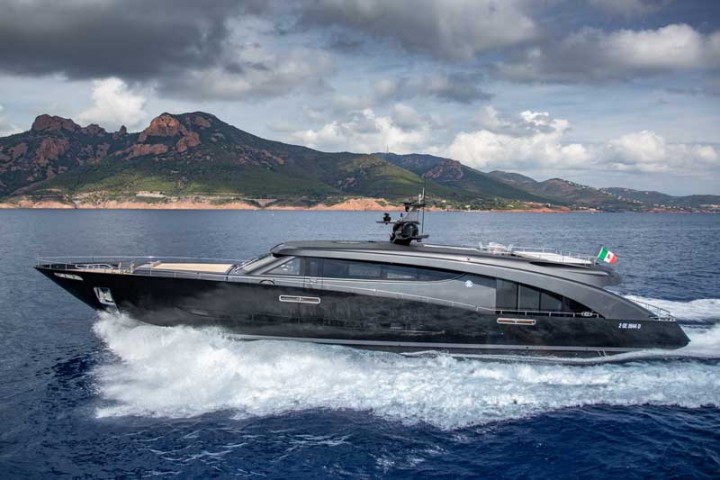 "My relationship with Roberto Cavalli goes back nearly 20 years when we worked together on his former yacht, the 41m Baglietto RC.

Our collaboration was renewed in 2016 when he approached me to design a new yacht. The brief this time was very different. He had used RC a lot as a corporate vessel to promote his business and it was always full of VIP guests. This time he wanted a yacht for strictly private cruising with his partner, three crew members and up to four guests. Not forgetting his two dogs, Lupo and Lapo.

As he has a nautical licence, Roberto also wanted a smaller boat to be closer to the water and so he could go back to driving it himself, which meant a waterline length of 24m or less. The yacht also had to be capable of 40 knots, which led to specifying three MAN engines coupled to three KaMeWa water jets and lightweight construction using aluminium and carbon fibre. 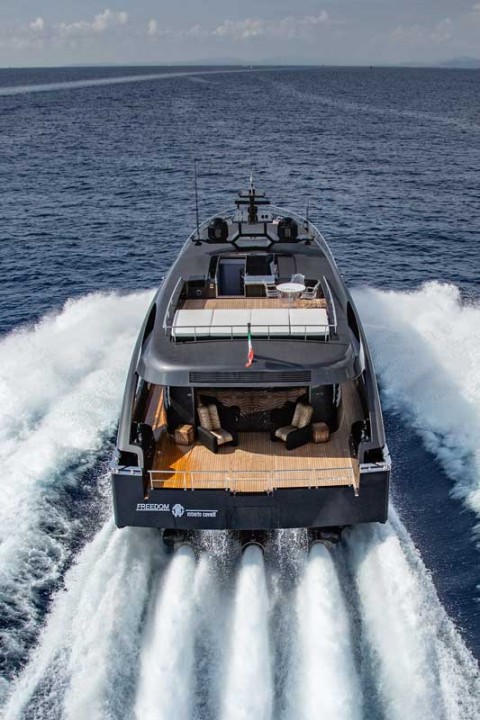 Cavalli further specified that his own suite should be on a raised level behind the pilothouse – a first on a yacht of this size – with all-round sea views and natural ventilation. This meant devising a split-level layout whereby the main salon is on the main deck aft with the owner’s suite just four steps up on the same level as the pilothouse.

A VIP suite and a guest cabin (with bunk beds and a bathroom that also serve as a day-head) are on the lower deck, along with the galley/dinette and crew accommodation. There is also a cosy sundeck lounge with private access from the owner’s suite. The 3.8m tender is housed under a carbon fibre hood on the foredeck. 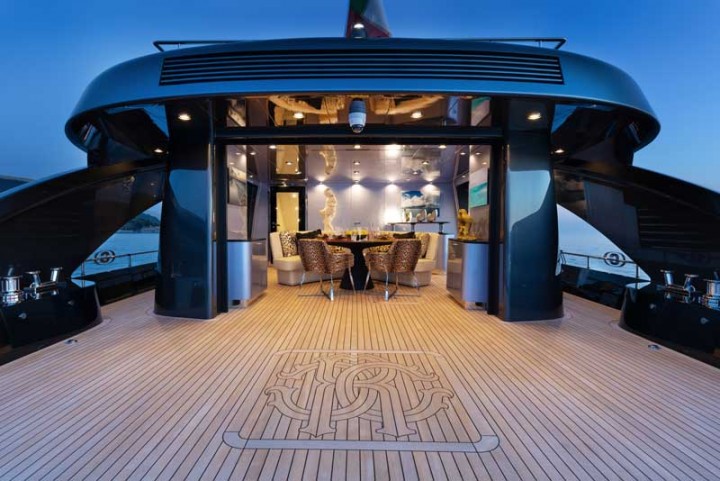 To ensure privacy, the owner’s suite is accessed by a staircase from the main salon that also serves as a private lounge when there are no guests on board. And to provide close contact with the sea the aft deck cockpit is much lower than normal, functioning as a continuous outside space with sliding glass doors on three sides. Lowering the deck height was quite an engineering challenge as the engine room three is directly underneath.

In terms of exterior design, Roberto Cavalli wanted something sporty and aggressive that would reflect his personal approach to life at sea and his strong personality. In his own words, he wanted “a boat that Batman would drive!”

We developed several different profiles before finalising the exterior styling with two sweeping arches framing the aft cockpit, which also help shield the space from the wind. To emphasise and convey the yacht’s sporty nature, it was decided to paint the hull metallic black and the superstructure metallic dark grey. 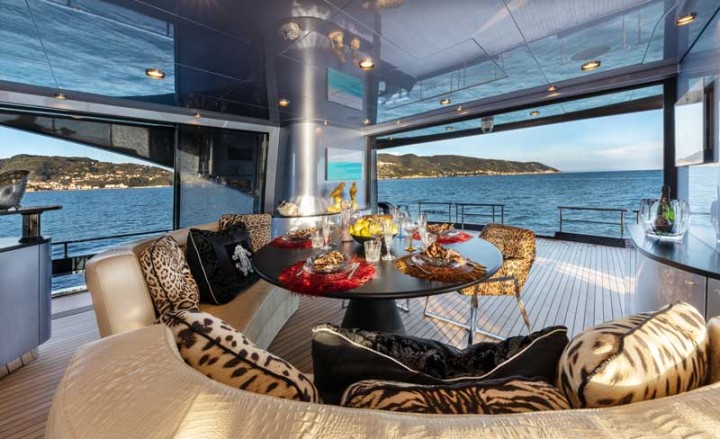 Although we approached several shipyards to build the yacht, Cerri Cantieri Navali (CCN) was the only one willing to accept the tight build schedule of just 14 months as part of its Fuoriserie line. The shipyard in Carrara, Tuscany, was also convenient for Roberto to make frequent visits during the build from his home in Florence.

OWNER INSIGHT: Roberto Cavalli
The challenge was to maximize the contact with the sea while ensuring uncompromised privacy. Mandatory key feature was a very comfortable space, with just a few easy steps and staircases, natural light and air ventilation, and all-round sea views. My cabin is behind the wheelhouse because I also drive the boat myself. The private fly deck is another important feature, as is the home-style galley/dinette below deck and good accommodation for my crew. 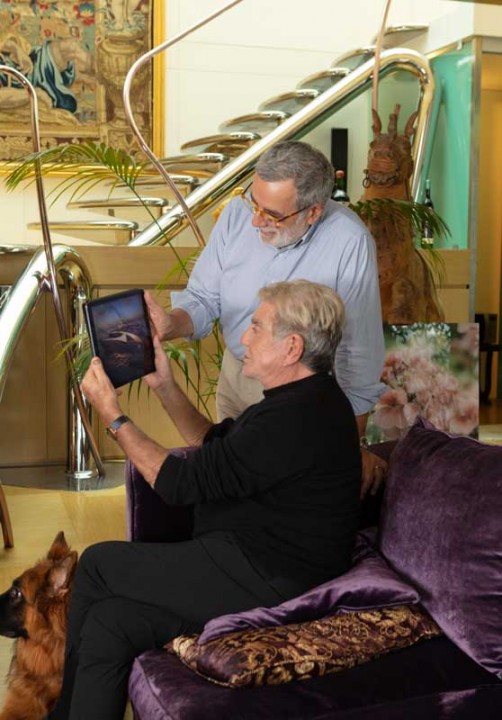 I’m a creative person, so I wanted to do the interior design myself, which meant selecting all the materials, finishes and accessories. Tommaso assisted me along the way to make sure the chosen furniture would fit properly into the available space.

My style is eclectic and I chose a lot of African animal-skin prints for the upholstery, cushion covers and bedspreads, which is a theme in some of my fashion collections. I’m also a keen photographer and the bulkheads are decorated with panoramic photos taken during my travels.

I’m overjoyed with the final result and aim to spend as much time as I can on board. This year, for example, I’m planning to start the season with an Easter cruise and hopefully live aboard until September! 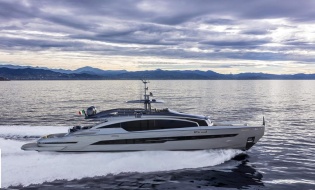 GTX116: the first project in the innovative GTX range

Pershing’s signature DNA takes on a new dimension of comfort. 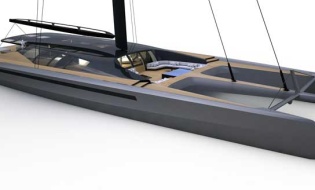 BlackCat Superyachts announced an exclusive alliance with a selection of the industry’s leading suppliers in...