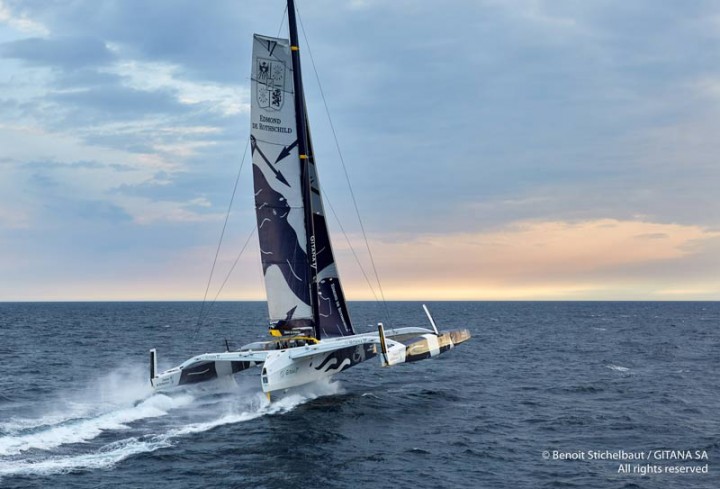 The Maxi Edmond de Rothschild joined the legendary Gitana line, a quite unique family maritime saga initiated by the Rothschild clan in 1876 on the shores of Lake Geneva.

The fruit of nearly three years of work, the study and build combined, the 32-metre giant fitted out by Ariane and Benjamin de Rothschild epitomises the daring and entrepreneurial spirit continuously demonstrated by her owners. Indeed, she is leading the way in a new generation of large flying offshore trimarans and, needless to say, her debut flights were eagerly anticipated...

Immediate take off
Since the Maxi Edmond de Rothschild project was announced, the Gitana Team has been on a precise course, giving itself the resources to match its ambitions: designing and building the first flying offshore maxi-trimaran, a two-in-one craft capable of performing well in Archimedean mode, as well as being poised to ‘take off’ when weather conditions allow, with the ultimate aim of circumnavigating the globe singlehanded in 2019-2020. 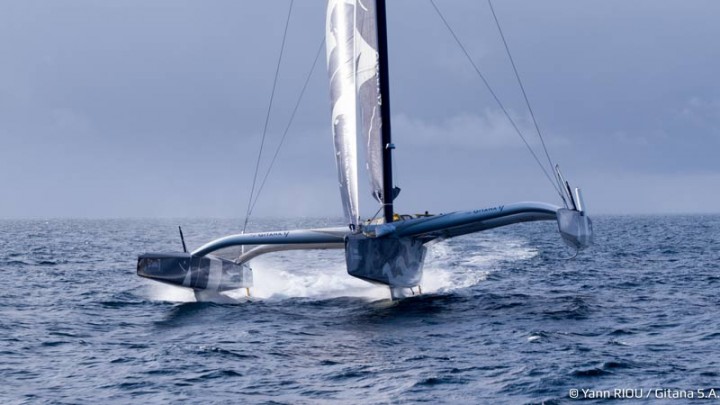 A few weeks ago, with the launch of the latest addition to the Gitana fleet, the five-arrow team was finally able to put theory into practice with a series of sea trials. Taming the new steed and exploring the potential of this Verdier design day on day, this summer has been a studious one for Sébastien Josse and his men. However, it’s a beaming skipper who tells us of his first tacks and above all his debut flights: “We immediately saw that the boat was keeping her promises: stiff and safe and begging to unleash her power! When the two foils were installed in mid-August, we were very quickly able to trim them to make the switch from Archimedean mode to flight mode! The first time the boat took off was an incredible moment. We had 15-17 knots of breeze and flat seas, with waves of less than a metre… everything was in place to fly. Aboard the boat there was a mixture of excitement and surprise, as well as pride. Indeed, even though we’re only at the start, and well aware that we have everything to learn and a lot to discover, inevitably it’s hugely satisfying to see that we’re heading in the right direction.”

17! Decidedly, a figure that is tailor-made for the Maxi Edmond de Rothschild... Indeed symbolically, this first flight immortalised via drone by the team’s talented media man - Yann Riou – took place offshore of Lorient on 17 August 2017, one month to the day after Gitana 17 left the yard. For the first time, the 15.5 tonnes of the 32-metre giant were supported by the Maxi’s appendages; T-foil rudders and L-shaped foils for the floats, not to mention the skate-wing form on the daggerboard of the central hull, which didn’t go unnoticed during the launch. 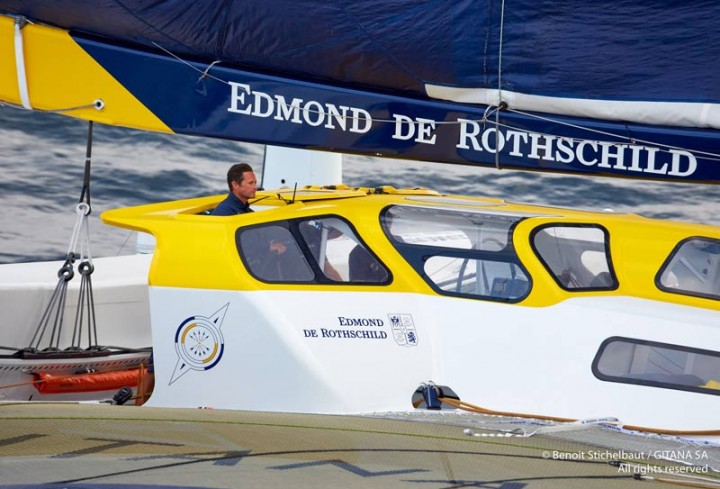 Switching from one mode to another, the discovery phase
“Since this first flight, we’ve be taking things step by step and getting a feel for the point of lift-off, which clearly takes the Maxi into another dimension. It’s as if we have two boats, classic Archimedean and classic airborne. Between one mode and the other, the boat handles very differently, in terms of the trimming naturally and also when we take off. The sailing angles change, as does the apparent wind, and the helmsman has to change the way he pilots the boat accordingly. These initial trials are very positive. The Maxi Edmond de Rothschild is safe and stable in flight and we’re gaining confidence with every sea trial to reach increasingly interesting target speeds,” the sailor explains. Inevitably enthusiastic about these promising debut flights offshore of Lorient, Sébastien Josse and Thomas Rouxel are making sure they don’t lose sight of their short-term objective: the Transat Jacques Vabre, which sets sail from Le Havre on 5 November 2017: “flight logically forms part of the discovery phase of the boat, as it is one of her characteristics, but I reiterate the fact that it isn’t our main focus at this stage. In the Jacques Vabre, we’ll be up against crews who know their boat like the back of their hands… Thomas and I are trying to get in as much sailing as possible to make up for that and we’re doing lots of nights as any nocturnal sailing of over 12 hours equates to accelerated learning.” 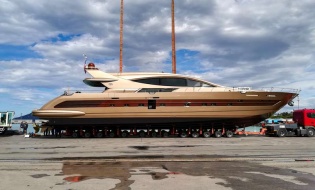 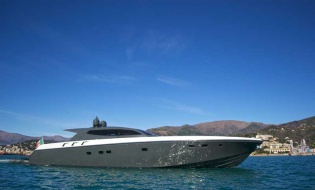 OTAM was determined to combine performance with a high level of customization and comfort in...