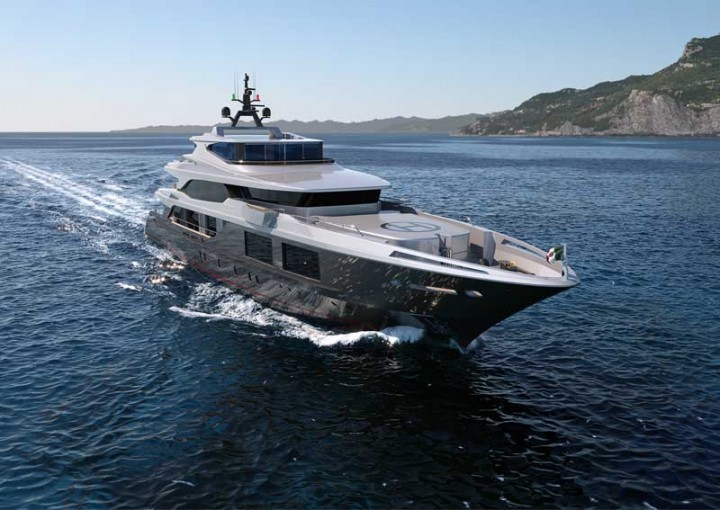 With a Gross tonnage of 800GT abt., an overall length of 54.00m, a maximum beam of 9.80m and steel hull and aluminum superstructure, the M54 will reach a maximum speed of 17 knots. As every other Mondomarine, the M54 will be tailormade on its Owner’s needs giving him an one of a kind amazing project to proudly cruise on around the globe.

The M54 features four guests’ cabins on the lower deck, the Owner’s cabin on themain deck and a sixth cabin convertible into amedia room on the upper deck. M54 will be equipped with an elevator serving the four decks and a touch and go helipad. As a globetrotter, due attention has been paid to the range and a considerable amount of space has been dedicated to large tenders, jet-skis and water toys. Roberto Zambrini has announced the sale together with Kevin Bonnie on Monday the 14th, on the occasion of the Cantieri Navali Campanella 100th Anniversary celebration. The sale was in fact conducted in cooperation with IYC Monaco. The delivery of M54 is due by spring 2017.

Cantieri Navali Campanella started shipbuilding on what is now the 35,000m2 Mondomarine Shipyard in 1915.

Since then, Cantieri Navali Campanella shipyard represents a center of excellence in ship and yacht building as well as in repairing. Anchored to the shipyard’s strong heritage, the brand Mondomarine was created to sign the custom-made yachts over 40 meters made in aluminum alloy and steel. Two years ago Mr. Falciai and Mr. Zambrini, whose intentions are to enhance the uniqueness of each Mondomarine design, have acquired the brand and the production site.

While the commercial and marketing duties of Mondomarine have been moved to the prestigious location of Monaco, the new owners’ will is to empowermore andmore the Savona’s shipyards with new vitality andmodernity. Cantieri Navali Campanella is the ideal set for the production, the repair and refit offer and the showroom’s activities.

The centenary, celebrated this year, will be the occasion to relaunch the shipyards’ identity. The very custombuilds, the increasing international attention and the guarantee of the Italian quality are just some of the pillars on which Mondomarine leverages in its renewal while constantly seeking for continuous improvement.

On May 2015 Mondomarine won the running to take over Cantieri di Pisa, historical brand of the Italian yachting industry, synonymous of Italian quality in the world of yachting. To be acquired were the trademarks of the yard, warehouses and facilities and the six boats under construction. The transaction also provided for the total absorption of the labour force working in the yard, 33 employees so far. Along with its tradition,Mondomarine carries on designing, engineering and building ships at the Savona Cantieri Navali Campanella production site still offering full-cycle production right fromthe cutting of the hull plates all the way to completion.

62 are the units built so far byMondomarine in addition to the number previously reached by Cantieri Navali Campanella. During the last 9 years Mondomarine sold 21 yachts over 40mlength 9 of which over 50mlength. 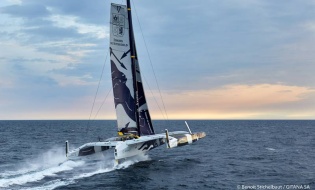 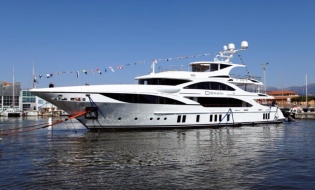