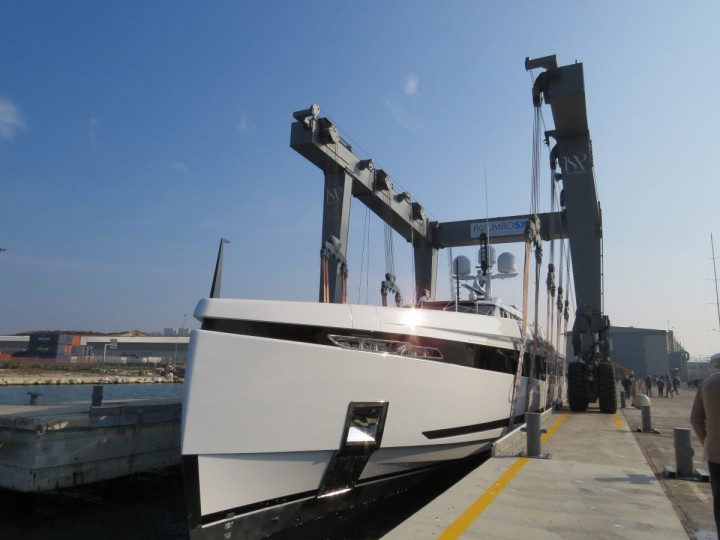 Born in 2011 with its award-winning 40-metre models, the Columbus Sport line confirms its success. Featuring a vertical bow and sleek lines, this project has broken the mold of the time and has become an icon of sportiness and elegance.The fleet is now enriched with a new 50-metre model which encompasses the distinctive elements of this design and combines new aesthetic features to an engineering development of the hull which in navigation guarantees a high level of comfort even in rough sea conditions.

Columbus Sport 50 M/Y K2 stems from the naval engineering of Palumbo Superyachts in collaboration with Hydro Tec. The external lines and the interior design are penned by LUCA DINI Design & Architecture. 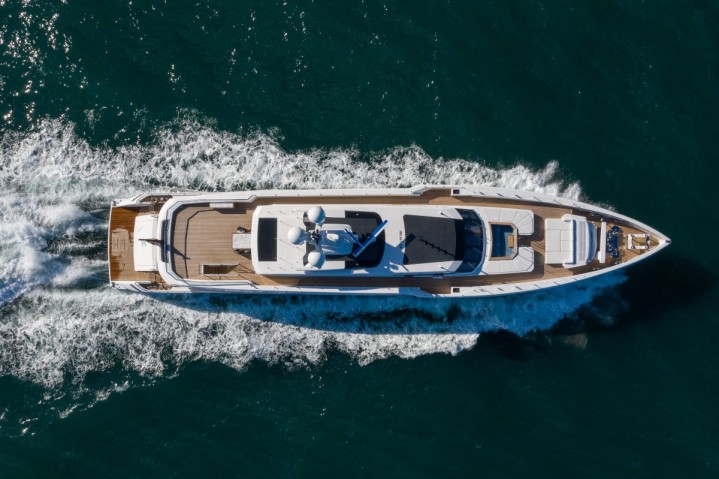 Characterized by several unprecedented solutions designed at the owner’s request, who is on his third project with Palumbo Superyachts, M/Y K2 accommodates 11 guests in 5 comfortable cabins assisted by 11 crewmembers housed in 7 cabins. The aluminum hull and superstructure together with a gross tonnage of 499 are definitely one of the strength points of this vessel that, combined with a maximum draft of 2.2 m, make her a one-of-a-kind yacht on the market capable of sailing in shallow waters.

Powered by two 2,600hp MTU engines, M/Y K2 reaches a top speed of 21.5 knots, a cruising speed of 17 with a long range for transoceanic passages. Performance analysis at the lowest speeds reported very interesting results, also considering the keel structure, with a consumption of 70 l/H at 10 knots. 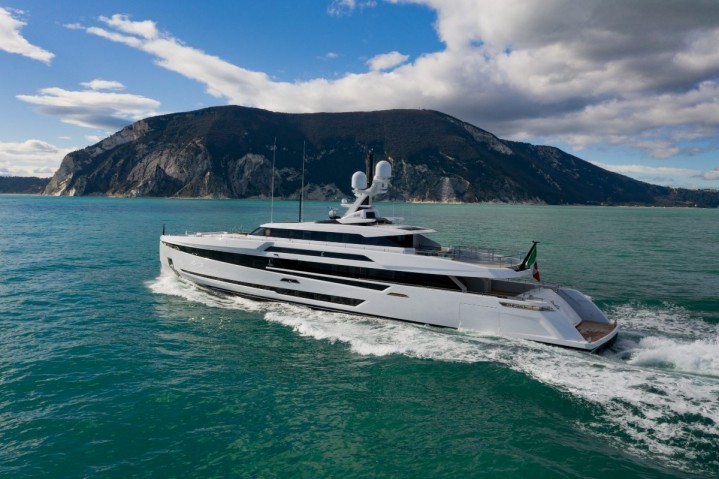 From a technical perspective, another carefully-considered aspect was noise and vibration reduction: during the sea trials just carried out, Columbus 50 Sport achieved extremely low noise levels in the guest cabins. This is particularly remarkable as they were obtained at 85% of maximum engine power, at a speed slightly above 20 knots.

Columbus Sport 50 M/Y K2 is scheduled to make her official debut at the upcoming Monaco Yacht Show in September. 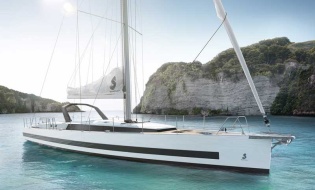 [Promo] Beneteau offers you the key to a new world – a world apart, in which... 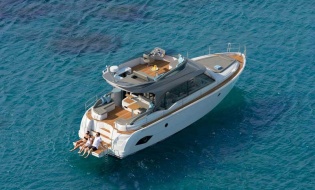 Now after the announcement of BAVARIA YACHTS at the beginning of September to develop a revolutionary...