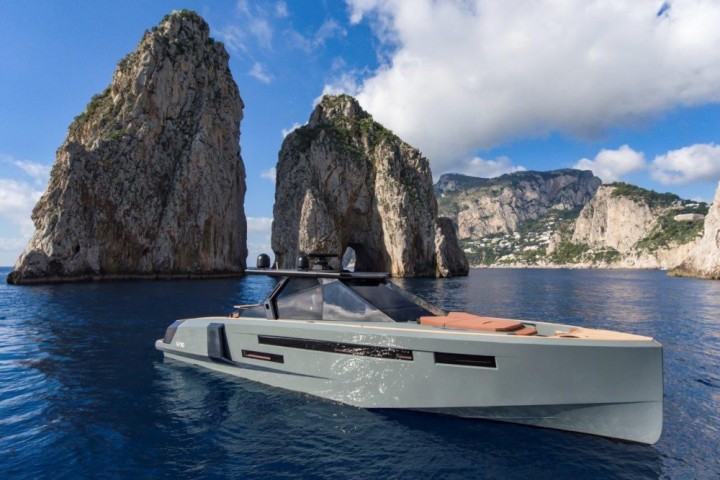 A third Evo R6 unit, fully personalised for transformation into a “party boat”, has been recently launched.

The shipyard and the designer worked together to adapt the layout and décor of this flagship to meet the various requirements of the owner, who received his new custom Evo R6 a few days ago. Maximum comfort when underway combined with all the fun that the R series flagship model can offer. A new unit was recently launched of the Evo R6, the 18-metre yacht that epitomises the long-term vision of the Blu Emme Yachts yard. Compared to her two sisters, this custom EVO R6 features new layouts, both externally and internally, and alternative furnishing solutions developed together with the German owner, who envisaged a boat with a more aggressive look perfect for celebrations and parties. 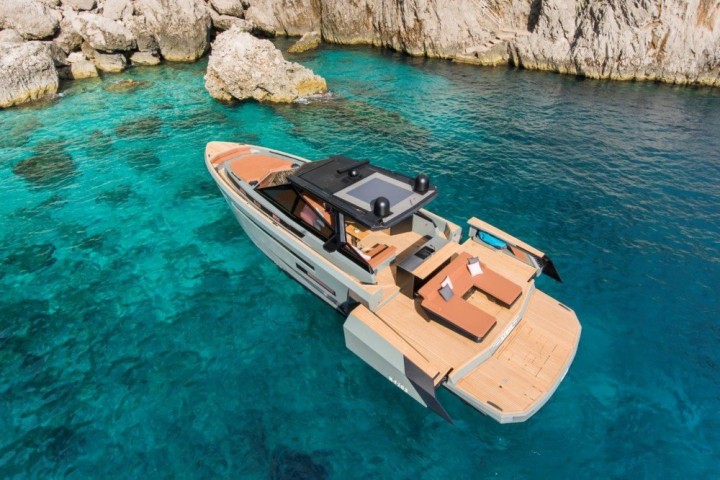 “Boats by Evo Yachts have always been admired for their transformability,” said the Mercuri brothers, owners of the Blu Emme Yachts shipyard, “but in this case we’ve shown how a model that was already outstanding in terms of its flexibility of style and use can be revolutionised still further to meet all the owner’s requirements”. The exterior layout has been modified to create a bar with a linear and functional design behind the stern sunpad. The brushed stainless steel structure and apparently suspended teak counter are seamlessly integrated with the unit containing a fridge, freezer and icemaker unit. 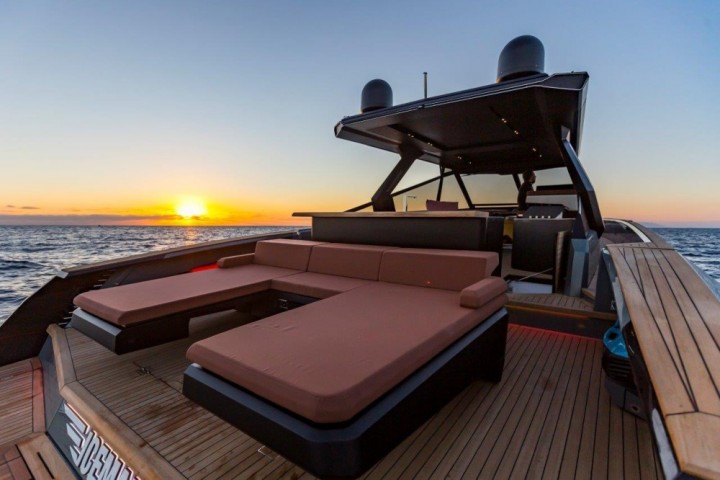 The spacious sunpad sofa is a small masterpiece of design. Technological, transformable and extendable, it encapsulates all the brand’s distinctive characteristics. Guests can use this feature to revolutionise the layout of the area in seconds: the backrest can be adjusted manually and transformed into seating for the bar, while the sunpad can be extended in width using an electric mechanism to form a C-shaped sofa overlooking the water. 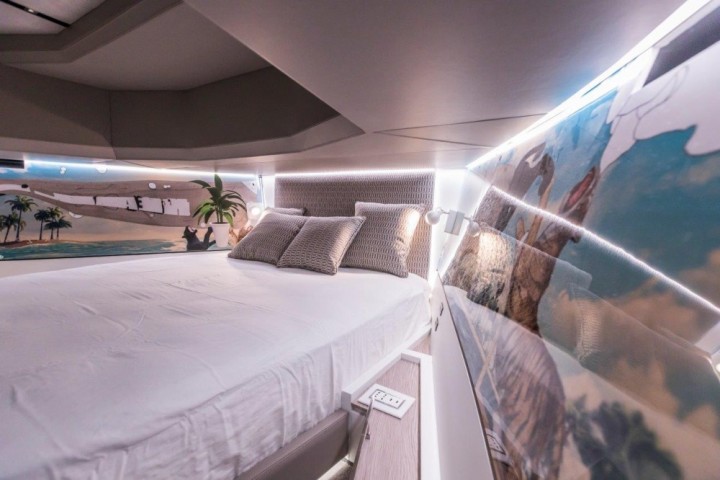 Even the smallest details have been designed with the greatest care: the sofa seems to hang in the air thanks to its clever structure and, unlike the previous two units in which the sunpad has a 2.8-metre tender housed beneath it, here there’s a special hatch to gain access to the jet boards. The lateral Xtension bulwarks, on the other hand, contain two seabobs, with a sliding system for ease of use. In the cockpit, the kitchen unit is in the same style as the bar and has been redesigned to accommodate a bigger grill. Also transformable are the new hanging pilot’s seat, the cockpit sofa with a backrest that can be used as an extra seat, and the cockpit table, which has an electric “up and down” mechanism and can be used either for lunch or drinks. The windscreen has two openings at the bottom to allow fresh air to circulate and make the cockpit even more comfortable. The forward sunpad and sofa have also been revolutionised in this new version of the Evo R6 by adding mobile backrests. 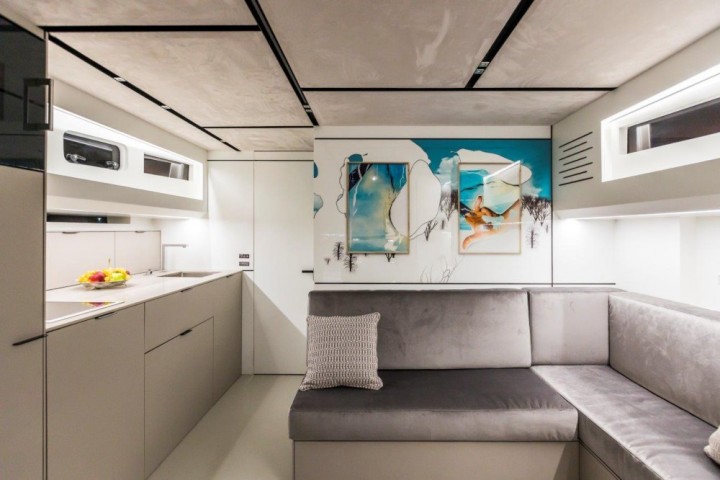 Below deck, the interior design is in a Northern European minimalist style, with clean, simple and squared off lines combined with a palette of pale colours. The owner has chosen a layout with three cabins plus a spacious dinette that can be turned into a fourth cabin. Once again, the Yard and designer Valerio Rivellini have shown their ability to customise the layout of a 58-footer and translate the owner’s needs into a masterpiece of functionality and design. First presented with two cabins + crew and then revisited in a three-cabin version on the Open model, this third version of the Evo R6 offers four guest cabins and three bathrooms.

The already exceptional technical performance characteristics remain the same, while consumption levels have been kept low. Propulsion is provided by a pair of 725 HP Volvo Penta IPS engines (IPS 950) that take the Evo R6 to a top speed of 35 knots and a cruising speed of around 28 knots. 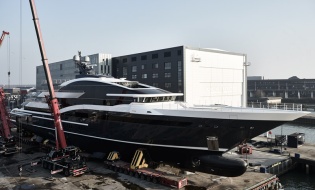 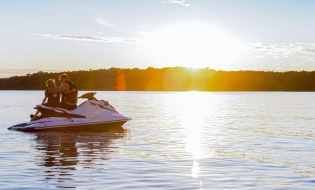 After so many years of experience, Yamaha still evolves to be closer to customers. Every...