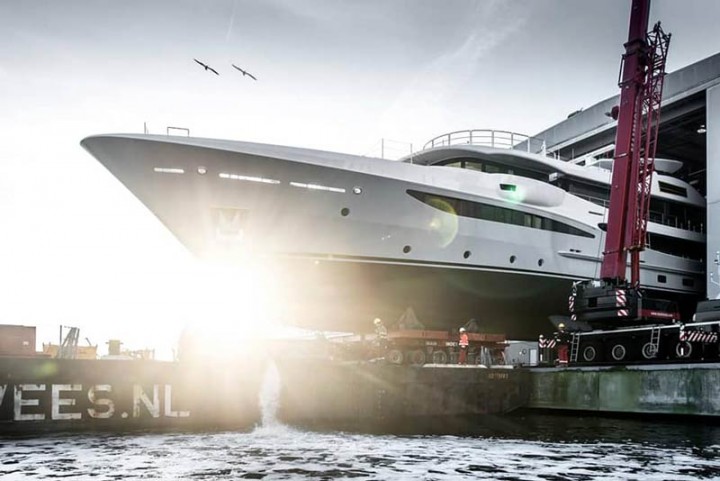 Beautiful sunshine in Holland welcomed a brand new AMELS Limited Editions yacht as she emerged from at the Dutch yacht builder’s yard in February.

The 55-metre AMELS 180 superyacht was the first of many new AMELS superyachts nearing completion for their owners before the summer season begins. For the yacht’s crew, the launch is a milestone bringing the maiden voyage closer after many months working together with the AMELS team. Captain Paul Bessant comments: “The teamwork here, the way that you feel so involved with everything, the relationship with the project managers. You feel very included, you feel that you really are part of the process from the beginning to the launch.” 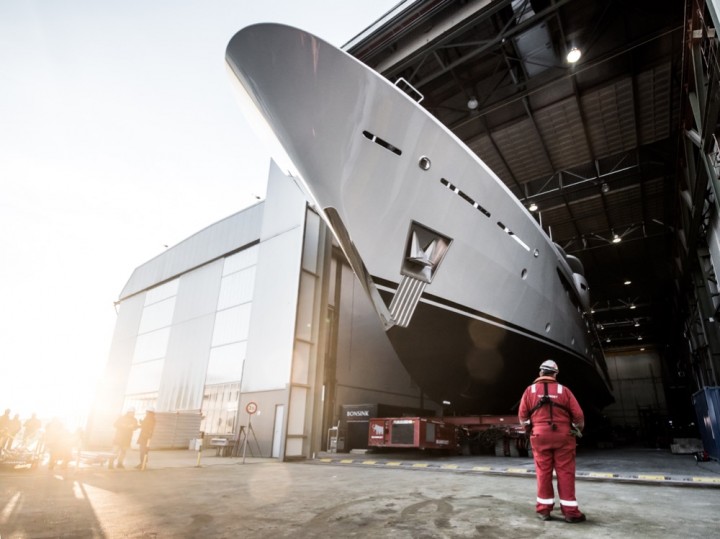 The launch uses the Roll-on / Float-off or ‘RoFlo’ method, a launching operation we’ve perfected at AMELS – with 35 operations over the last decade. Basically, we move the yacht from one of the fully climate-controlled covered building bays onto a floating pontoon, then to a floating drydock, which submerges and the yacht floats. It’s fast, efficient and low-risk for the yacht, but requires a high degree of planning and teamwork.

Adding to the complexity, AMELS also reversed the operation (Float-on / Roll-off) for the hull of another new superyacht, which is now in one of the two building bays. The yard also has two fully climate-controlled drydocks, one 140 metres in length and one 200 metres in length. 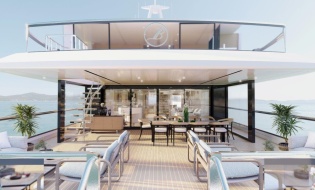 B.YOND is Benetti’s latest product: a new category of Expedition yacht based on tradition and... 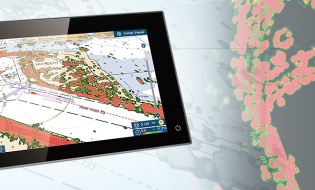 In 2012, FURUNO set a new standard for touch screen technology with the introduction of...