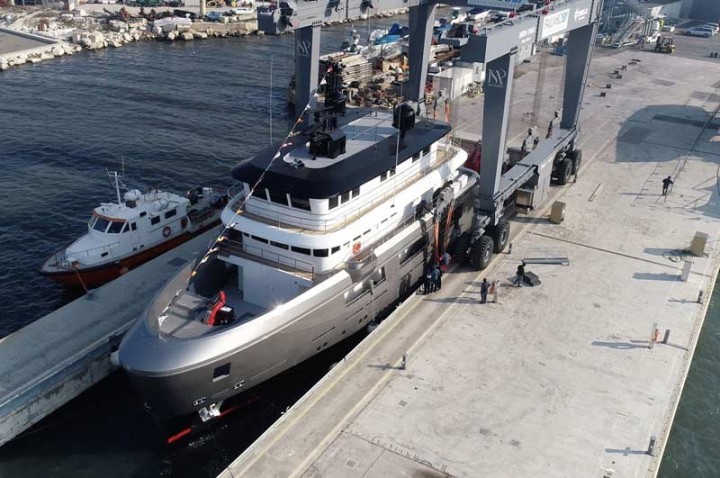 Two nightclubs, a Land Rover, a motorbike and a penthouse towering 15 metres above the sea: an impressive tally for the former Indesit chairman’s new Floating Life and Studio Sculli-designed, Cantiere delle Marche-built yacht.

M/Y Audace, a new explorer yacht measuring just shy of 42.8 metres in length and 9.4 in the beam, has been launched at the Cantiere delle Marche. She was designed by Floating Life CEO Andrea Pezzini and architect Mauro Sculli of Studio Sculli of Sarzana. Floating Life is a boutique 360° nautical services company co-founded by Andrea Pezzini and Barbara Tambani in 2002 to offer everything from yacht design to chartering, management and sales. The entire design team also worked very closely with the owner who was actively involved throughout the project.

M/Y Audace is the fruit of former Indesit chairman Andrea Merloni’s desire for a new yacht he could live very intensively and treat very much as a floating home as he explored all the world’s seas. An expert sailor and experienced superyacht owner, his intention is not simply to live aboard and cruise the Mediterranean and Caribbean but also to venture as far afield as South America, Panama and the Suez Canal. 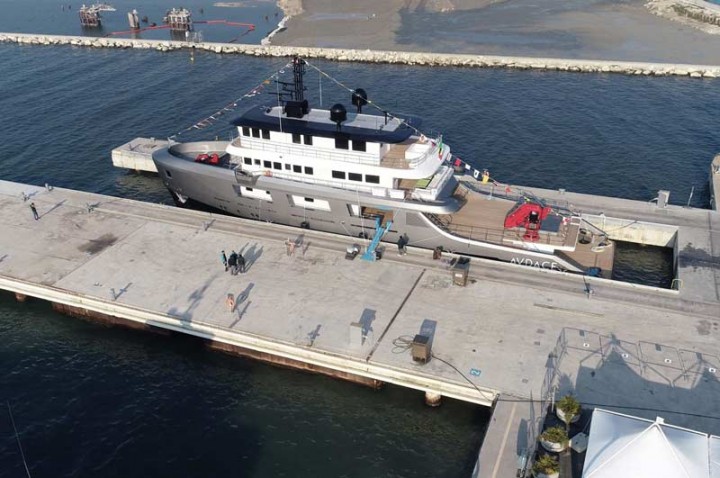 Mr Merloni, who was extremely proactive in the design of his floating home, found in Andrea Pezzini not just a skilled yacht designer capable of interpreting his requirements and desires, but also an able project manager who supervised the physical evolution the yacht from start to finish. The owner’s specifications included an entire deck devoted to his private apartment, in addition to stowage capacity for a Jeep and a motorbike for short shore excursions as well as for two tenders, one of which is a 10-metre. He also asked for the yacht to have a very social ambience to enable him to host events and parties aboard.

Audace’s owner found the K-Series to be the perfect ultrafunctional naval platform around which he could craft a meticulously customised yacht that would meet all his requirements. Aside from a private penthouse-type apartment complete with saloon and compact galley, towering 15 metres above the sea in place of the usual sun deck, his requests numbered two further zones to be fitted out as discotheques (one highly soundproofed and the other in a semi-open area). He also specified a light, removable mezzanine-style structure to allow jet skis to be stowed above the Land Rover Defender, BMW GS 1200 motorbike and service tender. The aforementioned are all launched or set ashore and retrieved using a crane with a 2.22 tonne capacity. There are also four large guest staterooms aboard, two on the main deck and two on the lower, both opening to the outside world. 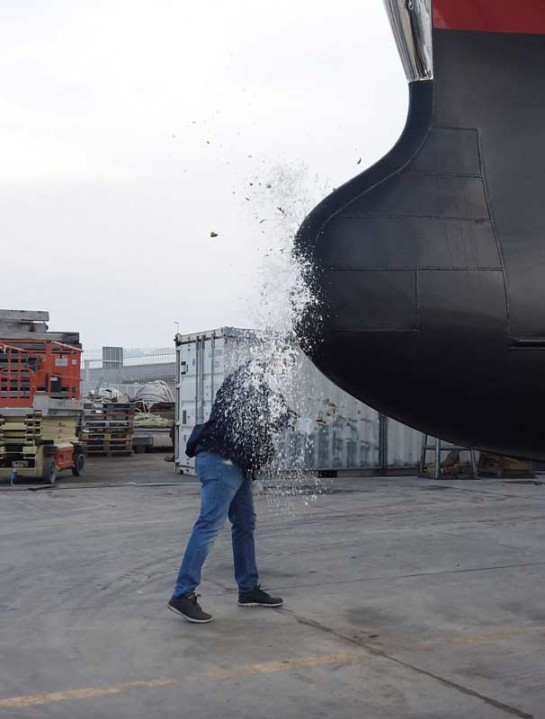 Because of its extensive explorer vessel experience, Cantiere delle Marche has successfully delivered a premium quality yacht complete with all of the characteristics specified by her owner.

“Audace is a yacht with a very strong personality. She is the result of excellent teamwork that involved a determined owner with very clear ideas, a tightknit design team and a highly skilled professional yard,” declared Floating Life CEO Andrea Pezzini “It is hugely emotional for me to see this 42-metre from K-Series I designed with Studio Sculli, become a reality. She encapsulates all of the skills we have built up in over 35 years in this profession. Most importantly, however, she is an endorsement of the concept that underpins the K-Series, a concept that allows us to offer a superb degree of personalisation, meet owner’s desires and produce unique boats.” 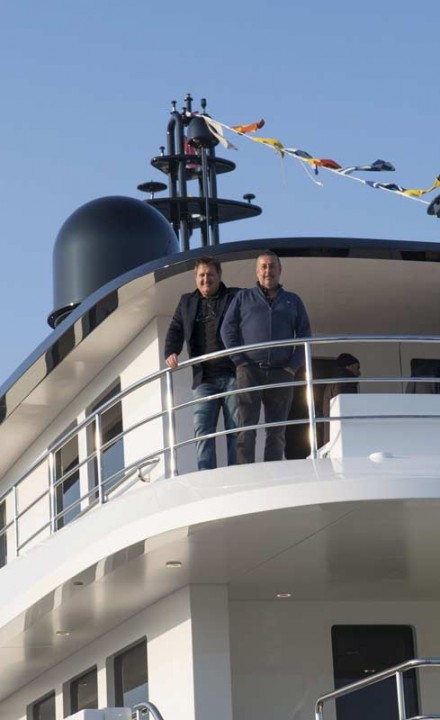 “She’s a yacht you have to see inside and out to really understand her. She expresses her potential to the fullest aboard because she has unimaginably large volumes comparable to a 60-metre,” commented architect Mauro Sculli of Studio Sculli. “This was a fantastic challenge for us, at times complicated in terms of the development of the interiors where functionality prevailed over décor, and in which the owner’s specific, or should I say audacious, requests made the design and construction processes extremely stimulating. We poured every ounce of energy we had into the project. My studio and Andrea Pezzini are both delighted to have been able to turn even the owner’s more bizarre ideas into reality whilst still retaining the efficiency of the boat and a hull that is also a very positive product of skills acquired in the sailing arena.” 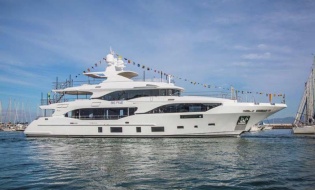 Now in the spotlight after the completion of the first stage in the Benetti Giga... 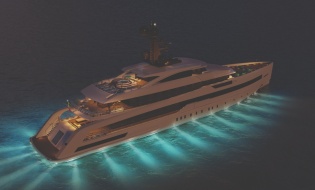 CRN unveils the concept for the new 62-metre

This new one-off yacht is the fruit of a collaboration between CRN, Omega Architects, for...