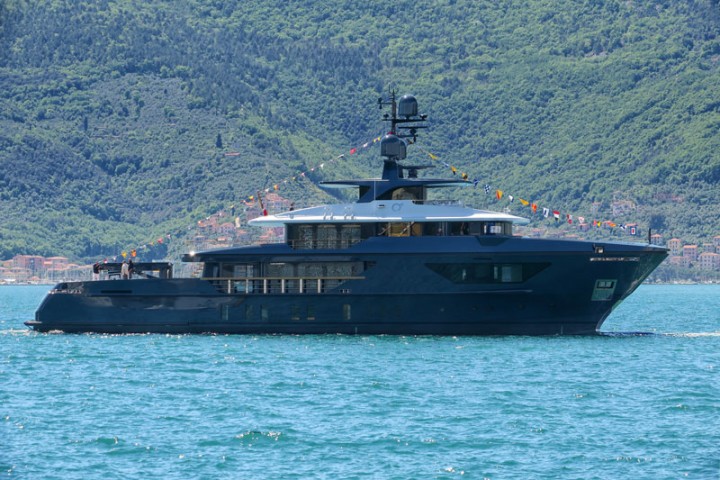 Since its international debut at Monaco Yacht Show in September 2015, five 460Exp units have already been sold to owners from different markets, such as the US, Mexico, Europe, Russia and China, proving the line is enjoying huge international success. 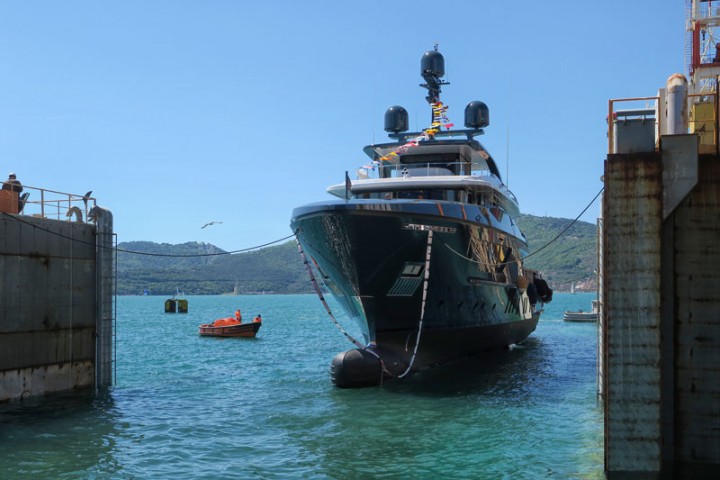 Measuring 42.2 metres in lenght, Ocean’s Four is a 460 gross tons superyacht, with a steel displacement hull and aluminum superstructure.
The Explorer is a peculiar vessel, characterized by elevated comfort, high technology and, most important, by a high degree of self-sufficiency and autonomy at sea, designed for those owners with a love for exploration, adventure and, at the same time, refined and elegant design. 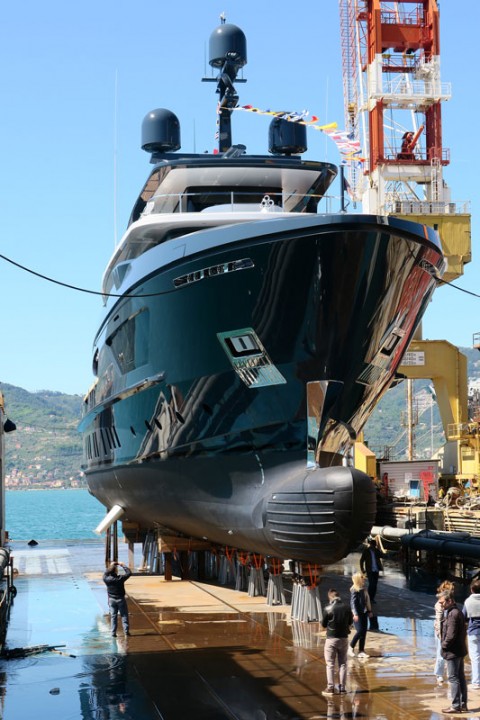 Ocean’s Four’s interiors are designed by Antonio Citterio Patricia Viel, in a spirit of a close bond between internal and external spaces. The designers tried to fit the boat sketch inside the boat, reproducing naval architecture in all the settings. The same applies to the owner suite where the openings were shaped so that it would be possible to see outside from the bed, without altering the outline of the side of the boat.

460Exp’ s exterior lines, strong and imposing, recall the design of large exploration ships, suited for navigation in remote and unexplored corners of the world. The volume of the superstructure develops towards the ships’ bow , creating a large space on the stern section of the main deck, offering the possibility to house different toys during navigation, such as a private submersible, a seaplane, a sailing or fishing boat etc. Once at anchor and free of toys, 460EXP’s main deck becomes a wide solarium.

Ocean’s Four differentiates from Moka (the first 460Exp) and X for the Graublau-coloured hull and for its lowered side bulwarks, allowing an exclusive view to sea from the main salon. 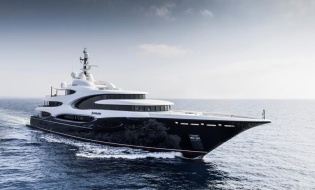 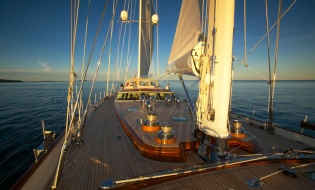 Hodgdon Yacht Services, the division of Hodgdon that is dedicated to refit, maintenance, and repair...