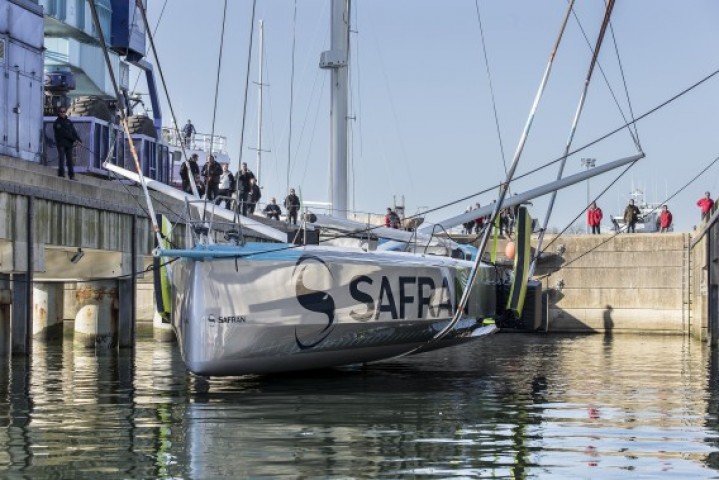 Αt the CDK boatyard in Lorient, Safran, the new IMOCA 60 skippered by Morgan Lagravière was launched for the first time.After a year of construction in Port-La-Forêt and then Lorient, the VPLP-Guillaume Verdier-designed boat, the first of the new generation of 60ft boats built for the 2016 Vendée Globe, has been unveiled to the public.

The launch of a boat is always loaded with emotion, especially when it includes significant technological developments. “2014 has been a year of transition for me, I immersed myself in the construction of my boat, while dreaming of the time when I could get into the optimisation and competition phase,” Morgan Lagravière, skipper of the new Safran, said. “Now, I can’t wait to sail this boat, and that moment is almost here.”

Since 2013, the Safran Sailing Team and the architects Guillaume Verdier and Vincent Lauriot-Prévost, have been working on this project to create an innovative boat with maximum performance, which responds to the new IMOCA rules. Safran has a powerful hull with foils (designed to support lift to relieve the hull on downwind angles and thus gain speed), a rotating wing mast set further back, a deeper and lower cockpit and a pronounced front section of the hull. 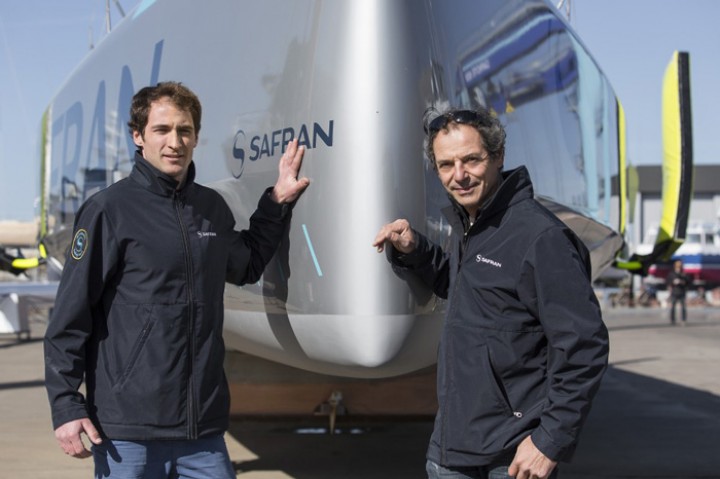 “The new rule, which requires all boats to have the same keels and the same masts (wing or classic but standardised), was ultimately not a constraint, but probably a way to innovate again,” Lagravière said. “For my part, I worked especially on the cockpit. The two transats I did onboard the first Safran gave me experience.”

Marc Guillemot, skipper of the first Safran, had a major role in the development of the new IMOCA 60, and was able to bring his rich experience of more than thirty years of competitive sailing on all the world’s seas. “It was two years of hard but really rewarding work,” Guillemot said on this important occasion. “I think the design of the new Safran would not have been the same if it hadn’t been inspired by my experiences. I remember having lots of discussions in the last Transat Jacques Vabre. I’m very pleased to have been part of this project.”

The launch of the beautiful, sleek 18.28m long and 5.80m wide Safran, which wears the number 25, was an intense moment for all the CDK team and the Safran Sailing Team.

Morgan Lagravière said: “I didn’t expect to feel so many emotions during this launch. I’ve just taken the helm of Safran for the first time and I had the feeling of already having a connection with my boat. It’s a huge pleasure for me but also for the whole team who have built a magnificent boat. I’ve just experienced a very important moment in my life as a sailor.” 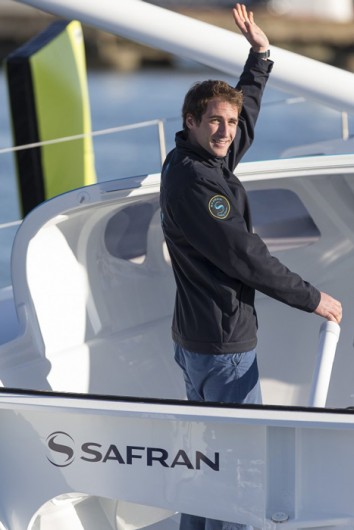 The new Safran in brief:
The hull is wider with a large bow to be clear forward and keep the hull balanced even when the boat heels.
The bilge is higher to increase power.
The cockpit is deeper and lower for better protection.
A rotating wing mast with outriggers for better aerodynamics.
A lift supporting design: foils like a “Dali moustache” to increase power. 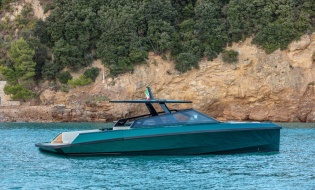 The 43 wallytender is a fast, fun and stylish luxury tender that introduced the world...

Sunseeker moves into Aluminium Built Yachts in Partnership with…

Latent demand for even larger Sunseeker yachts is driving force behind the brand’s move into...