boot Düsseldorf injected a good deal of optimism into the boat and water sports industry at a time of economic difficulties. When the nine days of the trade show came to an end on 26 January 2014, there could be no doubt that all the sports disciplines in, on and under the water had been as much fun as ever.

And the same applies to people's willingness to invest in this fun. Exhibitors were pleased with the number of visitors – 248,600 in all – who ensured that a large amount of business was concluded in many sections of the product range. The figure was clearly higher than in 2013, when this trade fair was attended by 226,300 visitors. The world's biggest indoor yacht and water sports trade fair featured 1,661 exhibitors from 60 countries in 17 exhibition halls, presenting boat premières, new equipment, including water sports equipment, and also maritime services.

"We have fully met the expectations of the industry. As before, boot Düssel-dorf proved its function as a driving economic force that is highly attractive on an international scale. The stands were attended by throngs of professional German and international visitors, keen to make purchases. In addition to German visitors, the trade fair was also attended by another 48,000 from 65 countries," says Werner Matthias Dornscheidt, President & CEO of Messe Düsseldorf, as he sums up the results of the boat show. "Moreover, we suc-ceeded in attracting thousands of novices and enquirers to our exhibition cen-tre. Our format 'Experience 360° Water Sports' was successful. At the week-ends, in particular, young people and young families made use of the many opportunities on offer, trying out the themed settings and adventure worlds of boot water sports disciplines, such as diving, sailing, paddling and wakeboard-ing. There are apparently two firmly established fixtures: the high-calibre pro-fessional show for boats, yachts and water sports and the water sports event boot Düsseldorf. It meant," Dornscheidt continues, "that we made an important contribution to the future of the trade fair and its sectors." 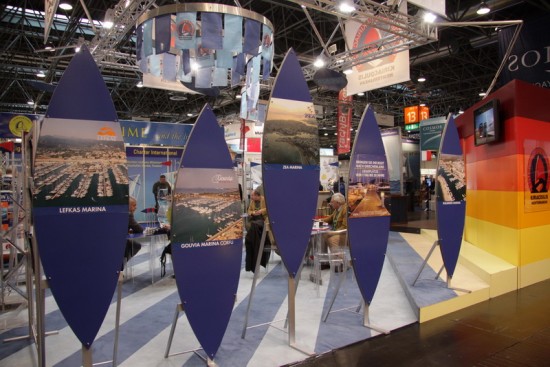 Jürgen Tracht, Managing Director of the German Federation of Water Sports Science (BVWW) in Cologne, is equally positive about the outcome: "boot 2014 gave a much-hoped-for boost to this industry. The mood in the exhibition halls was very good from the very start. The number of visitors and also their quality and internationalism were truly impressive. There was a clear rise in visitors wanting to make purchases." On the other hand, customers also paid greater attention to value for money and were well informed before they came. "They then made their purchases and placed their orders at the boat show itself – an unrivalled exhibition in terms of its international product range and clarity of structure. Customers made use of this opportunity to compare and then to decide for a product or a boat."

According to Jürgen Tracht, small motor boats suitable for trailers and with outboard engines are becoming increasingly popular and are generating good sales for exhibitors. "It's the classic entry-level segment, and it's currently being boosted, in particular, by a new regulation raising the level for a sailing licence to 15 HP (11 kW)."

Business was also good for large motor yachts from 12 metres upwards. Ex-hibitors maintained their existing contacts, added new ones and concluded a large number of contracts. The demand for yachts in the 8-to-12-metre cate-gory met the expectations of exhibitors.

Companies selling sailing boats and yachts were generally pleased with the outcome of the trade fair. "This was true for all size categories, even though business in this segment was – as expected – a bit more quiet," says Tracht.

The market for boat equipment and accessories is booming. The exhibitors were extremely satisfied. Boat owners are investing heavily in convenient equipment and on-board electronics. This positive development is partly due to a substantial pre-owned boat market with numerous products at attractive prices.

As before, the scuba diving section of boot Düsseldorf drew a large number of visitors again. Hall 3 attracted more than a quarter of all visitors, who wanted to be well equipped for the 2014 season, find out about innovations and holiday destinations and then make bookings. The exhibitors were pleased to attract so many visitors and so many customers willing to make purchases. Also, Egypt is back on the stage – the most popular destination for German scuba divers. Bookings are up again, and so are the sales figures of diving equipment manu-facturers.

The charter market is reporting visitors' figures that are clearly above those of the previous year. Rental customers of boats and yachts had very clear ideas about their destinations and types of boats at the trade fair. They were keen to obtain very specific information, so that they could plan their cruises as much as possible. German coastal and inland water destinations are continuing to be at the very top of the popularity scale. But international destinations in the Mediterranean and overseas are also doing extremely well.

Boats and yachts are still the greatest points of attraction for boat show visitors. Over two thirds wanted to find out about this segment. It was followed by boat equipment, engines and technical accessories, water tourism products and services, boat and yacht charters and scuba diving.

The themed settings and adventure worlds – 18 in all – were extremely popular with visitors again. The new boot Sailing School turned out to be a real hit. Nearly 1,000 visitors – both adults and children – didn't want to miss a taster cruise around the indoor pool in Hall 14, queueing patiently for a chance to board an Optimist boat or centreboarder. The Refit Centre, which provided information about boat maintenance, was continually fully occupied. The Action Center in Hall 1 with its Beach World provided opportunities for hands-on activities which clearly hit the spot among young water sports enthusiasts and the trendy water sports scene.

As before, boot Düsseldorf 2014 left almost nothing to be desired among visi-tors. According to some initial surveys, well over 90 per cent reported that the show had met their expectations. boot Düsseldorf 2015 will be held from 17 to 25 January. 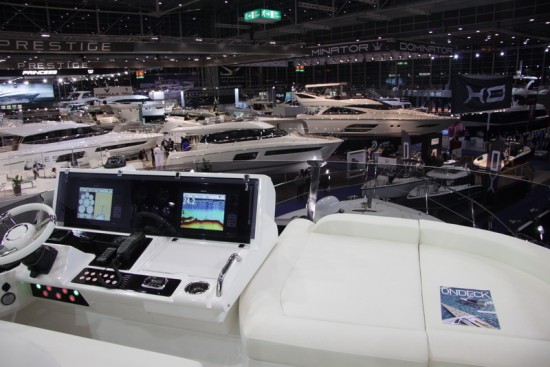 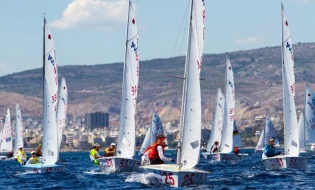 Races 7 and 8 for all fleets today delivered a change of form for some...