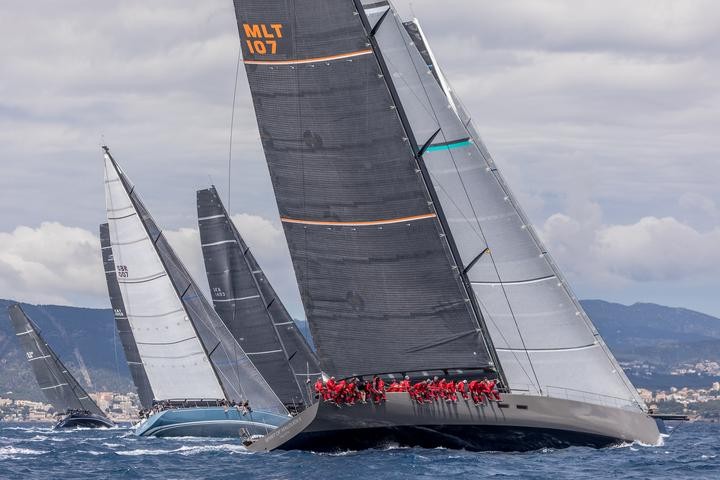 With seven yachts racing under IRC, the IMA Maxi class was modest but strong and demonstrated a welcome resurgence of maxi yacht interest in an event originally launched in 2004 as Maxi Race Week. This week the Bay of Palma and Majorca showed why it is one of yacht racing’s most popular venues: Over the four race days that began on Thursday, competitors underwent a ‘compete test’ with conditions spanning a solid 20-22 knots gusting to mid-20s on the opening day before dropping to the weekend’s lighter sea breeze.

Sadly due to work commitments, Galateia’s owner David M. Leuschen was unable to steer his white Wallycento, handing over the wheel to his tactician, Kiwi pro sailor Kelvin Harrap. Galateia went on win all six races - two races held on Friday and Saturday, with single longer coastals on Thursday and today.

On the opening day Galateia won by a huge 15 minute 32 second margin over the second placed Farr 100 Leopard3. But the fleet subsequently closed up on day two with their old adversary, Sir Lindsay Owen-Jones’ Magic Carpet Cubed coming home second by just 14 seconds. Ostensibly ‘making the difference’ was Galateia’s pro helm but in fact there were many additional factors: such as work carried out over the winter and having the supreme tactical duo of former Alinghi teammates: six time America’s Cup winner Murray Jones and Olympic 470 gold medallist Jordi Calafat providing valuable local knowledge.

“We had a great week,” admitted Harrap. “Sometimes you get a bit of momentum and confidence going and we had Jordi and Murray sending us the right way. It was tricky, but with the changes we made over the winter the boat seems to be going a bit better: It is mainly sails and the way we are sailing the boat. The crew work was pretty good and the starts were going well. Sometimes you have a regatta where everything goes right.” Aside from the IMA Maxi class prize, Galateia also won the prize for the Best Placed IMA Member. 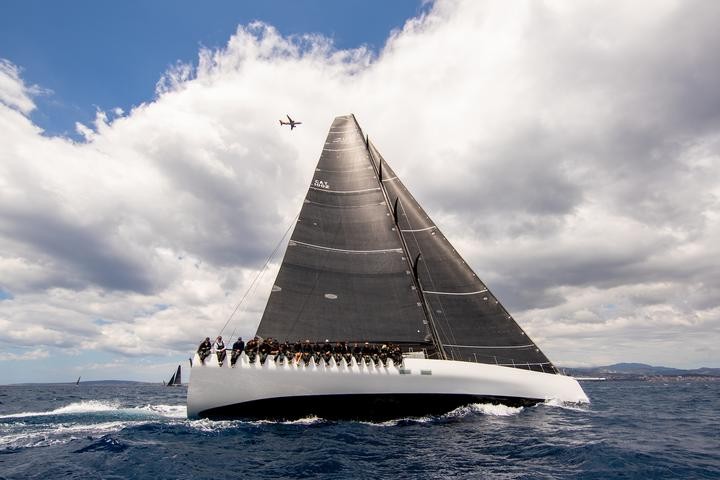 The Wallycento Galateia had a stand-out Palmavela, winning every race. Below: Andrea Recordati was sailing the first event with his newly acquired Wally 93 Bullitt. Photos: ©SailingShots by Maria Muina 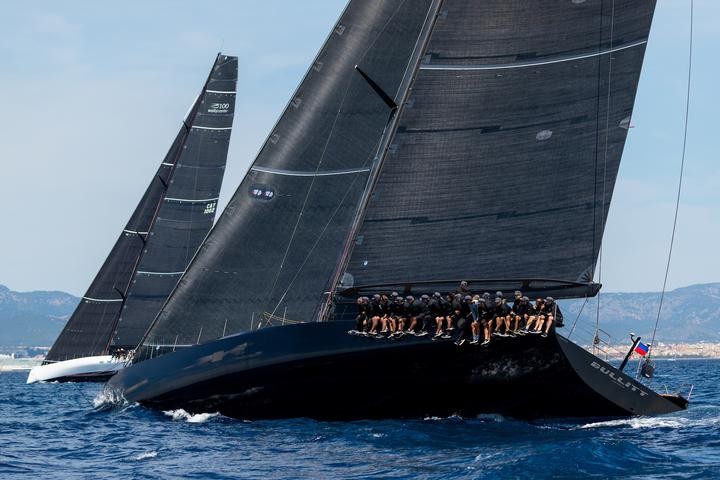 While there was a stand-out leader, the opposite was true for the remainder of the IMA Maxi class podium with four of the six yachts coming home second or third over the four days. The race for second was principally between Magic Carpet Cubed and the new team on Bullitt. Two second placed finishes in the last two races while Magic Carpet Cubed had a final day they would rather forget, allowed the new Italian team to take second overall by just a point.

Launched in 2018 as Nahita, the 93ft Bullitt is one of the most recently launched Wallys. A Judel-Vrolijk design, she was originally conceived to race, albeit within the usual Wally aesthetic. At the end of 2021 she was acquired by Italian Andrea Recordati for whom this is his third Wally. Recordati stopped racing nine years ago due to family and work commitments, but the latter eased recently. “I was at the last Maxi Yacht Rolex Cup and met up with some of my old team and I looked at all the racers and I said ‘it is time to get back into the game’. I knew Nahita, so I looked her up, she was available and here I am!” 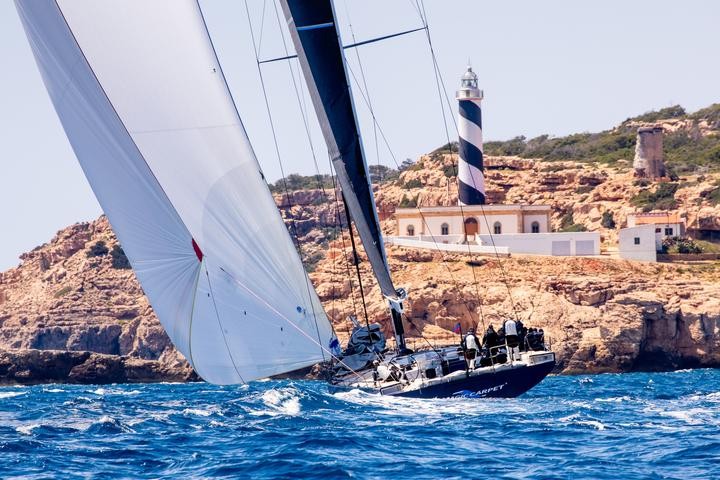 Recordati is a big fan of the brand conceived by Luca Bassani. Sailing his first regatta in so long and coming second was beyond expectations. “It is great to be back racing - I am extremely happy how this week went. We’ve seen exponential improvement in how we sail the boat. We have a lot of ideas on how to improve the boat and get her even faster…” Bullitt’s all-star crew, led by Francesco Bruni, includes several of Recordati’s original race team.

“The boat is a bit shorter and slower than other 100 footers which makes it hard tactically,” said Bruni. “But it has good potential, although it seems hard to beat Galateia.” With a program of both inshore and offshore racing, Bullitt will be a strong contender in both the IMA’s Mediterranean Maxi Inshore and Offshore Challenges this season. 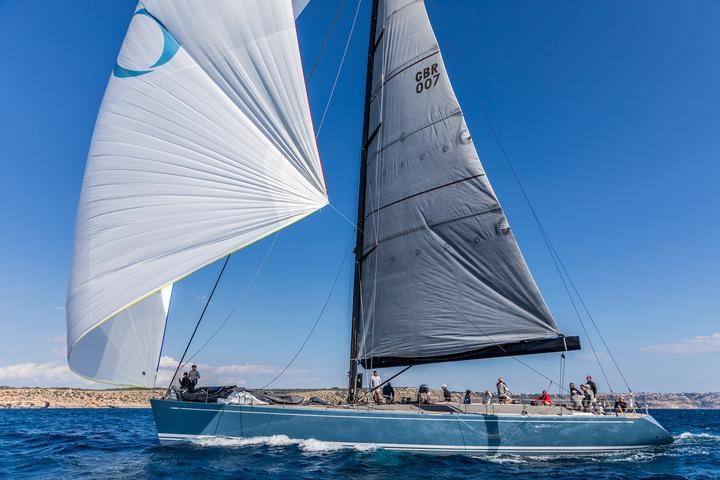 Sadly today, Magic Carpet Cubed’s race was compounded by problems including a broken luff cable and a blown out spinnaker: “It was the beginning of the season and for everyone there is a lot to learn,” observed tactician Jochen Schueman. “We had quite a failure rate today, but apart from the big disaster we sailed well and closed in again so we showed that there is still a lot of potential in the team and the boat.”

Closer still was the race for fourth between Leopard3 and Paul Berger's Swan 80 Kallima, which finished tied on points with Leopard3 prevailing on countback. Leopard’s owner enjoyed the close racing. “It was a great, very well organised event - I am very impressed. And of course it was nice that we had seven boats in our class which meant it was competitive racing. The boat is going well. We have new sails and the boat has got lighter and we are still trying to figure things out.” Leopard3 is to undergo significant refits this summer and over next winter to upgrade her. 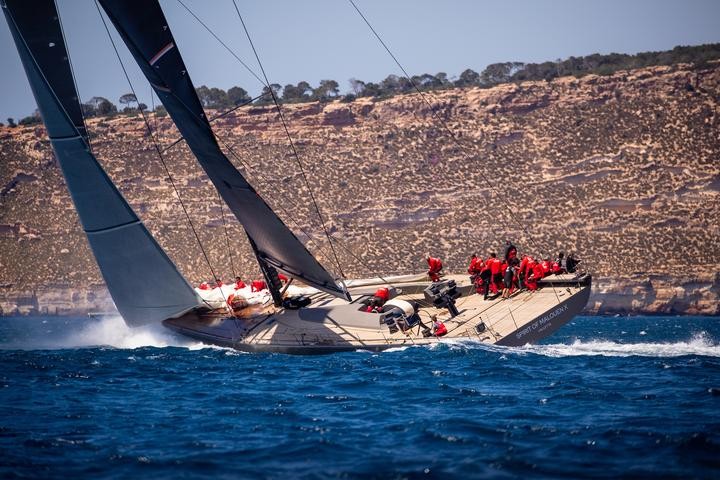 The Wally 107 Paprec Recyclage will be a regular in IMA races this season. Photo: ©SailingShots by Maria Muina

As for Bullitt, this was the first event too for Paprec Recyclage (Spirit of Malouen X), the former Hamilton/Open Season Wally 107. For French owner Jean-Luc Petithuguenin, the trade-up from his TP52 is to a boat he wishes to campaign inshore and offshore. Helping his crew scale up to their new supermaxi is Volvo Ocean Race winner Laurent Pagès, who was pleased how they performed after just four days’ training. “We managed to get around the course, not dump the kite in the water, do proper manoeuvres… On this boat it is very easy for things not to happen as they planned. So communication and timing is vital but that doesn’t come immediately.” 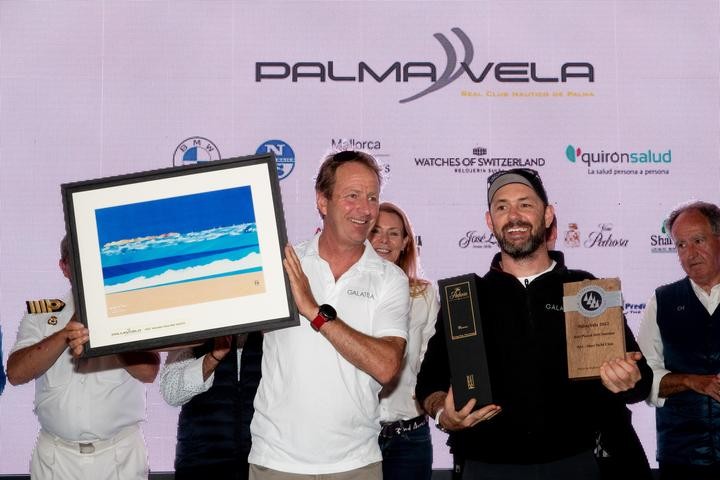 The IMA’s Mediterranean Maxi Inshore Challenge continues week after next with the Maxi Yacht Sorrento Trophy, part of the IMA Maxi European Championship. 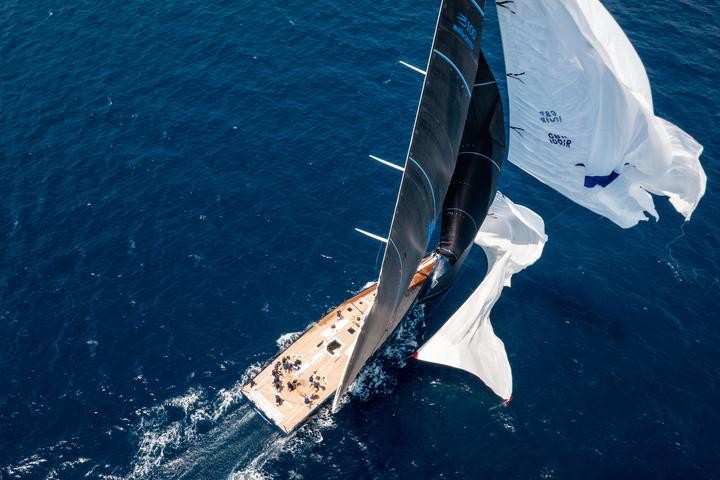 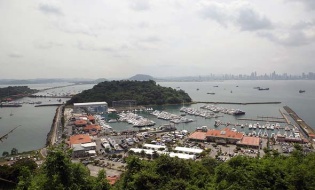 The 2015 Panama International Boat Show is returning to…