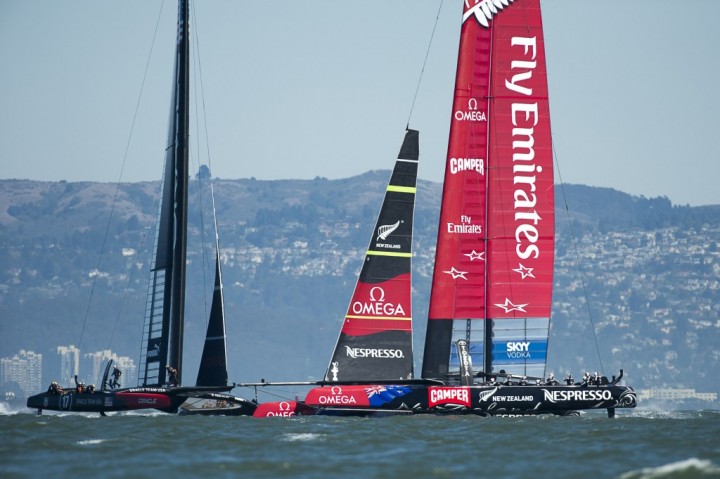 The preliminary economic impact report on the 34th America's Cup is in and the numbers are substantial. The independently commissioned report shows an economic impact to the city of $550-million dollars and over 3,800 jobs created.

"Hosting the 34th America's Cup in San Francisco showcased our beautiful City to the world and brought thousands of new jobs, long-overdue legacy waterfront improvements, international visitor spending, and a boost to our regional economy," noted San Francisco Mayor Ed Lee in a statement. "Our investment brought in significant revenue to the City and the lessons we learned will help us deliver even better world-class events in the Bay Area in the future."

America's Cup events ran from July through September this summer with racing on San Francisco Bay. The America's Cup Park and America's Cup Village venues along the waterfront attracted nearly 1-million visitors, with another million taking in the action from various sites along the city front.

"This year's America's Cup has been a winner for San Francisco, the Bay Area and California," said Gavin Newsom, the Lt. Governor of California. "The sport on the water was thrilling, with ORACLE TEAM USA's comeback win over Emirates Team New Zealand leaving fans on the edge of their seats until the winner's gun fired. And economically, we scored as well, with an impact of over $500-million."

ORACLE TEAM USA staged one of the biggest comebacks in the history of sport in defeating Emirates Team New Zealand to retain the oldest trophy in international sport. The American team was down 8-1 before rallying for a 9-8 win.

"The America's Cup in San Francisco has been a very positive experience for both the event and for the city," said Russell Coutts, the CEO of ORACLE TEAM USA, who selected San Francisco as the venue after winning the Cup in 2010. "The economic impact numbers show what the America's Cup can deliver. San Francisco provided a spectacular venue for racing and the final was one of the most exciting in the 162-year history of the event."

The preliminary economic impact report was provided to the City by the Bay Area Council Economic Institute (BACEI), who will issue a full report before the end of the year.

"The $550 million in economic activity generated by the America's Cup is substantial," said Sean Randolph, President of the Bay Area Council Economic Institute. "The activity benefitted hundreds of small businesses and other employers in San Francisco and the Bay Area and produced tax revenue that supports a wide range of important city services." 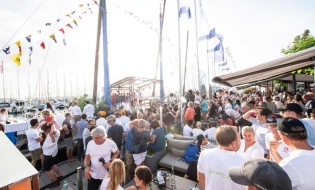 The 81st Bol d’Or Mirabaud will take place this weekend, from Friday to Sunday, at...