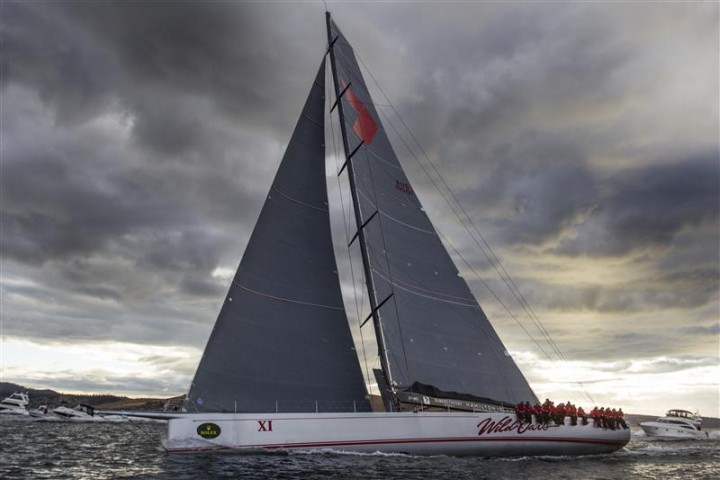 Dockside at the Cruising Yacht Club of Australia, the Rolex Sydney Hobart Race crews were busy prepping for the 628-nautical mile offshore classic that starts on December 26.

This year's 69th edition has attracted one of the more diverse and competitive fleets in recent history – and while all eyes may be on the 100-footers, current race record holder Wild Oats XI, Perpetual Loyal, Ragamuffin 100, and Wild Thing, all sporting major modifications, there is strength at all levels of the fleet.

Following this morning's briefing by the Bureau of Meteorology, tacticians and navigators were reworking their race strategies that gave hope to the mid- to larger- sized boats in the fleet. The 10-15 knot south-southeasterly's forecast for the race start on Boxing Day will increase as the fleet makes their way south – and by late Saturday, strong to gale force westerly's will challenge the smaller boats that will likely still be racing.

Among the 94 entries, are nearly two dozen international entries, including the German Ker 51, Varuna that has logged significant miles to compete in Sydney. Owner/skipper Jens Kellinghausen and his crew started the year competing in the major Caribbean regattas, then had Varuna shipped overland to California for the Transpac Race, 2,225 nautical miles from Los Angeles to Honolulu; following that, the boat was shipped to Australia. 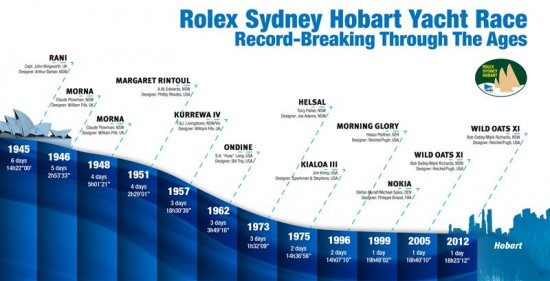 For Kellinghausen, the trip to Sydney was inevitable, he said, "It's one of the top events in the world, and it was on our dream list. We would have come last year but the boat and crew weren't ready, so we look forward to this year.

Varuna's crew is mostly amateurs – a point Kellinghausen makes to provide opportunities for younger sailors – though his competitive side allowed for bringing on professionals, Hartwell Jordan, a former America's Cup sailor from the U.S., and offshore and multi-hull navigator, Guillermo Attadil from Spain. 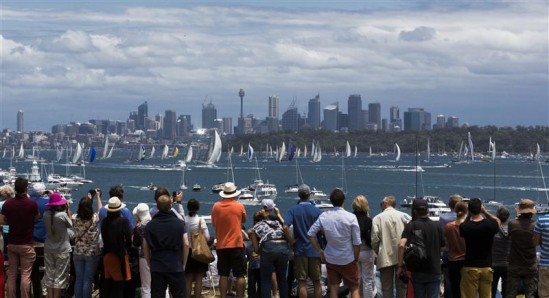 This will be the third Rolex Sydney Hobart for Attadil. The Spanish sailor competed in 2001 when the race featured as a leg of the Volvo Ocean Race. Attadil said, "This race has a big history and a bit of legend, so for all offshore navigators it is one of the best races: it's a tough race, and conditions are never the same. We've been training the last four days. I think it's going to be a race for this type of boats (50-footers), so we'll try to push as hard as we can."

While this may be the first time Jonathan Mahony on Zanzibar has competed in the offshore race, the Singapore-based British sailor has been actively campaigning the Humphreys 42 for the past three years.

Concentrating on offshore racing in Asia, Zanzibar's core crew has raced together for the last ten years, which helped them score an overall IRC win at the 50th Anniversary Rolex China Sea Race last year. Following that victory, Mahony said, "We had a few beers and decided 'hey, let's do the Rolex Sydney Hobart'. And by the time we thought about it for a bit, it was too late to pull out, so here we are! We had done well in Asia and thought we'd try our luck down here, but it's going to be a bit more of a challenge."

For Beau Geste, Hong Kong businessman Karl Kwok's newly-launched Botin-designed 80-footer, the design parameters called for a coastal maxi that was light without compromising safety. Kwok has plenty of offshore race experience to draw from, including an Overall Handicap win of the 1997 Sydney Hobart Race, a race he considers "truly one of the world's blue water classics".

Beau Geste's crew, heavily stacked with Volvo Ocean Race veterans, used the 1,400-nautical mile delivery from Auckland to Sydney as a combination shakedown and race training opportunity. Seasoned offshore navigator Steve Hayles was impressed with the boat but hedged any predictions and said, "We don't know the boat well enough with regards against other boats. It feels really quick and it's really nicely put together; Karl's done an amazing job to take the old boat and turn it into the new boat."

Given the current weather forecast, he offered, "My feeling is downwind conditions in general – which we should get for the first afternoon and evening after a few hours of changeable conditions following the start. So we can be knocking at the door with the 100 footers. Obviously though, we're 20 feet shorter, so we're never going to be the very fastest boat.

"The middle section of the race, down past Tasmania is going to a real bun fight for everyone. There's no real (weather) pattern for a day: some people will say they're unlucky and some will say they're geniuses...the reality is there's going to be some rolling of the dice. For the big boats, we're going to be done before the big breeze comes in."

Though this will be his first Rolex Sydney Hobart Race, Jim Delegat, owner/skipper of the Volvo 70, Giacomo, has been on and off boats for 25 years and has some ocean miles behind him.

The New Zealand winery owner bought the ex-Groupama 4 and had it modified for IRC racing. He said, "The boat's performed reasonably well to date. We did a New Zealand coastal classic and knocked that out in good speed in variable conditions. The boat is a real flyer; it's impressive for us. In many ways, I put that down to the crew." For that Delegat's enlisted some great offshore talent including navigator Juan Vila, Steve Cotton, and Chris Dickson on helm.

An enthusiastic competitor, Delegat added, "Ocean racing is a personal sport and ambition of mine, and the whole concept of mounting a campaign of my own has been a long-held ambition. When Groupama 4 came along, the opportunity seemed too good to resist. I think it's going to be one of the great exciting moments in my yachting life."

Vila is an around-the-world race veteran, who hopes to avenge last year's race on Living Doll, which had to retire with a broken rudder. The Spanish sailor said, "This is the most important race in the southern ocean, especially this year as it has a lot of competition.

"The forecast looks like a little bit tricky at the beginning as we have a tropical low pressure forming offshore, so it will be quite variable. But we're looking at downwind conditions, and as long as the breeze holds up it could be good for us. It will depend on how much we stop in the transition from easterlies to northerlies."

Two days out and it's still a challenging race to call. Steve Hayles may have the last word, when he offered, "I can't remember a race were there's been so many potential line honours boats. I think even though we're 20 feet shorter we'd put ourselves in that bracket. If things really went the right way, there's a chance. We wouldn't be the favorites, but normally you don't get that, it's usually a two- or maybe three-horse race. I think it's pretty fascinating...I would enjoy watching it, if I wasn't competing!" 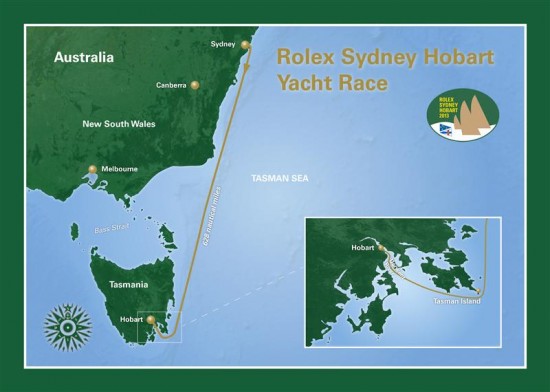 Zanzibar at the 2012 Rolex China Sea Race
The international fleet includes entries from Cyprus, Germany, New Caledonia, New Zealand, Singapore (Zanzibar, winner of the 2012 Rolex China Sea Race) and the United Kingdom. The global audience for the race start in Sydney Harbour is estimated to reach one million, including those watching in numbers from the shore and the water, together with viewers following live coverage on the television and internet. The sight of the fleet exiting Sydney Harbour provides one of the iconic images of the Australian sporting calendar, taking place as the equally renowned Boxing Day cricket Test Match breaks for lunch. 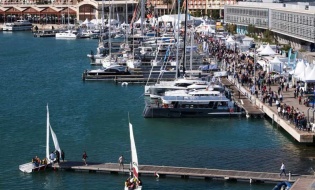 More than 15,000 visitors at the Valencia Boat Show

The Valencia Boat Show drew to a close yesterday, with more than 15,000 visitors coming...