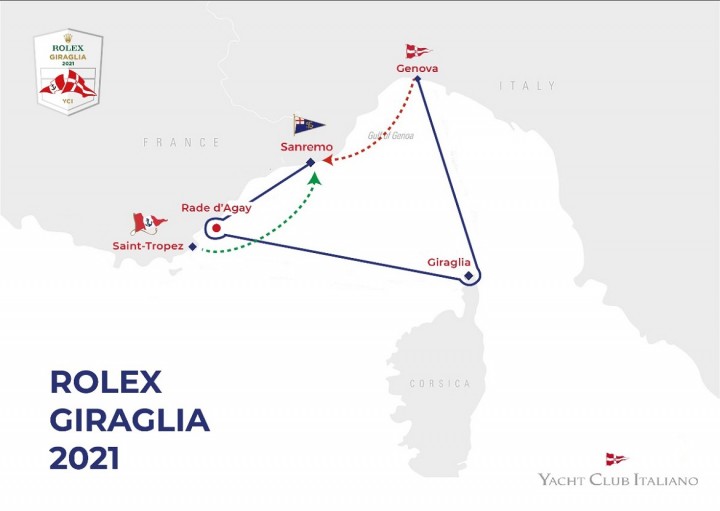 For nearly seventy years, sailors have been drawn to the unquestionable allure of the Rolex Giraglia.

From its humble beginnings in 1953 to its position today as one of the most respected and important annual sailing events in the Mediterranean, the competition has always showcased the true spirit of the sport.

Rolex has partnered the event since 1998, an integral part of its longstanding association with both offshore racing and with organizers, like the Yacht Club Italiano (YCI), who provide a professional and competitive platform for sailors to demonstrate their commitment, passion and sense of community.

This year’s 68th edition demanded great flexibility and dedication from participants and organizers alike. In an exceptional change to the traditional programme and to ensure the staging of a safe event for all involved, the event’s principal contest, its 241-nautical mile (446-km) offshore race, started and finished in Italy.
Despite the challenges involved in getting to the Sanremo start line, an impressive international fleet of 138 yachts took part. From the sunshine spinnaker start to contrasting upwind and downwind legs to and from the Giraglia rock, the race offered a variety of conditions and posed frequent tactical questions. That 124 yachts completed the course is testament to the preparation and skill of the competing crews.

Emerging triumphant and earning overall victory on handicap from a diverse range of yachts was the Sydney 43 GTS Imagine. A tale of a crew fully invested in this great race. Co-owned by Gilles Argellies and Jean-Claude André, she sailed excellently, the all-French crew using their vast experience in anticipating constant changes in wind speed and direction. As Jean-Claude André reveals, victory is the result of a number of factors coming together:

“The race demanded competence in every area, from the point of view of our boat, our crew and our tactics. Nobody can predict who will win this race as a lot of aspects are at play. We knew we were doing well on the water and a key moment was the direction we took after the turning mark off Cannes to the Giraglia. It is a great feeling to win the Rolex Giraglia after some 15 to 20 years of participation.”

Italian-crewed and skippered by Furio Benussi, Arca SGR assumed control of the race during its early hours. She held a 15-minute advantage as first yacht to round the race’s emblematic and rugged landmark, the Giraglia rock, and in the subsequent downwind conditions in which she habitually excels, her lead grew. Despite nearest rival Magic Carpet Cubed showing great determination in reducing the deficit in the final stages of the race Arca SGR held on for victory. Her elapsed time of 26 hours, eight minutes and ten seconds ensures the stunning race record of under 15 hours set nearly a decade ago will stand for another year.

No stranger to success at the race having been part of the triumphant La Forza del Destino crew in 2002, Benussi explains that victory was down to teamwork and the dedication that has gone into preparing the yacht for a return to competitive action:

“After the events of the last year to be sailing again is amazing. Everyone onboard worked really hard. We began this project three years ago, and to now win line honours is incredible. For those who have worked on preparing the boat for three years this is a great success. I am very proud of the team.”

This year more than any other the sense of achievement in finishing the race was keenly felt. As the Yacht Club Italiano’s President Gerolamo Bianchi explains:

“We are happy and proud to have organised the race this year and to have overcome all of the challenges. Teamwork has been at the fore from all involved. The participants have shown great commitment and enthusiasm throughout.”

The Rolex Giraglia, which concluded today with the final prizegiving at the YCI clubhouse in Genoa, once again demonstrated its ability to unite and inspire the sailing community, its respect for both tradition and continuity and an ability to offer a fair and challenging competition. Qualities which have made Rolex a proud partner of the event for nearly a quarter of a century. 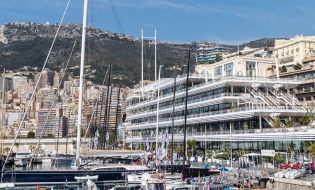 The quayside in front of the Yacht Club de Monaco’s magnificent clubhouse on Quai Louis...