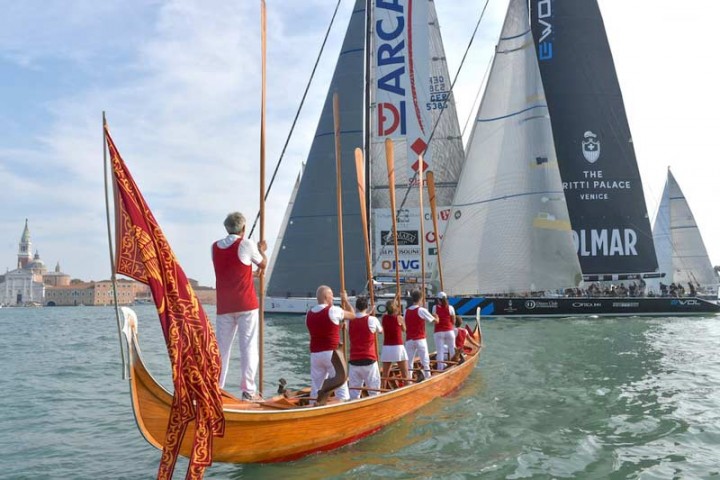 At Ca' Farsetti, seat of the Municipality of Venice, the VI edition of the Venice Hospitality Challenge was presented, the Grand Prix of the City of Venice which will take place on Saturday 19th October

to offer to the participants and to the spectators once again this year great emotions. The ever-growing success of this unique regatta in the world is confirmed by the new record which in this edition sees the presence of fourteen Maxi Yachts. On the international skipper's regatta field they will compete for the coveted doge's hat, specially made by Massimiliano Schiavon Art Team, an historic Murano glass factory. The Serenissima, one of the most famous cities in the world, will be the setting for this unmissable show, which combines famous boats with the more luxurious Venetian hotellerie. 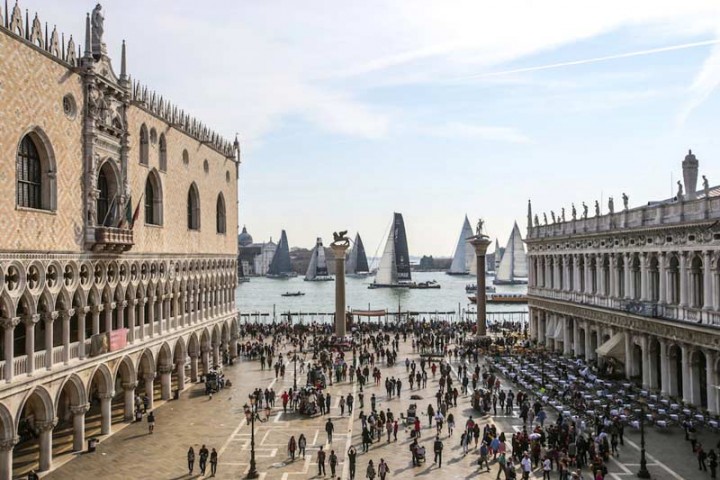 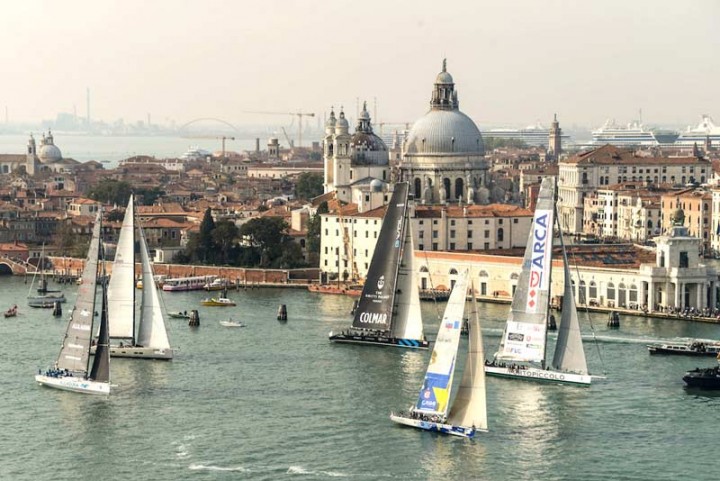 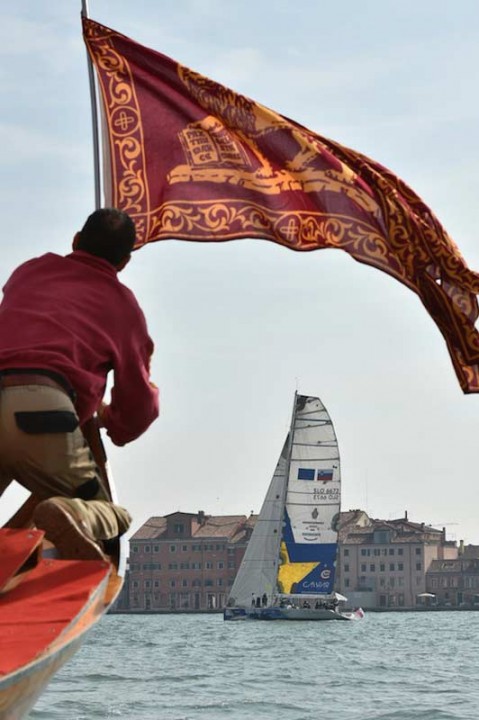 Venice Hospitality Challenge and One Ocean Foundation
This edition of the Venice Hospitality Challenge will see the Venice Yacht Club, promoter of the regatta, become the spokesperson once again of the objectives of safeguarding the oceans by the One Ocean Foundation, an international project directly concerned with the preservation of the marine environment born in 2018 from an idea of ​​the Yacht Club Costa Smeralda. This commitment was also shared by the Municipality of Venice and publicly announced on the last June by the Councilor for Environment and Sustainable City Massimiliano De Martin through the signing of the Charta Smeralda, the ethical code that guides individuals and organizations towards shared behaviors for environmental protection. This is an innovative document and to which everyone can join through the website www.1ocean.org.

The VI edition of the Venice Hospitality Challenge sees the eco-sustainable choice of Mure a Dritta for clothing for crews with technical fabrics characterized by a reduced environmental impact thanks to the use of yarns obtained by recycling waste materials, in accordance with the international GRS certification. Also in this perspective, on convivial occasions ceramic plates and dishes in biocompatible material will be used. To the attention to the environment this year we add social responsibility and, thanks to the collaboration of the Hotels, a donation will be made to a Venetian charity. Among its historical partners, Generali Italia has been supporting the Venice Hospitality Challenge for years and renewing its commitment to a city to which it is linked by the history and commonality of the brand but above all for its openness to sport, well-being and lifestyle healthy of people. 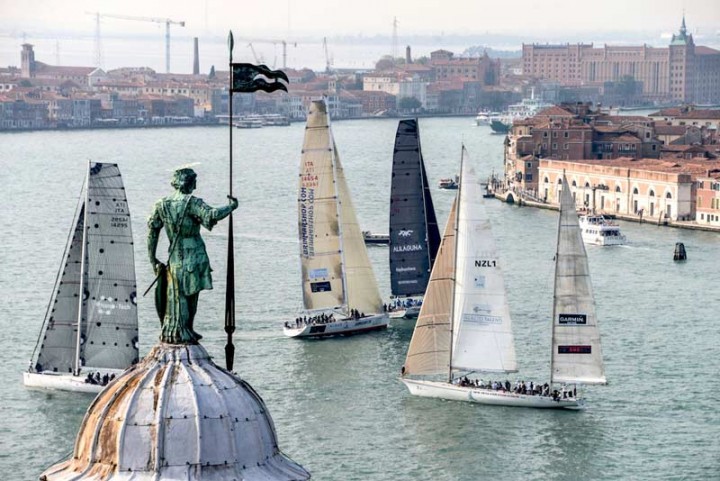 The event will open on Friday 18th October at 6.30 pm in Piazza San Marco at the Grancaffè Quadri with "Venice meets the skippers", where the public can get to know the skipper and crew up close. In the evening, as usual, there will be a standing buffet by invitation at the Ca ’Sagredo Hotel. The cannon shot that will start the race is scheduled for 13.30 on Saturday 19th October, the fleet base will be as usual Marina Santelena while the San Marco basin, focal point of the route, will allow the public to follow a spectacular competition from the docks. The awards will take place at the Zattere on the VYP Venice Yacht Pier and in direct contact with the citizens, at 4.30pm. At the end of the event, an exclusive private event will take place at the Hilton Molino Stucky hotel to celebrate the crews and partner hotels and consolidate the spirit of elegance and style that characterizes this unique regatta in the world. Each hotel will bring its own chef, each will prepare three typical recipes for a total of 14 stations.

“Established in 2014, the Venice Hospitality Challenge has brilliantly surpassed its first luster and is plowing through our lagoon, now reaching its 6th edition. Racing boats with a minimum length of 60 feet in a city circuit is the peculiarity of this spectacular regatta - emphasizes the President of the Venice Yacht Club Mirko Sguario, creator and organizer of the event - and that is the reason why I love the name of Gran Prize of the City of Venice that this year, which is unusual for our city, will see a BMW car positioned in the San Marco basin as a route buoy. The past editions have confirmed the validity of this event that every year brings the Gotha of sailing to Venice and avails itself of the support of prestigious sponsors and media partners. "

The Venice Hospitality Challenge 2019 is sponsored by the Municipality of Venice and is supported by Generali Italia, BMW Italia and Champagne Moët & Chandon, Mure a Dritta. Sustainability Partner of the event is One Ocean Foundation and the event is supported by the Media Partner Gentleman, Italian Excellence, CEO, Boats, Excellence Magazine Luxury, Venice Made in Veneto, Wonder World and Wonder Cortina. We would especially like Alilaguna, CMV Panfido, Venezia Unica, VYP Venice Yacht Pier and Ve.La. 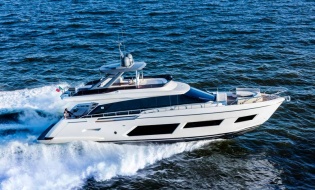