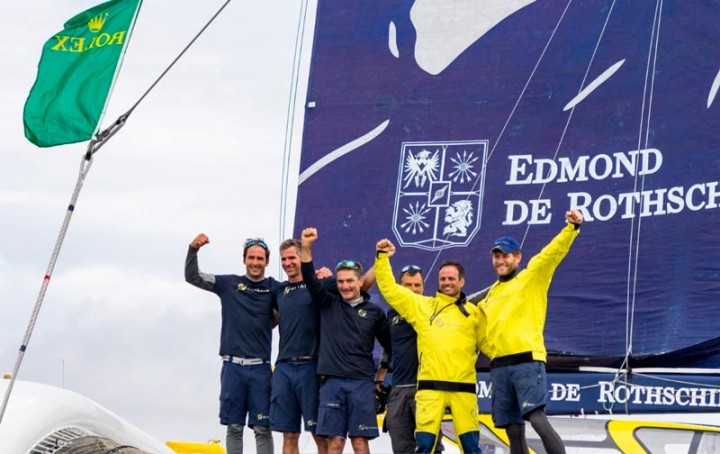 The 48th edition of the Rolex Fastnet Race, which set sail from the Isle of Wight is sure to go down in the event’s history thanks to the incredible way Gitana and Macif concluded the race

For their second fleet competition at the helm of the Maxi Edmond de Rothschild, the Franck Cammas - Charles Caudrelier pairing and its four crew (David Boileau, Erwan Israël, Morgan Lagravière and Yann Riou) just pipped François Gabart and his men at the post. In so doing, the giant fitted out by Ariane and Benjamin de Rothschild won the legendary Fastnet Race with a lead of just 59 seconds over the second boat.

However, beyond this fantastic finish, the two crews enjoyed a thrilling duel, racing within sight of one another throughout the 600-mile course. With this first victory, the men on the Maxi Edmond de Rothschild punched both right and left since their time of 1 day 4 hours 2 minutes and 26 seconds was some 4 hours 45 minutes and 34 seconds faster than the event’s previous multihull record, which had been held since 2011 by Loïck Peyron and the crew of Banque Populaire V.

To the wire!
Since his victory in the Volvo Ocean Race, it’s no secret to say that Charles Caudrelier is rather fond of suspenseful finishes! This Sunday, in Plymouth Sound, the new skipper of the Maxi Edmond de Rothschild had a chance to relive the intensity of sports competitions. Indeed, whilst victory seemed like a done deal for the trimaran Macif and her men, the crew of Gitana 17 was able to make the most of a slight layline error on their part to overtake them just a few boat lengths from the finish line. At the photo finish, the latest addition to the Gitana fleet was just 59 seconds ahead of her rival, but it was enough for her crew to secure its first victory in a major competition. 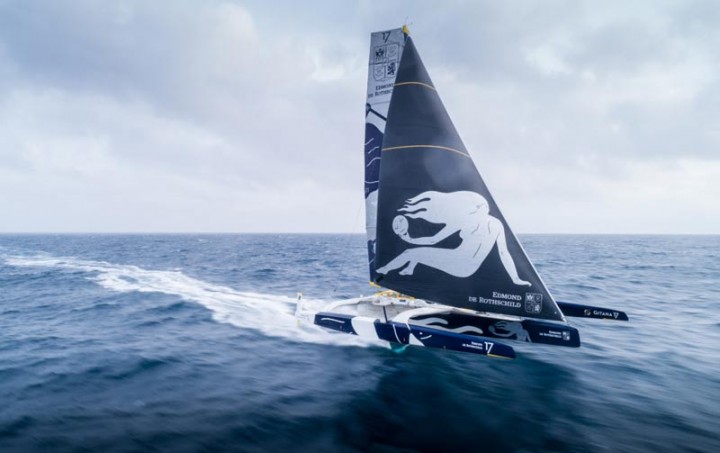 “I’ve never experienced a finish like that before… It was incredible! We really had to work hard for this one,” these initial impressions from Franck Cammas speak volumes about what the sailors had to endure aboard Edmond de Rothschild in this Fastnet Race. “It was short-lived but very intense and action-packed. We sailed a pretty good race. We spent a fair amount of time out front, but we also had our share of issues too, particularly when we hit the sandbank on exiting the Solent… It could’ve ended right there! We knew that after that the boat wasn’t racing at her full potential, but it was really great to have a competitor like Macif right beside us the whole time as that spurred us on. Macif is the reference. The crew’s always quick and this clash has taught us a massive amount. Finishing things off with a victory in this way… it’s just fantastic”, admitted the sailor from Aix-en-Provence just after crossing the finish line.

Sharing the helm of the Maxi Edmond de Rothschild for more than three months, Charles Caudrelier was naturally the picture of happiness on the dock too: “A superb race! It all went by in a flash and then this finish was simply magical. There was nothing in it at the end! We didn’t really believe we were in with a chance of snatching this victory as Macif wasn’t making any mistakes and was faster than us in this end phase, but the crew was great. We never gave up. Everyone was on top of their game and very focused and we just concentrated on our own navigation without worrying about what our direct rival was up to. At the end, the only chance we had to gain the upper hand was in terms of outright speed and a better layline than them and that’s just what we managed to do! Hats off to François and his crew and thank you for the battle.”

First blood to the Maxi Edmond de Rothschild
Launched a little more than two years ago, on 17 July 2017, the latest in the line of Gitanas secured her first victory here. Second in the Transat Jacques Vabre 2017, the 32-metre giant was forced to retire from the Route du Rhum following damage to her starboard float and has been angling for an opportunity to show just what she’s made of in competition.

As a result, this first place in a legendary race like the Rolex Fastnet Race is naturally an exciting moment for Ariane and Benjamin de Rothschild, without whom none of this would be possible, for the members of Gitana Team, who have been working flat out day in day out to develop this latest generation flying maxi-multihull, not to mention for the Edmond de Rothschild group, whose colours the racing stable wear with pride.

“This victory is a great reward for all our shore team. Since the retirement in the Route du Rhum, they’ve put in a massive amount of time and effort to understand, repair and move forward with the project. Together with Franck and all the crew, we’re very happy to be able to treat them to this first victory. We’re bringing the Maxi back a little damaged (following the encounter with a sandbank on exiting the Solent), but with a great victory to her credit! That’s the most important thing, because that really feels good!” added Charles Caudrelier

A new reference time in the multihull category
By completing the 605 theoretical miles of the course between the Isle of Wight and Plymouth, via the Fastnet, in 1 day 4 hours 2 minutes and 26 seconds, the men on the Maxi Edmond de Rothschild have set the new reference time for the event in the multihull category. This record had been held since 2011 by Loïck Peyron and the crew of Banque Populaire V in 1 day 8 hours and 48 minutes. In this way, the sailors who make up Gitana Team have improved on this time by 4 hours 45 minutes and 34 seconds. 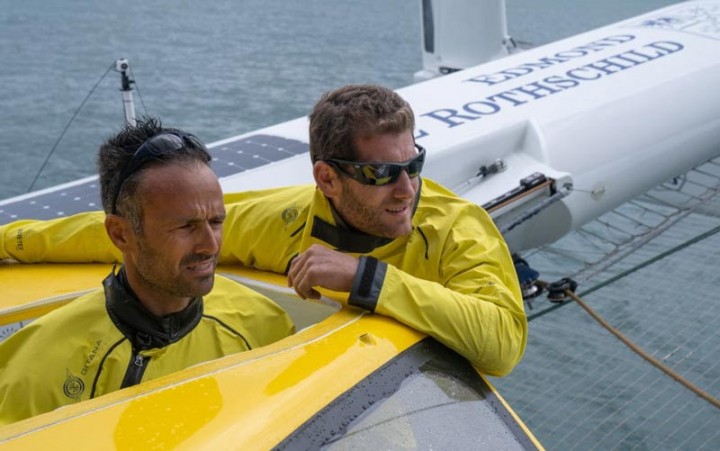 These times may appear to be of secondary importance since it’s a race and not a record.
However, the latter are a perfect illustration of the fact that the latest generation of flying maxi-multihulls, of which Edmond de Rothschild is the precursor, still have some surprises up their sleeves.

Rolex Fastnet Race 2019 – order of arrival in the Ultim category

Gitana Bullet FROM RHUM TO WATER

Over the course of a three-part mini series, Gitana Team looks back at the timing of the events which led to the damage and subsequent retirement of the Maxi Edmond de Rothschild from the Route du Rhum 2018, as well as over the following months. Accompanied by the project’s main players, and in particular the members of the technical team and even the architect Guillaume Verdier, the five-arrow team invites us behind the scenes of the winter season18-19, to the heart of the reconstruction and relaunch of this, the latest addition to the Gitana fleet.

Crewed, double-handed, singlehanded, Trans-atlantic races, round the worlds, records… you’d be hard pushed to put forward a more comprehensive and ambitious programme for the next five seasons. The originality of Gitana Team’s announcement is in part due to the division of the programme and in particular the solo events. Armed with his vast multihull experience and sailing expertise most notably in the America’s Cup, Franck Cammas will kick off the solo element of the project aboard the Maxi Edmond de Rothschild. This will be in 2020, for The Transat, a legendary event which is yet to be added to his long list of wins. Next, after a crewed handover year during the round the world race, it will be Charles’ turn to take centre stage during the Route du Rhum 2022.

The Maxi Edmond de Rothschild – officially known as Gitana 17, joining the long and famous list of Gitana boats – is a 32 metre long by 23 metre wide trimaran designed by the architect Guillaume Verdier and his team, in collaboration with the Gitana design office. Precursor, this giant of the seas - with hullswhich are notably streamline, aggressive and innovative, very different from those known on current oceanic multihulls – opens the door to a new generation poised with the ambition to sail around the world. 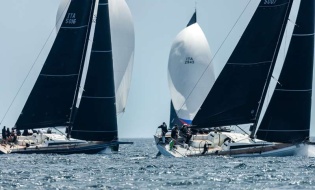 Ashore, it is often as much a festival as a competition, particularly in Saint-Tropez where...