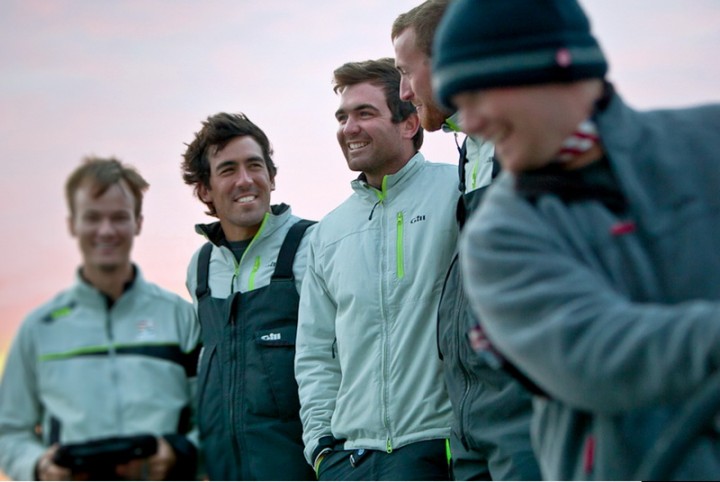 Seven years ago, a couple of young American sailing addicts met on the set of a Disney movie and dreamed of the day that they would launch a campaign in the world's toughest offshore team test, the Volvo Ocean Race.

Today that apparently long-shot ambition became a reality when Team Alvimedica's challenge for the 2014-15 edition was announced in Istanbul, home of the company.Mark Towill was just 18 when he met Charlie Enright, four years older, as a fellow young star in the Disney sailing movie, Morning Light. The reality film followed a cross-Pacific boat voyage and made use of some of the biggest names in offshore sailing. Enright, now 29, picks up the story: "We met during the trials for that – we both considered that project to be the beginning of our dream, which is the Volvo Ocean Race.

"We've had a lot of Volvo veterans as our coaches on the Morning Light shoot – Stan Honey, Mike Sanderson, Jerry Kirby – and they set up the foundations for us in terms of high-level ocean racing." "That vision has been quite clear for a while and has served as motivation for all that we've been doing," added Towill, who together with Enright set up their own company, All-American Ocean Racing out of Newport, Rhode Island where the Race will be stopping in May, 2015. "It's not been easy by any means despite the great start we had with the Disney movie. We've spent long hours treading the sidewalks trying to get a break and it's been all about making our own opportunities. We've also had a lot of help from many, many people making this become a reality."

Slowly their dream began to take concrete shape and in 2011, Volvo Ocean Race CEO Knut Frostad invited the pair to Alicante for the start of the 11th edition in October that year. After dropping most other commitments in the search for a title sponsor, Enright and Towill found an ambitious, young company – Alvimedica – to take their project from a dream to the start line of the Volvo Ocean Race in Alicante on October 4, 2014. Alvimedica, a medical devices company from Turkey, is the perfect match for a team that aims to have a crew predominantly drawn from a pool of sailors under 30.

Its accent on being agile, innovative and not afraid to take bold business calls like taking on the huge U.S. market has helped it become one of Turkey's fastest growing young companies and now management want to broaden its horizons by conquering new territories abroad topped by the United States.

The Volvo Ocean Race and the young American crew are the perfect vehicles to do just that. Enright, who will be skipper, and Towill are the only crew confirmed for Team Alvimedica so far and the next step will be trials for as many of the best young offshore sailors as they can find. "The plan is that we'll look at people in the States first but expand that to take in young sailors from around the world too, including Turkey and Italy," said Mark. Frostad was delighted to welcome both team and title sponsor as the Race's fifth confirmed team for the 12th edition.

"This is one of the most exciting new teams I've seen since I've started this job," he said. "Team Alvimedica is everything I have dreamed of since 2008 when I joined the race management: young people taking the initiative to start a project.

"We also welcome a new sponsor coming from Turkey. There has been a lot of interest from Turkey in the last race and it's a country where sailing is growing. This is a medical technology company focused on the heart. I reckon the Volvo Ocean Race is one of the toughest physical and cardiac challenges in the world, so that will make for an interesting study."

The team can also anticipate a warm welcome in Newport given its connections there when the fleet arrives in port next year. The team's CEO will be Bill Erkelens, a well known name in U.S. sailing who played a leading role in the management of several America's Cup teams. Alvimedica CEO Dr Cem Bozkurt added: "As a young company we have a tremendous ambition in the global market. We have the same targets in sailing as well.

"Volvo Ocean Race is a rapid and dynamic event which utilises the latest technology, just like Alvimedica. We are proud to have the Turkish flag for the first time on an entry of the most challenging sailing event in the world." Team Alvimedica will be joining Team SCA, Abu Dhabi Ocean Racing, Dongfeng Race Team and Team Brunel in the 2014-15 race which will be contested over 38,739 nautical miles and nine months, finishing in Gothenburg on June 27, 2015.

Alvimedica is a young, agile company devoted to developing minimally-invasive medical technologies for medical professionals looking for the next level of innovation in the operating room. Alvimedica firmly believes that working closely with physicians is the best way to improve their product solutions and services in the interest of patients around the globe. Medical professionals are invited to visit the Alvimedica Centers of Excellence in R&D in Turkey, Italy and the Netherlands to present and discuss new treatment options, resulting in a growing and innovative product portfolio for endovascular and interventional cardiology. For more information, please visit www.alvimedica.com

All-American Ocean Racing are a team of young, qualified and driven sailors who met on the set of the Disney sailing movie, Morning Light. Led by Charlie Enright from Rhode Island and Mark Towill from Hawaii, they aim to recruit mainly from a pool of sailors under 30. All-American Ocean Racing are dedicated to winning the race, taking American sailing to the next level, delivering a robust return on their sponsor and supporter's investments – and living their teenager dream.
For more information, www.allamericanoceanracing.org 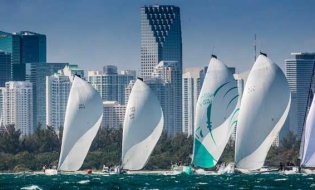 After Key West in January, where Doug DeVos’s Quantum Racing won with an immaculate final...