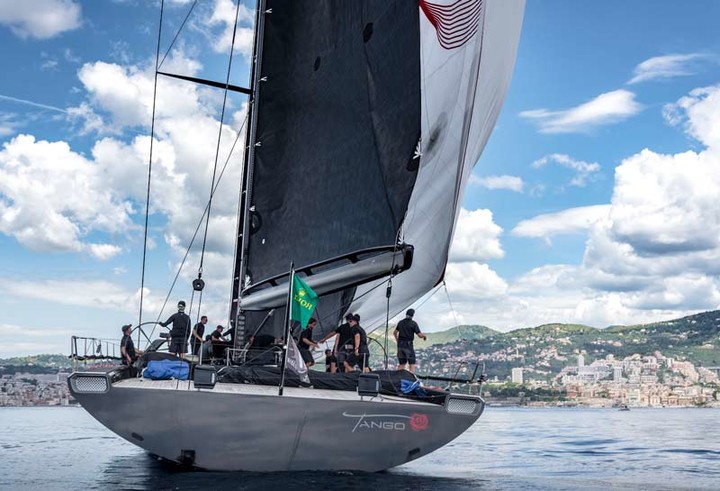 Thanks to the tactical talent of a French-led crew, with Marc Pajot and Thierry Peponnet taking turns at the helm of the black Maxi. It’s still difficult to get an idea of the classification in compensated time with the fleet still very stretched out between Corsica and Genoa

‘I think it’s a race that will last about 24 hours’ Thierry Peponnet, the French champion and tactician of the Wally 100 Tango had said before the race, and his estimate was barely 12 minutes out. But he certainly hadn’t expected to win with an overall time of 23h48m55s and a pretty demanding race.

‘I’m not a great fan of offshore races, said Marc Pajot, a veteran of the America’s Cup and helmsman on board the very fast Maxi designed by Mark Mills, ‘but the Giraglia is always special. I’ve sailed a lot of them, but it’s the first time I’ve won’.

Behind Tango, a sprint finish for Galateia in front of Magic Carpet who sail the race that sometimes brought to mind the three-way fight at the end of the Sergio Leone’s The good, the bad and the ugly. They sailed the final miles in sight of each other, and the failing wind shuffled the pack, giving the final sprint to Tango.
The first three positions in real-time were a private affair among the three Wally 100s.

Currently the fleet is well stretched out over the 80 miles from the Giraglia to Genoa. Several yachts, especially the smaller ones, should round the rock tonight with most expected to arrive from early tomorrow morning. 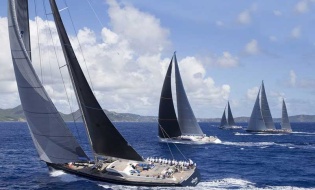 The 10th anniversary of the Superyacht Challenge Antigua

The 10th anniversary of the Superyacht Challenge Antigua has a record entry of fifteen superyachts...