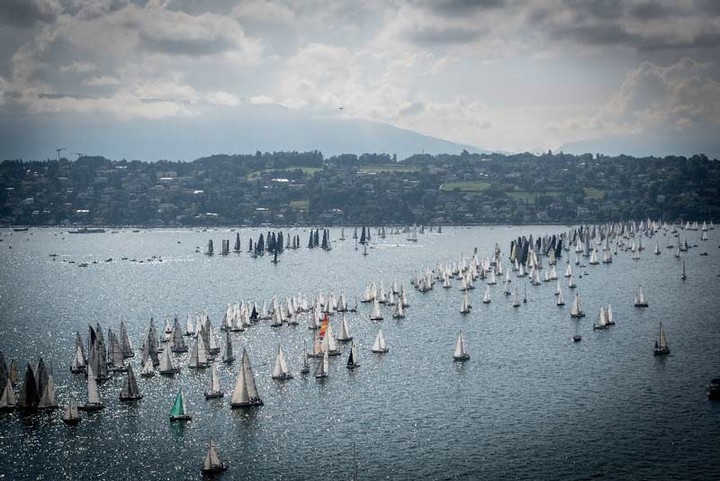 The 80th edition of the Bol d’Or Mirabaud 2018 was run with evasive winds, testing the nerves of participants.

Patience and tactical finesse were key in a race that occurred on glass-like waters. Here’s a summary of the key moments of this birthday edition.

Décision 35 Mobimo, helmed by Christian Wahl, brilliantly won this 80th edition of the Bol d’Or Mirabaud after more than 14 hours of sailing. The “Léman Sorcerer” executed a perfect outbound leg, ahead of the entire fleet starting from the central lake sector, to end in a neck-in-neck fight by sneaking by Okalys Youth Project at the line. An unbelievable finish in the Geneva night, reinforced by dramatic suspense.

The sailboat helmed by young Arnaud Grange with Loick Peyron and Nicolas Grange aboard joined the scratch ranking podium with three minutes separation, followed by Ylliam Comptoir Immobilier and Alinghi. 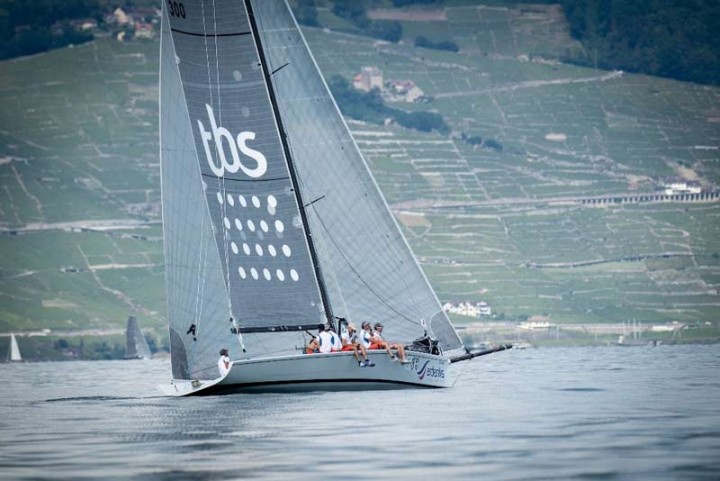 After 17 hours on the water, TBS is the winning monohull

The first monohull to cross the line at 3:30 Sunday morning after 17 hours, 30 minutes and 57 seconds of struggle between dead calm and light breezes was TBS.

TBS, skippered by François Thorens, executed masterfully after taking the lead offshore from Hermance. After having led the outbound and return legs, Hungarian Libera Taxiphone Premium Raffica, helmed by Kiraly Zsolt, had its lead stolen away by TBS while entering the western sector.

The monohull regatta was as exciting as the multihulls. Fascinating, certainly, but long, laborious and difficult due to weak winds throughout almost the entire racecourse.

"Mirabaud addresses its sincere congratulations to the Mobimo team and its helmsman, Christian Wahl, for their spectacularly tactical race causing them to maintain the suspense until the end and offer them victory. Bravo also to all the participants sailing in conditions that required significant patience. The 80th edition of the Bol d’Or Mirabaud was at the expected level with palpable excitement on the lake, the shores and the social networks: a good omen for the next 80 editions,” mused Nicolas Mirabaud, executive committee member of Mirabaud. 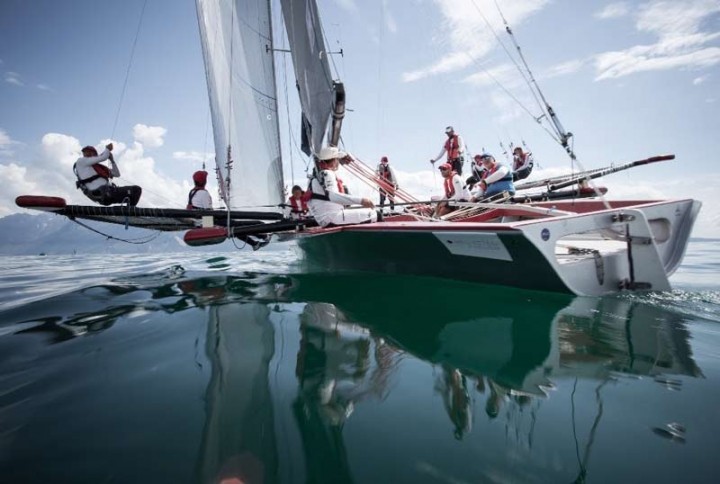 With its 121 competitors at the start, the Surprise one-design was once again the largest class in the Bol d’Or Mirabaud. G. Hominal et Fils won after 26 hours 24 minutes and 15 seconds of racing. The sailboat (ex Eaux Secours) led the race from beginning to end. An exceptional performance with a fleet that’s as competitive is it is large.

Black Swan, the Luthi 36 Classic helmed by Alain Hofer, won the elapsed ranking ahead of Chez Pierrette& Gaston, a Melges 32 helmed by Jean-Luc Lévêque and another Melges 32, Makani, led by Loik Emery. To determine elapsed time, each boat is attributed a coefficient in function of its characteristics, which is multiplied by its finishing time, allowing well managed small boats to beat larger boats. 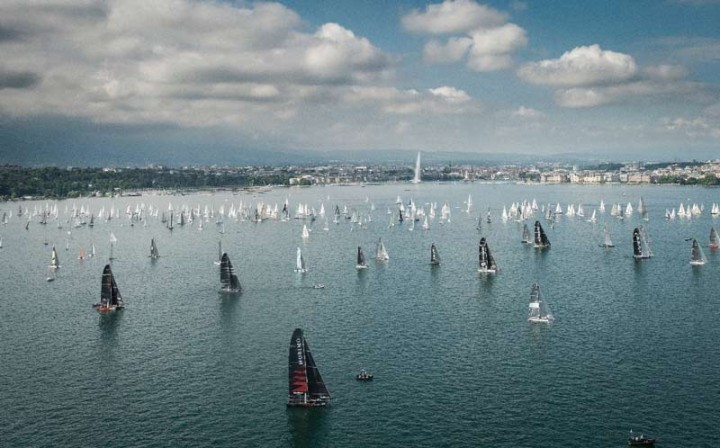 Rodolphe Gautier, president of the Bol d’Or Mirabaud is very satisfied with this birthday edition and underlines the quality and engagement of all its participants. "It was a typical Bol d’Or! From the point of view of the organizers, I think our biggest satisfaction comes from ducking rain and storms. However, we also ducked the wind, which is disappointing to participants. So, depending on the kind of boat you sailed, the race was more or less easy, but it didn’t prohibit participants from having a good time.

Of 559 registrants, there were around 301 retirements. In the end, it’s not all that many for such a light winded edition. We observed a constant progression of boats and crews over the years: people who come are here to finish and are increasingly prepared. Congratulations to all the participants!” 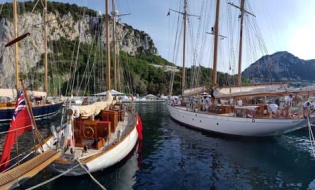 Stepping back to yachting’s grand epoch at Capri Classica…

Like a scene from the nineteenth century, the four giant schooners are currently berthed in...