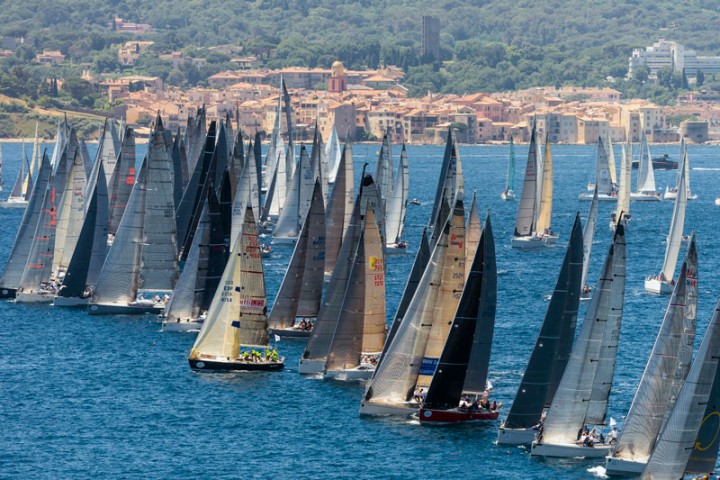 Since the first event in 1953, it has evolved into a true celebration of the sport, a clear standard-bearer for yachting’s most admired traits. The 64th edition of the event will be held from 10 - 18 June 2016.

Centred on the glamorous French port of Saint-Tropez, it holds true to its origins: a collaborative venture between Italy and France, bringing nations together in fair-spirited competition. Organized by the Yacht Club Italiano and the Société Nautique de Saint-Tropez, the Yacht Club Sanremo and the Cercle Nautique et Touristique du Lacydon, this year’s anticipated fleet of over 200 yachts will be drawn from all corners of the globe. 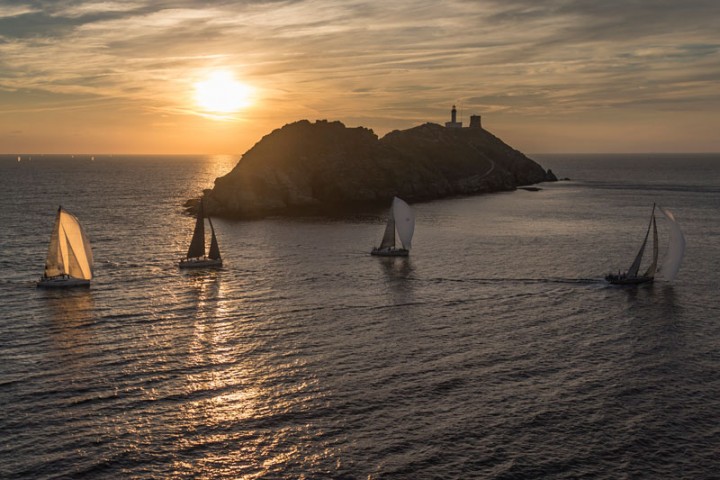 The organizers of the Giraglia Rolex Cup have been courageous in their development of an event that began as a 243-nautical-mile offshore race between Cannes and Sanremo, via the eponymous Giraglia rock. This year’s contest will get underway on Friday 10 June with overnight races from Marseilles and Sanremo to Saint-Tropez.

A three-day inshore series follows from Sunday 12 to Tuesday 14 June. The main event, the offshore race, starts on Wednesday 15 June from the French port, with the grand finale – the prize giving – held at the Yacht Club Italiano’s clubhouse in the finishing port of Genoa on Saturday 18 June. Rolex has been an indispensable part of the fabric of this competition since 1998, and works in close partnership with the Yacht Club Italiano and the Société Nautique de Saint-Tropez to ensure the event maintains its elevated status within the yacht racing world while continuing to respect its long, rich history. 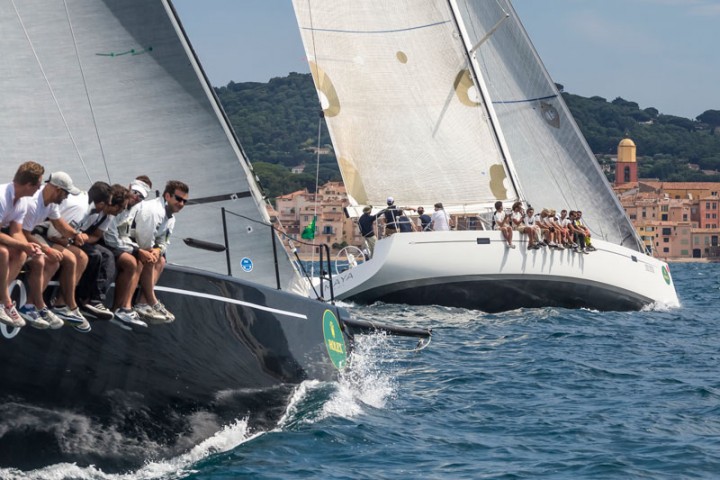 The Giraglia Rolex Cup attracts the finest yachts and crews – both professional and Corinthian. In recent years, the entry list has comprised a kaleidoscope of nationalities. The French and Italians make up the bulk, with yachts from the USA, United Kingdom, Germany, Spain, the Nordic countries, Eastern Europe, Russia, and, even Asia and the Southern Hemisphere frequently adding diversity and richness to the occasion.

Winning any of the races that comprise the Giraglia Rolex Cup is a serious feat, but it is the offshore race that is held in highest regard, stimulating the greatest competition. Some of the fastest yachts ever built have taken a tilt at the race’s course record, but in over 60 years of trying, the record has only been improved on six occasions since the famous photo finish that marked the inaugural race in 1953 (EA of Italy and Amity of France crossing the finish line at the same time). The latest was in 2012 when Igor Simcic’s Slovenian blue streak, Esimit Europa 2 skippered by Olympic medallist Jochen Schümann, set a mesmerizing time of 14 hours, 56 minutes and 16 seconds. 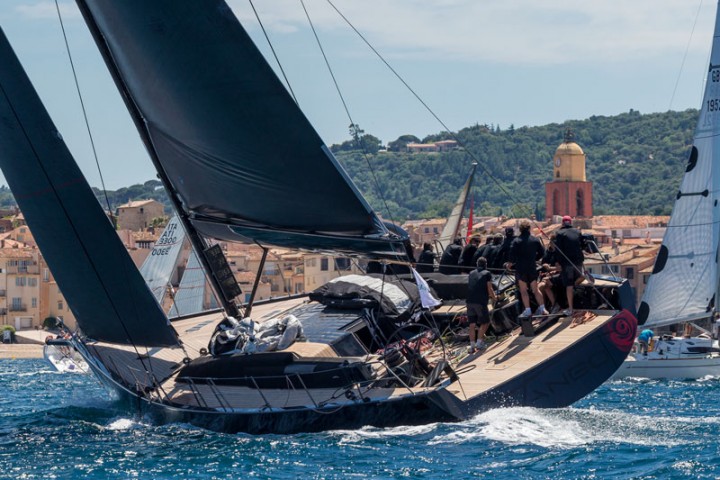 Overall victory remains the summit of achievement. Open to all competitors: large or small, fast or slow, it is proof that yachting is an egalitarian sport, rewarding the crews that demonstrate the most exceptional teamwork rather than simply speed. This prize has been won by yachts throughout the Giraglia Rolex Cup fleet. In 2015, when a new record fleet of 240 yachts took part, it was Sir Lindsay Owen-Jones who prevailed with the 100-foot Magic Carpet Cubed after 15 years of trying. In 2014 it was the turn of Bernard Vananty’s 42-foot Tixwave from Switzerland. Six of the last ten winners of the race have been composed entirely of Corinthian sailors.

The Giraglia Rolex Cup is a cherished part of Rolex’s association with sailing. It encapsulates the sport’s noble values and the spirit of fair play and joie de vivre that unite all of Rolex’s yachting events. The 64th edition starts on 10 June 2016. 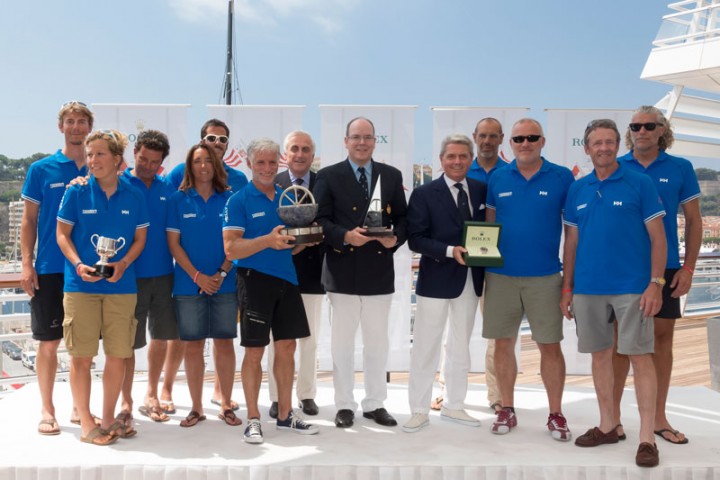 Rolex has always sought to associate with activities that, like itself, were motivated by passion, excellence, precision and team spirit. Naturally, Rolex gravitated toward the elite world of sailing, forming an alliance that dates back to the late 1950s. Today, Rolex is Title Sponsor of some 15 major international events.

From leading offshore races, such as the Rolex Sydney Hobart and the biennial Rolex Fastnet Race, through to the highest-level one-design competition at the Rolex Farr 40 World Championship, spectacular gatherings at the Maxi Yacht Rolex Cup and the Rolex Swan Cup, as well as the brand’s support of the International Sailing Federation and its close relationships with the most prestigious yacht clubs around the world, including the New York Yacht Club (US) and the Royal Yacht Squadron (Cowes, UK), Rolex is driven by a passion for excellence and a great appreciation for yachting that furthers the strong ties that bind these two worlds in their shared pursuit of perfection. 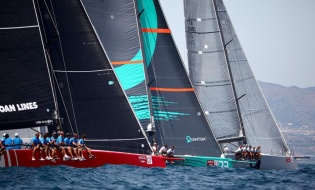 After a long week of light air, lengthy postponements, hot sun and even hotter competition...