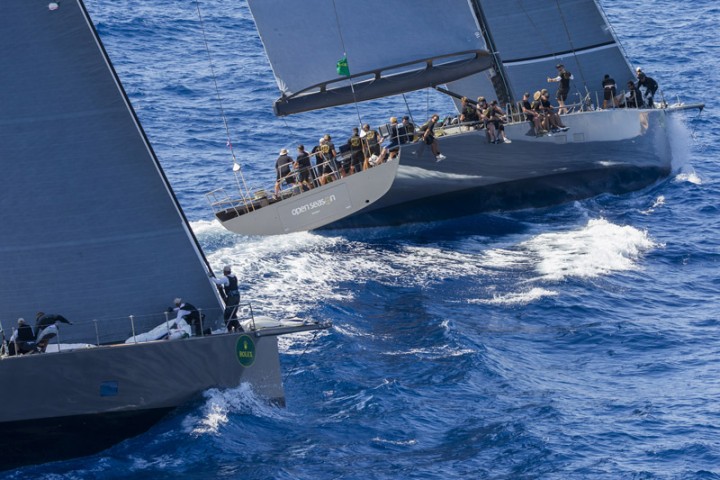 Porto Cervo, Italy: Opening salvos were fired today between the 40 boats competing in the Maxi Yacht Rolex Cup and the Rolex Maxi 72 World Championship, organised by the Yacht Club Costa Smeralda in conjunction with the International Maxi Association.

The conditions provided an ideal opening for the regatta, held in this paradise sailing venue with a brilliant summer sun and a 6-10 knot wind that slowly veered into the NNE over the course of the afternoon, replacing the weekend’s blustery conditions.

While the Maxi 72s and the Wallys sailed two windward-leewards, the remainder sailed a traditional Porto Cervo coastal race of 24 miles with Jim Clark and Kristy Hinze Clark’s 100ft Comanche plus the three supermaxis, including the giant 66.7m Hetairos, sent on a similar course, but five miles longer.

“It was a good day,” said Ogden. “We had a tough time in the first race. We seemed to be in a great position - and then we were last! We were on port coming into the top mark and we should have ducked the second boat, but instead we tried to tack in front of him. We got all tied up and everyone sailed past us!”

In the second race Robertissima III led at the first weather mark with Jethou second, but the two boats split at the leeward gate and by taking the left side up the second beat Jethou gained the lead. She then managed to fend off a late charge from Hap Fauth’s Bella Mente.

Ogden is very much enjoying the competitive racing among the Maxi 72s: “It is match racing: It gets your heart going.”

Despite major modifications to Jethou over the winter, including a deeper, but lighter keel and new spars, Ogden reckons that increasingly performance in the class is less about the boat and more about conventional racing skills such as tactics and good crew work. Fortunately calling the shots on board is four time America’s Cup winning tactician, Brad Butterworth, while similarly capped Simon Daubney is on Jethou’s headsail trim.

One of the largest classes racing at this year’s Maxi Yacht Rolex Cup is the Wally with 13 boats. Today was one for the largest and fastest with Thomas Bscher’s Open Season, a modified and lengthened WallyCento claiming both races with Sir Lindsay Owen Jones’ WallyCento Magic Carpet Cubed scoring a 3-2 and Jean Charles Decaux’s Wally 77, J One taking a 2-3. 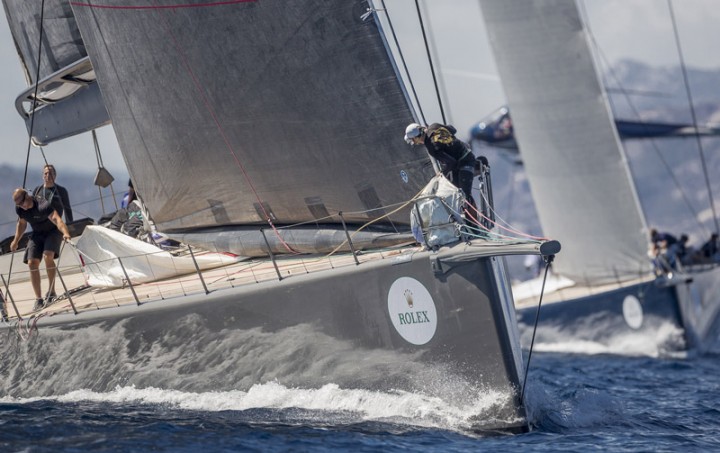 Like Jethou, Open Season has undergone severe modifications this winter including the addition of 2.2m to her stern. “The boat is performing very differently from last year, thanks to Rolf Vroljik and the team that did such a good job changing her,” enthused Bscher. “She now has more stability and more sail area.”

Bscher is particularly pleased to be beating Magic Carpet Cubed for, as he puts it, he spent 10 years chasing Owen Jones’ previous Magic Carpets in his old Open Season. While his boat is now marginally longer, Bscher still reckons the two boats are competitive. “They are not slower. At the moment, we have a slight edge upwind and they have a slight edge downwind.”

“We have some very good boats as competitors - Hetairos is an exciting boat. It was nice to see them once more,” said Vogele, who adds that the Maxi Yacht Rolex Cup is one of his favourite regattas. He has attended every year since his present boat was launched in 2012 and previously raced here in his old boat, the 32m Gliss.

Supernikka was launched this spring principally for offshore and coastal racing. She looks like a small version of Comanche with lots of beam and a substantial chine, but is a genuine racer cruiser with a ‘well appointed’ interior featuring three cabins.

According to her owner, the Maxi Yacht Rolex Cup is the highlight of Supernikka’s season, having previously competed in this summer's Giraglia Rolex Cup. “I am very happy – today was a good start to what I hope will be a good week,” said Lacorte, the latest owner to join the International Maxi Association and competing in his first Maxi Yacht Rolex Cup.

Aside from the design of the boat, one of its strengths says Lacorte is that they race on board with Mark Mills and representatives from Vismara Marine and the mast builder.

“The wind was very shifty approaching Le Camere but the second part was easy. Interestingly the boat is very fast in light winds, but prefers medium conditions,” says Lacorte.

Racing resumes tomorrow with a first warning signal scheduled for 1130. Winds of 12-15 knots are forecast.

IMA members can attend the IMA dinner at the Yacht Club Costa Smeralda on Wednesday 9th. The Rolex Gala Dinner and Rolex Crew Party are on the evenings of 10th and 11th September. 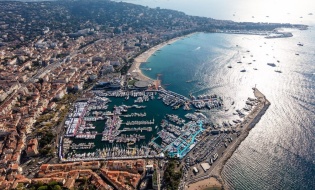 The continuous improvement of the health situation in France and in Europe following vaccination campaigns...