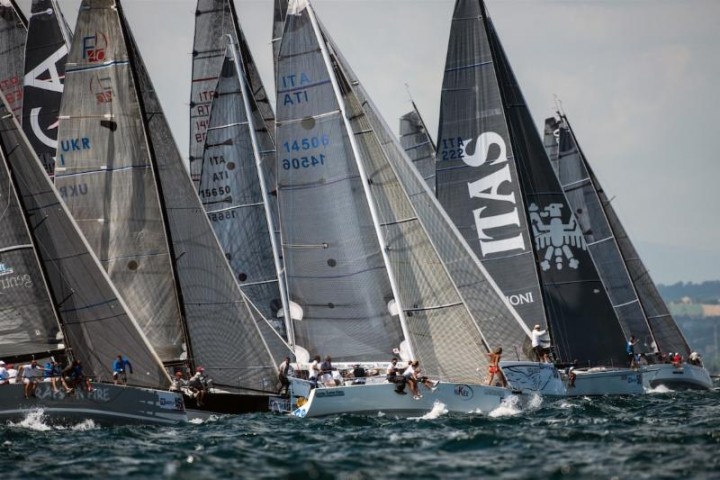 The Real Club Nautico Barcelona (RCNB) and the Offshore Racing Congress (ORC) announces that with passing of the first pre-entry deadline last weekend, 72 teams from 17 countries on four continents have already registered for the 2015 ORC World Championship being held at RCNB over 27 June - 4 July.

Organizers thus anticipate a fifth consecutive year of over 100 entries at this annual offshore World Championship, sanctioned by the International Sailing Federation (ISAF).

To maintain a high-quality event on and off the water, not just anyone can come to this year's Worlds: there is an entry limit imposed of 120 boats, with invitations extended to Pre-Entries based on the yacht's and its skipper's racing records, particularly in previous ORC Championships, as well as the chronological order received.No additional Pre-Entries will be allowed after the pre-entry closing date of 15 May, but any Pre-Entries cancelled or not confirmed can be replaced from the waiting list the organizers will create for those not accepted at the initial entry closing date.

The 2015 ORC World Championship will feature two days of measurement and practice racing, followed by six days of inshore and offshore racing off the coast of Barcelona. The fleet is divided into three classes, with racing within each class to determine three new offshore World Champion teams. Corinthian prizes are also offered in each division for the top-ranked all-amateur teams. 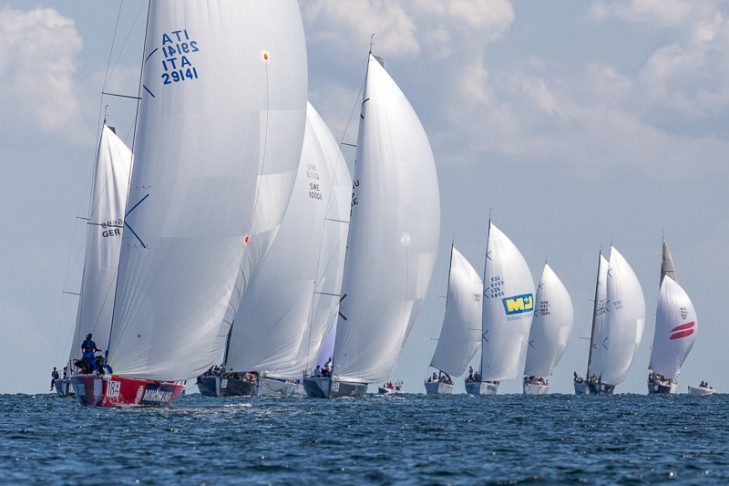 World Champions from previous years will be coming to Barcelona to fight for their 2015 crowns, with one being 3-time winner Alberto Rossi from Italy. His Enfant Terrible team won Class A on his TP 52 last year in Kiel, and on his Farr 40 in 2011 in Cres, Croatia and again in 2012 in Kiel, Germany. Rossi's quest to be the only 4-time champion in the 16-year history of the event will not be easy - already there are 20 registered pre-entries from 11 countries in Class A, with another past World Champion among them: Christian Plump from Germany, who was the Class A World Champion in 2010, and is now racing his Swan 45 Elena Nova.

For the first time in many years there are also pre-entries registered for the ORC World Championship coming from both North and South America. Notable among them is Bill Coates's Ker 43 Otra Vez, the first entry to come from the USA to race in an ORC championship in over a decade. Coates and team raced last month to second place in the IRC2 Class and third in the HPR Class at Quantum Key West, will compete in a few more regattas in the Caribbean in the coming months, and then ship their boat to Barcelona.

"We have never raced in an ORC event," said Coates, "but we have heard a lot about these championships, and are very much looking forward to preparing and racing in Barcelona." The ORC Worlds will be the start of a summer season of Mediterranean racing for the team, who also plan to compete in the Copa del Rey and in the Rolex Middle Sea Race 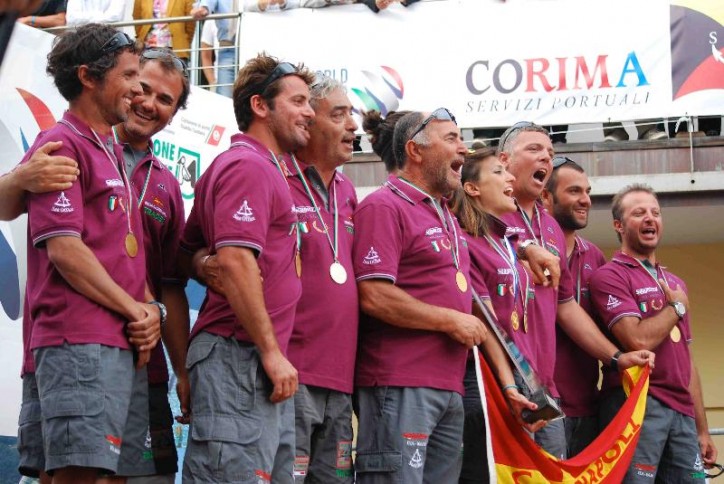 Classes B and C already have their share of strong contenders too, including two-time Class B World Champion Vincenzo de Blasio from Italy on his NM 38S Scugnizza, racing now in Class C, and 2013 ORC European Champion Ott Kikkas from Estonia racing another NM 38S, Sugar 2.

2016 ORC European Championship to be held in Porto Carras, Greece

The ORC Offshore Classes and Events Committee has recently approved the proposal bid presented by the Nautical Club of Thessaloniki for the 2016 ORC European Championship to be held in Porto Carras, Greece. Final approval will be made by the ORC Congress at the Annual General Meeting in November in Sanya, China. Dates are still to be determined, but may likely be at the end of June or early July, 2016.

"Porto Carras is a fantastic resort marina complex, and has a proven track record of experience hosting numerous other regattas and events," said Akis Tsalikis, Chairman of the Hellenic Offshore Committee. "The perfect weather conditions, excellent facilities, and close proximity to Thessaloniki make this in ideal location to host a major championship regatta like the ORC Europeans. We look forward to working with ORC to create a world-class regatta that attracts entries from the Eastern Mediterranean, throughout Europe and beyond."

"It is very encouraging to see our championship events attracting such strong interest from sailors, even from as far as the USA," said Bruno Finzi, Chairman of ORC. "Organizers as well seem to be very interested in hosting our regattas, since we now have both our major events determined for 2016 as well and bids for events out as far as 2018. This is a great message for sailors that there is such stability and strong interest in offshore sailing." 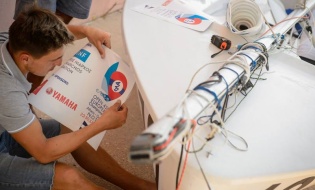 The race track showdown at the 2017 420 Open European Championships kicks off on Tuesday...