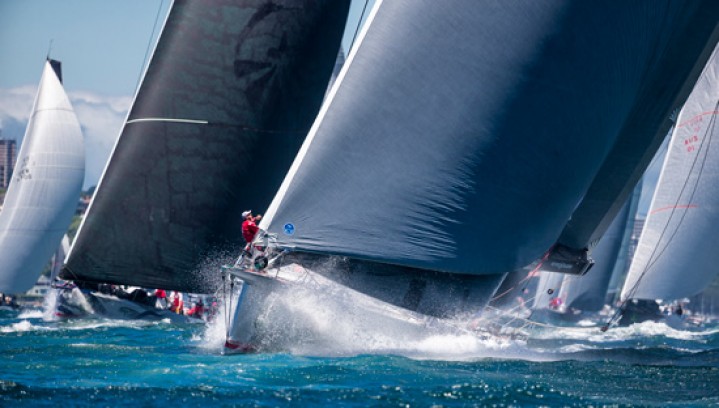 The largest fleet in over a decade, a strong international challenge, an enthralling contest for line honours and a host of anniversary celebrations – the 2014 Rolex Sydney Hobart Yacht Race promises to be the most memorable in years.

2014 marks the 70th edition of the race, a fitting occasion to pay tribute to an event that is an international yachting icon.

Inspired by Corinthian origins, the Rolex Sydney Hobart was first held in 1945 and has run every year since. Its appeal was immediate, its popularity and reputation grew rapidly. Over the course of its history, the race has paid homage to feats of bravery, extraordinary seamanship, speed and endeavour.

Flight of the fastest

Five 100-ft Maxis will contest the 2014 Rolex Sydney Hobart, all harbouring ambitions of being the fastest boat to Hobart and grabbing the international headlines afforded to the line honours winner. 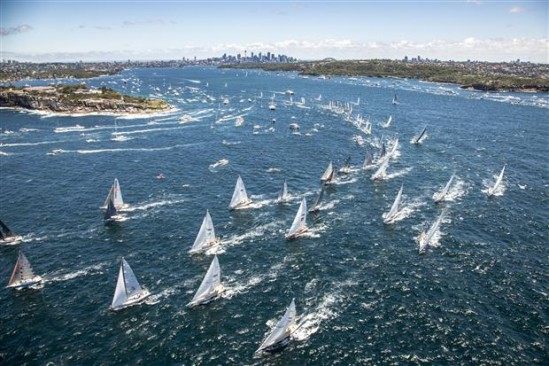 The most talked about entry is American Jim Clark's Comanche, the latest in Maxi yacht design, newly launched, sea-trialed, and shipped to Sydney, having selected one of the world's greatest ocean races for its competitive debut. "Working out how we unleash the potential without breaking anything is going to be a steep learning curve for us all, and that transfers to the race itself as well. We need to be going at full throttle but we also need to work out her limits," admits skipper Ken Read. "The other Maxis are all tried and tested in this race so we have a lot of catching up to do. But it is going to be a great first outing."

Defending line honours winner Wild Oats XI is seeking to make history by finishing as the fastest boat for a record eighth time. "Its pretty rare a boat of this age can still be competitive at this level of racing," explains skipper Mark Richards. "A wonderful owner like Bob Oatley continues to support us in the changes we want to make." This includes continual improvements to the boat's design and structure.

Wild Oats XI currently holds the race record: 1 day, 18 hours, 23 minutes and 12 seconds. "The (race) record is an elusive thing, it can stand for 20 years as we have seen in the past. (Breaking) it comes down to conditions," admits Richards. Wild Oats XI are fully aware of the threat a new contender like Comanche can pose. Back in 2005 Wild Oats XI won the race's triple crown within weeks of being launched.

Syd Fischer's Ragamuffin 100 has undergone so many structural changes that she's arguably a new boat; the skipper's expertise could prove a decisive factor in her assault for line honours.

118 yachts from ten countries and from all Australian states are entered for the start of the 2014 race.

This includes the defending champion Victoire that leads the charge of former race winners comprising Love & War, one of only two boats to win the race three times, and Balance (formerly Quest, winner in 2008).

While the true target of all competitors is to lift the Tattersall's Cup and receive the coveted Rolex timepiece awarded to the race's overall winner, the event has always valued the personal achievements of its participants.

Adding lustre to the occasion are some of the race's rich array of characters seeking to extend their proud and impressive records: Duende skipper Tony Cable sails south to Hobart for a record 49th time; Martin Power's Bacardi extends her lead as the boat to compete in the most Rolex Sydney Hobarts: 29; while Fischer becomes the race's oldest skipper, 87 years of age and sailing the race for a 46th time. 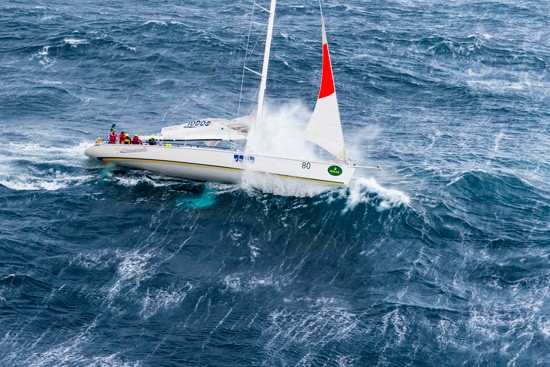 Ahead of this year's start around 30 yachts from the race's past will participate in a Parade of Sail, part of the celebration to mark the 70th edition.

A fitting Boxing Day appetiser for one of sailing's great occasions as Australia comes to a standstill for the 13:00 race start. Over one hundred yachts will embark on the 628-nm journey south to Hobart, all seeking to add their entry into the race's illustrious record books.

The Rolex Sydney Hobart Yacht Race is organised by the Cruising Yacht Club of Australia (CYCA) and has been sponsored by Rolex since 2002. 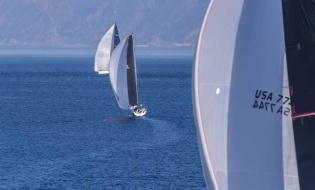 The Rolex Middle Sea Race is one of the world’s most compelling and challenging offshore...