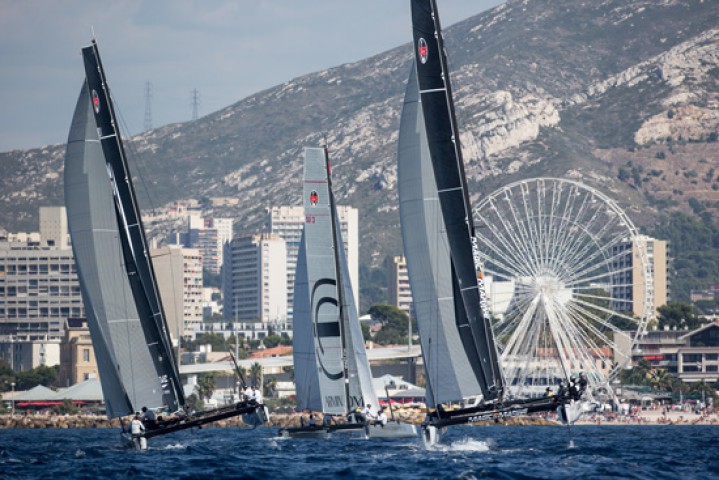 For 2015, its third season of racing, the GC32 foiling catamarans are to compete around Europe on a five event circuit known as the GC32 Racing Tour.

Representing the state-of-the-art in catamaran design, the GC32 is attracting considerable interest due to its conceptual similarity to the AC72 and AC62 foiling catamarans pioneered in the America's Cup.

However as the GC32s are smaller one designs with soft sail rigs, they provide both professional teams and private owners with the opportunity to experience airborne catamaran racing and all the excitement of the larger AC catamarans, but on a much more modest budget and on boats that are far easier to handle while still having the potential to achieve top speeds approaching 40 knots.

The season kicks off on the mountain-lined Lake Traunsee in Austria, where the boats will be based out of Gmunden at the northern end of the lake.

This will be the third occasion the GC32s will have competed on the picturesque lake after a successful event this year when the line-up featured sailors from the Luna Rossa and Oracle Team USA America's Cup campaigns.

Christian Feichtinger, CEO of the Traunsee event's organisers PROFS Marketing, said: "We are very excited about the latest development of the class. It has proof that we took the right decision two years ago when we started with GC32 races on Lake Traunsee.

The past two events were quite successful, but we can´t wait to see more boats and more action on our waters. We believe that this is the best sailing product on the market right now and we are proud of being part of it."

Link to YouTube videoAfter two GC32s competed in the 2014 J.P. Morgan Asset Management Round the Island Race, with one claiming line honours in what was one of the lightest events on record, the GC32 Racing Tour returns to one of world's most historic race courses – the Solent.

Here, during the circuit's UK stopover, racing will take place over three days before the grand finale in which the GC32 fleet will once again race around the Isle of Wight.

While the Round the Island Race was first held in 1931, this course was also famously that of the first America's Cup held in 1851 (when it ran in the opposite, clockwise direction).

As organisers of such an iconic yacht race, we continually work hard to broaden its appeal to our worldwide audience, followers and race partners."

Full details of the GC32 Racing Tour's German stopover will be announced soon, but will be followed at the end of August by a new event being held off the beach at Fiumicino, just 8km from the centre of the Italian capital, Rome.

With Italian sailing fans being enthusiastic supporters of the America's Cup and fielding their own team, the Trofeo di Roma is certain to attract the crowds.

The GC32 Racing Tour once again will culminate at Marseille One Design, where the GC32s will participate alongside other foiling classes.

Backed by the Ville de Marseille in the build-up to the French Mediterranean city becoming European Capital of Sport for 2017, racing will once again take place on the waters of the Rade Sud to the south of Marseille's main city centre. At the end of Marseille One Design the GC32 Racing Tour champion will be decided.

In 2015 Marseille will also be the venue for an early season training regatta both for teams and race management, a 'Pre-Event' to be held over 16-19 April. 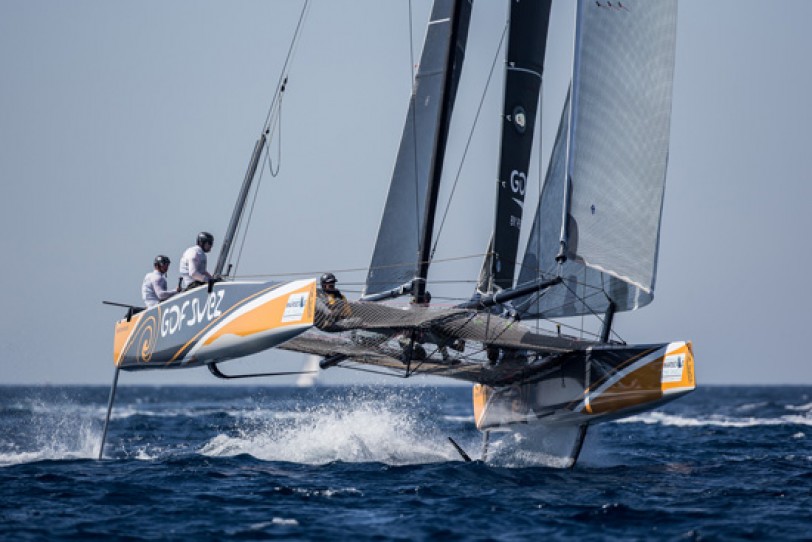 Didier Réault, Deputy Mayor of Marseille in charge of maritime affairs, commented: "The Marseille One Design 2014 showcased the extraordinary progress that has been made in sailing via your amazing GC32s. On behalf of the City, I am delighted that your class association has chosen to host its first gathering of the season at the Roucas Blanc Nautical Arena in April 2015. I'm also especially thrilled that you'll once again round off your European tour in our harbour, within the context of the Marseille One Design 2015. In fact, we're imagining that at the end of this final race in September, some of your crews might winter and train in Marseille as they wait for the warm-up sessions to kick off on our waters once again in the spring of 2016."

The standard format for each event will be to run between six and eight races each day. However PRO David Campbell-James is being permitted some flexibility with the race schedule to include speed trials, long distance races and other formats at his discretion.

As always there will be an opportunity for VIPs, journalists and corporate guests to sail on board the GC32 foiling cats during racing as a 'sixth man', provided conditions permit this.

GC32 Class Manager, Christian Peer concludes: "In the name of everyone involved in this Class, I would like to thank the organisers for their support and trust. The 2015 schedule is covering great sailing markets and most of our teams next year will sail once in their home waters. We thank Laurent Lenne for his support and look forward to seeing new teams coming to join us for 2015. All in all we are very happy with the current situation."

A minimum of six to eight teams will compete in all the events with new participants already signed from across Europe and the USA in addition to GC32 founder Laurent Lenne's SPAX Solutions team and Marwin Sailing Team of Swiss Olympic Star sailor Flavio Marazzi. 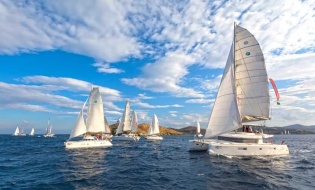 The CATAMARANS CUP International Regatta, a unique race of sailing catamarans, came to a successful...